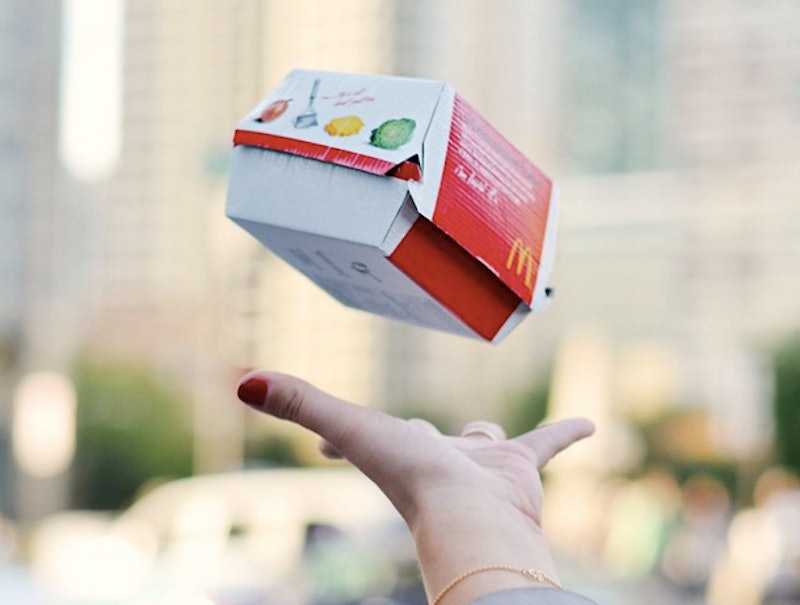 Let October 6th be henceforth known as the newest National Holiday, because it is the day that McDonald's is kicking off its new all day breakfast in 14,300 locations worldwide — and if you think that people aren't going crazy about McDonald's all day breakfast on Twitter, you are QUITE wrong. And also you clearly have questionable priorities when it comes to both social media and fast food. GO LIVE YOUR BEST LIFE, EVERYONE. Or at least get ready to live it next month when you can eat an Egg McMuffin at 11 p.m. like a damn American should.

I'm not going to lie, guys. I've been so excited that I have actually tweeted at McDonald's about all day breakfast in the past — nay, not even at them, I was just musing via tweet about how glorious it would be. I thought it was like shouting into an all day breakfast void, but Mickey D's was on that like ketchup on a hash brown. The day they responded to me on Twitter about it was basically the closest I've ever felt to #CelebStatus, so hopefully they'll be hitting up all these other loyal breakfast bandwagoners who are tweeting off the hook in celebration. Here are some of the most hilarious Twitter reactions to the #AllDayBreakfast announcement: