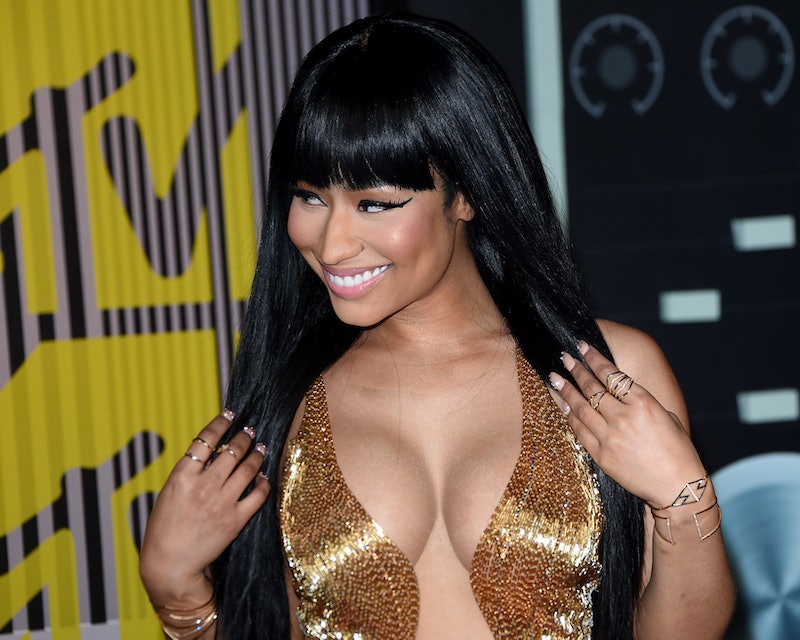 There were quite a few 'wtf' moments during the 2015 MTV VMAs (but, I mean, with Miley hosting, could we really expect anything different?). One of the most memorable moments of the evening was the uncomfortably terse exchange between Nicki Minaj and Miley Cyrus in which Nicki called out Miley for talking bad about her in the press. Nicki, after accepting her VMA for Best Video, called Miley out and finished her off with a ferocious "What's good?" Nicki's VMA diss has spawned a massive viral response, with a trending #MileyWhatsGood hashtag and a smattering of hilarious #MileyWhatsGood memes that are spreading like wildfire.

Though internet culture can have its drawbacks, I am of the opinion that memes are one of the best pop culture artifacts to spring from contemporary culture. The rapidity with which an incident like the Minaj/Miley VMA face-off can spawn memes and paraphernalia never ceases to amaze me. For just a brief glimpse of what I'm talking about, here are a few choice #MileyWhatsGood memes that prove Nicki Minaj's prowess at dealing with beef. I am sure that this is just the beginning of a #MileyWhatsGood phenomenon and let's hope these witty Miley memes keep on coming (at least until the next viral movement sweeps the nation and the internet).

If You're Reading This...

I heard what you said. What's good.

You gotta get back up on stage and host after being publicly shamed.

Bitches Be Gossiping In The Districts

I heard what you said, Gale.

Got a lot of enemies.