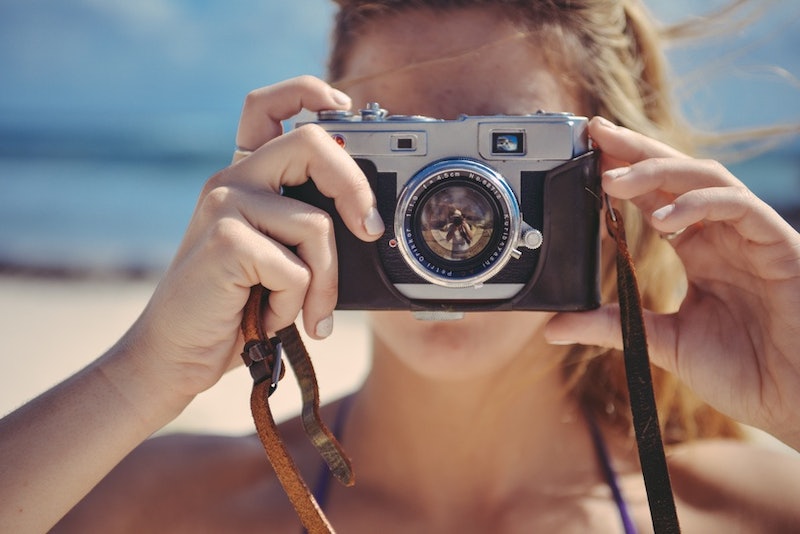 The reason so many people struggle with understanding who they are and what they want is not that they don't know, it's that they're more or less conditioned to immediately compare that instinct to what others would consider "right." Since the day we're conscious enough to understand, we're policed and drilled into feeling, behaving, thinking a certain way. A lot of this is for good reason. A lot of this is beneficial and necessary. But then, when we get to the arena in which we generally have not a clue how to conduct ourselves (emotional intelligence, generally being humane, etc.) and... well... you get the picture.

Often we don't even realize we're not being ourselves around others, but we do pick up on generally not feeling at ease or as though we're accepted. It's hard to be vulnerable enough to connect in that way, but it's harder not to. Here, all the subtle feelings you'll begin to experience before you realize you've put your Truth (note the capital T) on the back-burner:

A Desire To Be Alone Most Of The Time

A Hatred For "People" In General

Grouping "people" and their behaviors and negative faults altogether into one mass that you feel you cannot stand is usually a pretty good indicator that you're suffering from a disconnect to yourself. You are a person. What you see in others is a reflection of yourself. What you see in yourself you are projecting onto "everyone."

Otherwise known as, you know, "social anxiety" (but I wasn't going to put that phrase to it, as its more clinical than not). If you recognize that a lot of your upset comes from feeling as though social situations are scary catalysts that are out of your control, yet another coexisting (or even more intense) anxiety is that you feel as though nobody accepts you or that you want friends or that you do desire social interaction, it's probably a matter of not dancing with the one who brought ya. (Which is you, by the way.)

A Need To Be Performative About Basic Things

A good example of this is not being able to leave the house without makeup on, or other day-to-day behaviors that create an image of "you" that suddenly become "musts" or anxiety triggers if not acted on religiously.

Simply, it means that you're in love with how other people will perceive your existence, as opposed to how it will actually be. This is maybe the biggest sign you're not trusting yourself and your opinion over other peoples' (which is the only reason you're not being yourself around others — it's not that you don't know who you are, it's that you trust their opinion more than you do your own).

A Lack Of Genuine (Or Meaningful) Connection

You have friends, you have acquaintances, you even have a best friend — yet often, you can sense a sort of disconnect between you, or it feels as though you're not completely "getting" one another.

An Out Of Character Kind Of Clumsiness

You'll trip on your words, feel like you said the wrong thing at the wrong time, or just generally feel a little out of place. This is what happens when we are consciously trying to construct our experiences with others as opposed to just being ourselves and letting them flow. The ironic thing is that being "yourself" usually gets you where you thought "trying to be someone else" would in the first place.