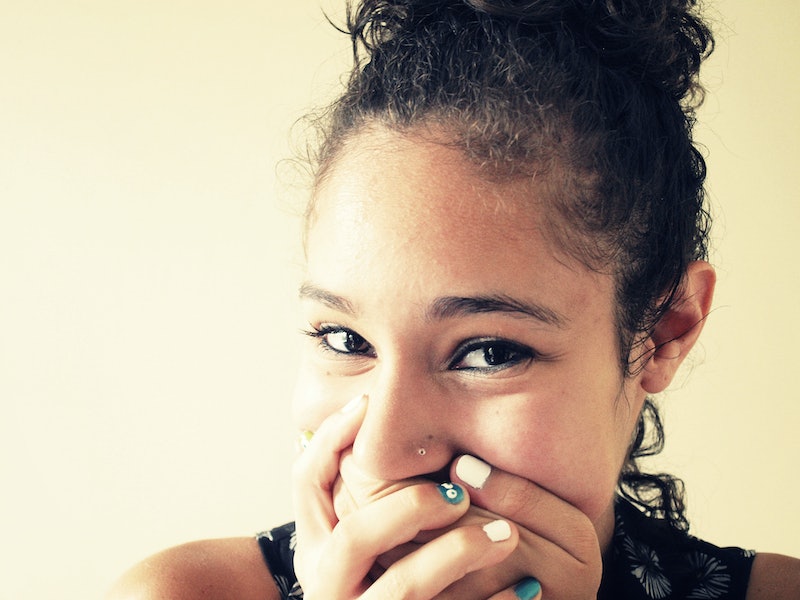 Our culture has a very narrow definition of sex. Although we’re having all kinds of sex — oral sex, anal sex, digital penetration — only penis in vagina sex is usually considered to be “real” sex. Probably due to our puritanical, sex-phobic heritage, Americans tend to believe it “doesn’t count” unless a penis goes in a vagina. That’s why it makes sense, then, that a lot of people still don’t think that cyber sex is “real” sex. I mean, that belief kind of does makes sense, right? However, just as we've accepted technology in to a range of other parts of our life, it's time to accept that doing it digitally (in the online sense, not the fingerbanging sense) is real sex.

Cyber sex is relatively new but it’s not that new. Back when I was a horny young teenager in the ‘90s, “cybering” consisted mainly of talking dirty to strangers in AOL chatrooms. But a lot has changed since those days when creepy old men would say dirty things to me because I told them I was 17 (I wasn’t) and blonde (not that either). Now we have super fast connections, texting, and video chat. (Confession: I’m still totally blown away by how incredible it is that we can see each other’s faces from across the world when we talk. I can’t be the only one, can I?) All of those things have created new ways that we can have sex with each other.

1. There Are So Many Different Kinds

As with sex IRL, there are so many ways to enjoy cyber sex in 2015. There's sexting, talking dirty, sending sexy pictures, video sex, camming, even sex work! We are exposing our bodies (and our minds, in the case of messaging) to each other with the goal of getting off. Just because we can’t touch yet (and there are plenty of entrepreneurs furiously working to fix that) doesn’t change the fact that we’re still able to enjoy sexual pleasures.

2. There Are Real-Life Consequences

Which is not say you shouldn’t send them — nude photos can be super hot. All it means is that you’re taking a risk, just like you do every time you have physical sex with someone.

Whether you’re getting it on in person or over chat, sex toys are an awesome addition to sex. There are even toys that help you connect over a long distance, as well as a bunch of amazing sex robots that people are working on furiously for future fun. And people say engineering isn't sexy.

4. You’re Getting Another Person Off

Sometimes sex via chat can seem especially not “real” because you can’t see, hear, smell, or touch your partner. But there really is another person on the other end of those messages, even if they’re not 17 and blonde. Though with cyber sex, you are taking sexual actions with the intended result of turning someone on and, hopefully, getting them off. Sounds like sex to me.