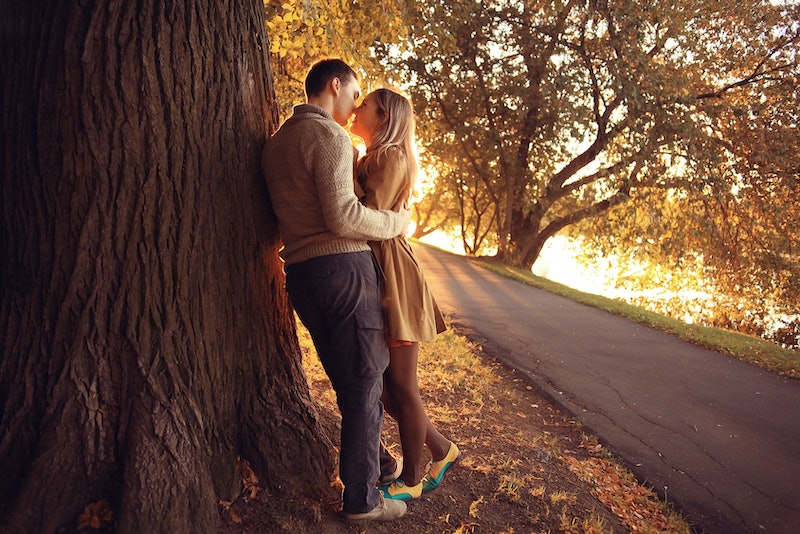 Colleges are ranked by a number of factors — class size, post-grad success, and greek life to name a few. But one aspect the review books don't cover is hookup culture. Luckily, there's an app for that. Dating app Clover examined the sexual activity at colleges and universities across the United States this past spring to determine the best colleges for hooking up, kinky sex, and overall sexual appetite. And if there's one thing college is known for, it's the sexual experimentation. Why else are the university health clinics bursting at the seams with free condoms?

The Clover survey found that when it comes to kinky and casual sex, the southern states are where it's at. James Madison University in Virginia reported the most amount of hookups, while the University of Georgia in Athens is where the kinkiest of the kinky students reside.The study didn't specify what constitutes as kinky, but let’s just hope it involves at least a few sets of handcuffs.

So, if you find your upcoming semester isn’t what you hoped it would be on the sexual front, then these schools might be more your scene.Here are the 10 best colleges for having some sexy fun and putting all those free condoms to good use.

The Colleges That Want Hookups The Most:

Coming in at number five, the University of Maryland, situated in the appropriately named town of College Park, is a school where you’ll find some pretty hefty hookup behavior. It’s also relatively close to D.C., so maybe you can snag yourself a future politician too.

At number four is the University of Oregon which calls Eugene home. While it may only be fourth on the list, it’s nice to know that if you end up going to school there you’ll have something to do with all your extra time, since it appears to be quite a distance from a major city.

Situated between Topeka and Kansas City is where you’ll find number three on this list, the University of Kansas. What makes hooking up so essential to this school, again, might be the fact that it’s sort of in the middle of nowhere.

With some of the snowiest winters out there, it makes sense that the University at Buffalo, located in upstate New York, would make this list. I mean, having sex is the best way to stay warm, right?

If you want to spend the next four years (or five for those slackers out there) hooking up, having delicious casual sex, and enjoying it all in a fairly warm climate, then James Madison University is your best bet. It’s here that you’ll find students who, at least when it comes to priorities, put sex high on the list.

In fifth place when it comes to kinky, we have Northwestern University. It’s also a school for smarty-pants, so you’re not just getting your body stimulated, but probably your brain, too.

There are over 40,000 undergrad students enrolled in Penn State every single damn year. What does that mean for your average kinkster out there? An endless supply of people with whom all your Fifty Shades of Grey-inspired fantasies can be made into a reality.

Coming in at number three on the list, is Texas State University. I think we can all agree that it’s not terribly surprising that such a Republican state would have an abundance of those who want to be kinky in bed ― it’s always the ones who pass judgment publicly, who get crazy behind closed doors.

Iowa State University is another school that’s in the middle of nowhere, which, by all accounts, just spawns fans of kinky, because what else is there to do? Pick corn?

The top spot for kinky students goes to the University of Georgia. My knowledge of Georgia is fairly limited, except for what I learned from Midnight in the Garden of Good and Evil, but I’ve been told that Athens is to Georgia what Austin is the Texas. If that’s truly the case, then the freak flags fly high here and that’s a great thing.