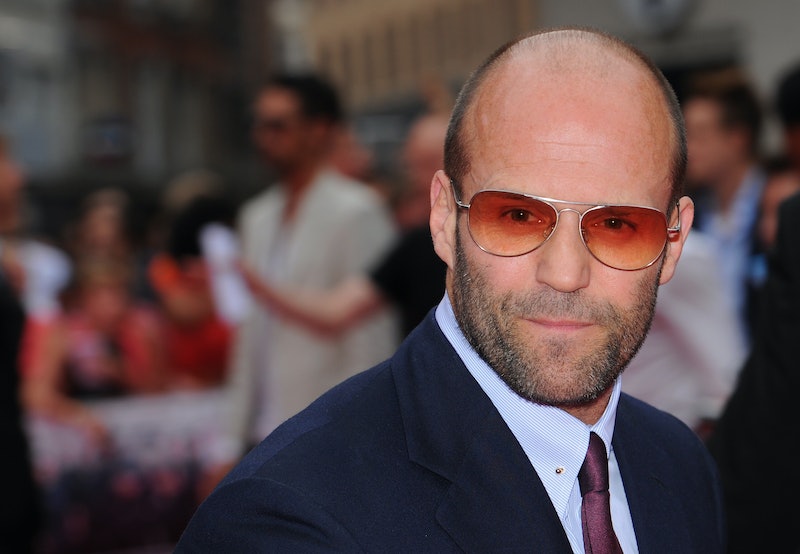 Jason Statham brought the 2002 French action thriller The Transporter to iconic status with his portrayal of Frank Martin, a courier with a no-questions-asked policy and some crazy precision driving skills. He reprised the role in Transporter 2 in 2005 and Transporter 3 in 2008, all while also showing off his acting talents and martial arts skills in other movies. This month sees the release of The Transporter: Refueled, the fourth film in the series. There's just one minor detail: Statham isn't in it. Instead, the role of Frank Martin is played by fellow Brit Ed Skrein. So, um, where is the original Frank? And even though he was replaced in this installment, will Jason Statham ever come back to Transporter ?

From the looks of it, the answer is a definite "no." Basically, Statham's absence in Transporter: Refueled was his choice- and it was pure business. The actor told Vulture, "It was obviously a great experience doing those films, and I would have loved to keep doing it. But they wanted me to sign on and do three more films without even seeing a script, and they offered me less money to do three than I'd get paid for one! So it was a business decision."

It's Too bad, but understandable — the star clearly knows his worth. That being the case, he was quick to move on to the next project; or rather, the next several projects. Here are some non-Transporter features where you can see Statham now and in the coming months and years.

Statham played CIA agent Rick Ford in this action/comedy starring Melissa McCarthy, which had its U.S. theatrical release in June. Spy was a step outside his usual territory, which Statham greatly enjoyed. Speaking of shooting with Melissa McCarthy and Paul Feig, Statham told Collider: "Everyone is just so good at what they do. And so you just get dragged into that world of goodness. And yeah, I f*king loved it. It was the most enjoyable six weeks I’ve had in well over 10 years."

The actor will reprise his role of assassin Arthur Bishop in this sequel to 2011's The Mechanic. The film also stars Jessica Alba and Tommy Lee Jones, and is currently slated for a release date of Apr. 26, 2016.

Statham joins The Rock and Vin Diesel for another round in the massively lucrative franchise. The film has a reported U.S. release date of Apr.14, 2017, so let's hope that everything stays on schedule!

There *may* be another Crank movie in the future, and if it happens, Statham is on board. He told Entertainment Weekly, "We’ve been talking for years about Crank 3 . The first Crank, for me, was such a great experience....We just keep going: 'How are we going to get this off the ground?' They have a loose idea. They haven’t written the script." Keep your fingers crossed!

With a resume almost as bountiful as Fast and Furious' budget, Statham is a force to be reckoned with. He certainly hasn't lost any renown as a result of his departure from the Transporter franchise, and in the time it took you to read this article he's probably already earned back the money he sacrificed by taking a pass on the sequels. And as much as Statham's Frank will be missed, two hours of looking at Ed Skrein isn't too bad, either...