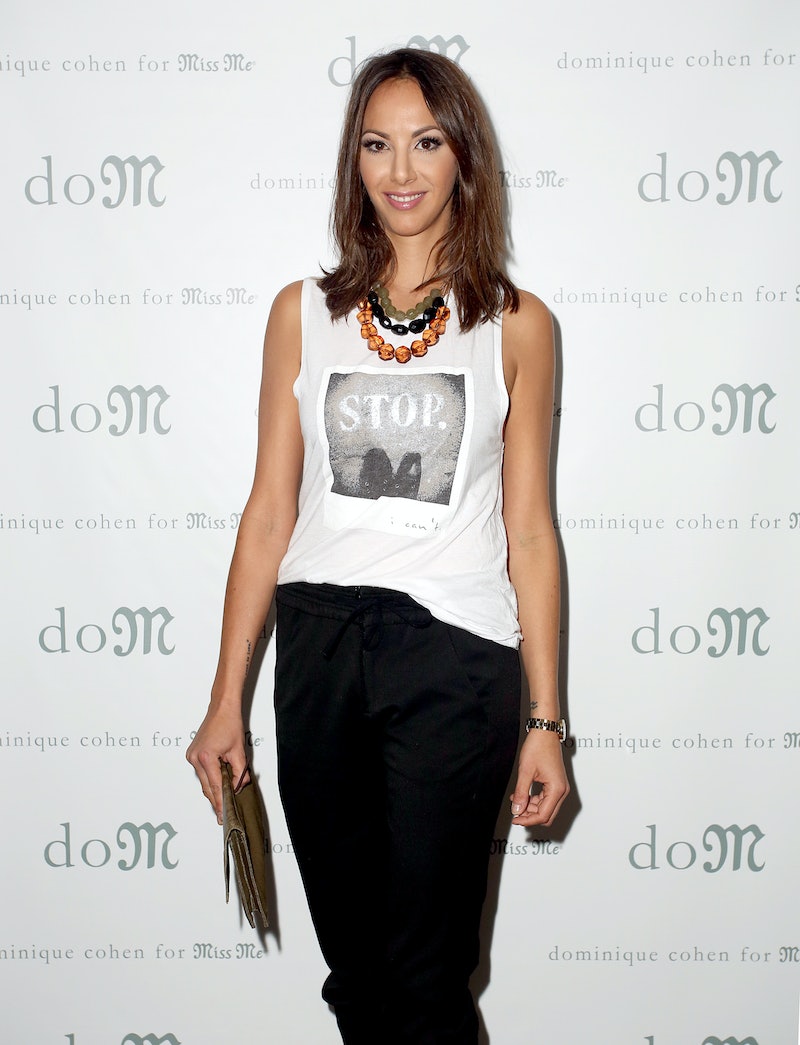 Well, that was fast. On Wednesday, it was revealed that Vanderpump Rules stars Kristen Doute and James Kennedy broke up — finally. With that said, according to Us Weekly, Kristen has a new boyfriend named Brian Carter. However, seeing as Kristen and James split while filming Pump Rules Season 4, it appears their breakup happened a few months ago. So, I guess her new relationship isn't that sudden.

Anyways, Kristen is beyond thrilled to be done with James. I mean, she did tweet she is "#FreeAtLast" and ready to so be done with her former flame. On Thursday, the 32-year-old shared pictures from the San Diego Zoo, where she hung out with her Pump Rules co-stars Scheana Marie and Mike Shay. Her new man, who apparently goes by just "Carter," was also there. As you can see below, the two posed with a giraffe. She had so much fun in fact that Kristen said it was "the best day of her life." Funny, I thought that day would be reserved for when she got fired from SUR.

Whatever the case, Kristen looks happy with the new guy. So, just who is Brian Carter? Lucky for you, here are some more details about the dramatic reality star's new man.

He Has A Beard

Obviously, he has a beard. But, he seems to be proud of it. I mean, his Instagram handle is "itsarealbeard."

He Knows The Vanderpump Rules Cast

Yes, that is Vince Vaughn in the red.

Yeah, he totally took a private jet to see T. Swift in concert. And he had front row seats.

Does this mean he's into photography? There's a good possibility.

He Knows How To Party

Yeah, he'll fit right in with Kristen and the Pump Rules cast...