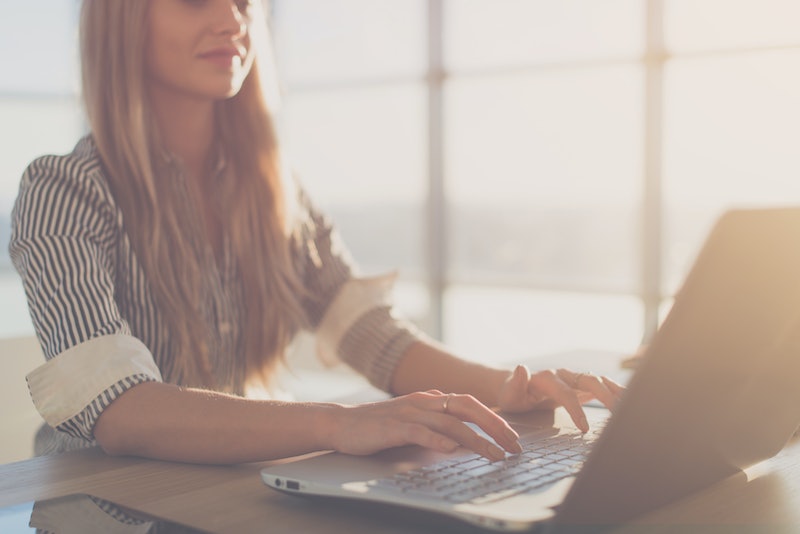 Have you ever wished spell check could correct offensive language in addition to improper spelling and grammar? Then JavaScript tool Alex — whose slogan is "catch insensitive, inconsiderate writing" — has come to the rescue. As you type, Alex lets you know if a word or phrase you're using is sexist, heteronormative, cissexist, or any of the other lovely forms of discrimination lurking within the English language and suggests other options.

Developer Titus Wormer told The Daily Dot that he created the software after seeing a tweet from a developer of color regarding the software engineering terms "master" and "slave." To avoid these problematic terms, Alex changes "master" to "primary" and "slave" to "replica." It also replaces "maiden name" with "birth name" and "he" with "they" when the antecedent is not clear. Wormer recommends using it for job descriptions or CVs, in addition to software code.

You can find installation instructions on Alex's Github page, or you can head to the JavaScript tool's website for a free demo. Alex is open-source, which means that other developers can contribute code, and non-developers can also contribute by getting in touch with Wormer via Twitter or email. I tried out the demo to see Alex in action; here's what it looks like:

As expected, there are no issues with "Hi." Whew! If there were, I'd be offending a lot of people every day without realizing it. Just for kicks, I also decided to check my latest article:

Actually, the "his" in that sentence is definitely referring to a man, but better to catch more mistakes than necessary than to leave anything out!

I can already hear the dissenting comments about how Alex is acting as the "PC police." And that is kind of what the code is doing! But there's nothing wrong with that. Being politically correct just means being considerate of perspectives other than your own. When we diss political correctness, we're basically dissing people's right to feel respected. Political correctness is not about being condescending or superior; it's about making sure nobody is harmed by damaging language. And I happen to think that someone's right to not be hurt is more important than someone else's right to hurt them. Thankfully, those who complain about the effort required to be politically correct now have no excuse (at least when they're communicating in writing), because now there's a program that does the correcting for them.