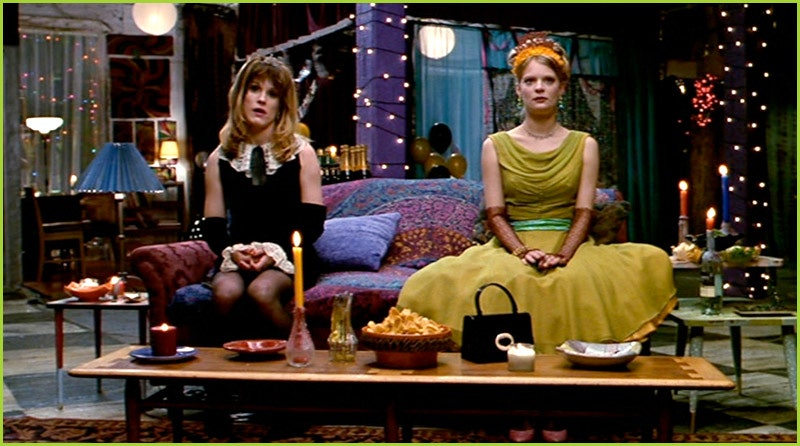 Hating New Year's Eve is understandable. Like Halloween — probably my favorite holiday and also the most routinely horrible night of my year — the pressure to Have A Good Time or Do Something Special on New Year's can create unrealistic expectations and stir resentment, even in those who aren't generally neurotic types. Plus, a lot of things about the night are objectively awful: Crowded bars, overpriced party packages, a lack of available taxis, the sadness of watching drunk women try to walk in really high heels.

But New Year's Eve doesn't have to be the worst, really. "The difference is being honest with yourself," clinical psychologist Josh Klapow told the Los Angeles Times. Hit the biggest parties or bars if you will, but "if you aren't being true to yourself, you're just setting yourself up for disappointment." In other words, if you hate drunks, dresses, or champagne most of the year, don't pretend like you're suddenly gonna find them charming come December 31. Here are a few other suggestions for having a not-terrible New Year's night.

1. Aim low no matter what

My preferred method for coping with New Year's Eve is to be very zen about it: No attachments, no expectations. I try to make the most appealing plans I can and then prepare for a perfectly ordinary night. Expect frustration or boredom, and you'll find them; expect the Best Night Ever and you'll be disappointed. So just have an open mind about the evening. If anything mildly entertaining or exciting happens, the night will have wildly exceeded your expectations.

2. Embrace your decision about the drink package

One of the most tirelessly loathsome aspects of New Year's Eve is the overpriced party packages that a lot of places require you to purchase. Maybe "all you can drink" in well drinks is, like, one. But sometimes all your friends are doing it, or the place you really want to go requires it. In these cases, the best thing to do is make a decision and then embrace it wholeheartedly. If you decide against it, don't let friends make you feel guilty about opting out. If you decide to pay, don't dwell on it. That's a surefire way to kill your fun for the night.

You know who aren't fans of forced drink packages and sparkly headgear? Old men. For a chill, cheap New Year's Eve, just grab some friends and hit up your local dive/neighborhood bar. Bonus: You can wear whatever the heck you want, and they might even set out free cheese doodles.

Commit to a chill night that's guaranteed to leave you feeling better than champagne and bar food will come January 1. Rebecca Tracey, who has been midnight yoga-ing four new years in a row now, says New Year's Eve yoga "lets you have a little internal reflection on the year ahead, while surrounded by a sweaty room full of other people (read: you won’t feel like a total loner, like you would sitting at home eating Doritos and “accidentally” flipping past the channel showing the countdown, pretending not to care).

Step 1: Invite some friends over. Step 2: Stock up on champagne, pigs in a blanket, and kale chips. Step 3: So many possibilities. Uncaged suggests anti vision-boarding with friends on New Year's eve:

Grab a bottle of scotch, get fellow NYE haters together, and get your hate on in a ceremonial ritual. Start by going over the past year and looking at all the shitty things that happened. Breakups, fights, mistakes, regrets, getting fat, being lazy, lack of productivity. Whatever went wrong for you this past year, get mad at it. Get pissed. How could you have let yourself get to that point? You know better. How could you? Now, find something simple (an image, or a small object) and put it in an envelope or small box. When you feel like you’ve gotten all of your crap, represented in trinket sized bits — light a fire and BURN BABY BURN. Physically and emotionally burn it away. And while the fire’s blazin’, vow to never let yourself get into such shitty circumstances ever again.

Doesn't that sound like fun? You could also: watch New Year's movies (I recommend 200 Cigarettes); try to get a buzz off cough syrup, like my friends and I did circa New Year's 1998 (though I don't recommend this); or dress in weird headgear and have a dance party to Animal Collective, like we did circa 2009 (this I definitely recommend, though it'll probably be less embarrassing for all future parties involved if you don't film it).

Or, you know, just hang out. Friends, food, and drinks are really all you need, no?