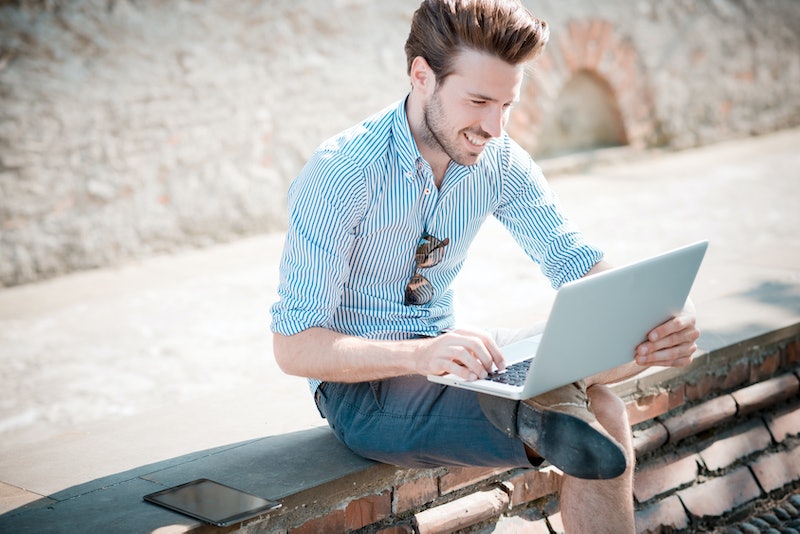 Ladies, a word to the wise: If your man is working with a below average penis, please do not call him out on Facebook for it. Perceptions of masculinity and manhood can seriously impact a man's self-worth, and while it's not our job to carefully guard their egos at all times, it should go without saying that tagging your dude in a video about sex positions for small penises is not going to end well.

Surely you don't need me to tell you that penis size doesn't really matter, but that doesn't stop men from being insecure about it, and it certainly didn't stop men from getting pissed as hell when various women tagged them in the Facebook comments of our recent video. Listen, I totally get it: It's like rubbing salt in the wound, even if the girl was only joking. No one wants to hear snide remarks from their friends about their penis size, especially not on social media. However, some of the guys commenting on this video would do well to remember that A) The video just offered some friendly suggestions that men of ALL sizes could try, and B) No one will be burned at the stake for having a penis that's under 10 inches.

Here are 10 of the most hilarious (and cringeworthy) reactions men had to our controversial video about sex positions for smaller penises. Break out the popcorn, it's going to be a crazy ride.

1. This Guy On The Lookout For Infidelity

2. This Guy Who's Keeping It Practical

"Some of these positions hurt your knees."

3. This Guy Who Doesn't Want Anyone To Get It Twisted

"My d*ck big and I been using these."

4. This Guy Who's Concerned For His Fellow Men

"'____, your penis isn't small, but check out these positions.' Ladies, if you tag your men on this, they'll forever live with depression for the public humiliation."

5. This Secure Guy Who Keeps It Real

"It's not the size of the boat. It's the motion of the ocean."

6. This Guy Who Claims The *Animated People* In The Video Suck

"I'm a lot better than that video."

"Why didn't they mention the stuffed turkey position? I'm sure that works too...."

(Seriously though, am I missing something here?)

8. This Guy Who's Pissed That We Aren't Creative Enough

9. This Guy Who Is A Surprisingly Good Sport

10. This Guy Who Knows Education Is Key

"I'm weak, we need to cover this in our next sex ed class."