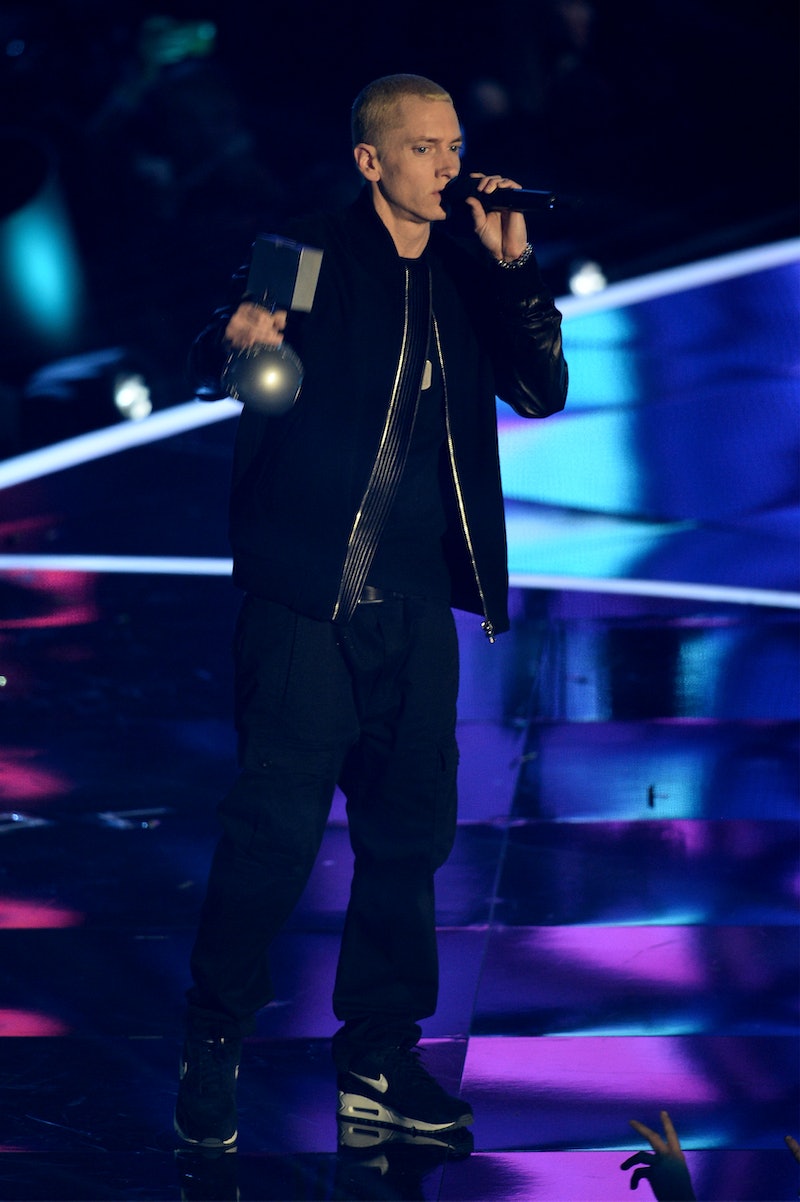 I know, I know. it seems futile to post any "news" about music videos being released other than the 17 that were gifted upon the world at exactly 12 midnight on December 13, 2013 by the Lord and Savior Beysus Knowles-Carter. Nevertheless, I shall report that Eminem and Rihanna just released a video for their single "Monster." (Feels a bit delayed, no?) The video fittingly premiered before a Detroit Lions game, perhaps in hopes that the stadium would use less stings from "Lose Yourself."

The duo start off in a psychiatrist's office where Ri-Ri taps her claw-like nails and scribbles down notes as Marshall Mathers goes down the rabbit hole of his past videos and career in the spotlight. And then we cut to Eminem on an elevator witnessing his biggest moments flash before his eyes more light a nightmare than a dream. Rihanna then sings in a dark dystopian warehouse.

And now since reading that very description I wish Stefon was still on SNL. New York’s hottest club is Monster. It has everything. Eminem stuck in an elevator. Rihanna dancing in the shadows. And what’s that? Elton John from a late 90’s MTV performance! However, Weekend Update’s city correspondent isn’t the only thing Eminem’s new video reminds us of. We found a handful of films that “Monster” totally looks like (That aren't 8 Mile).

Does Rihanna Dream of Electric Sheep?

Did Eminem Just "Incept" Himself?

IT'S SO HARD BEING FAMOUS. Go cry us a river, Marshall

Rihanna is Not the Only "Clever Girl" We See Here:

Eminem, if you purposely made the last scene of your video look like the raptors from Jurassic Park, props.