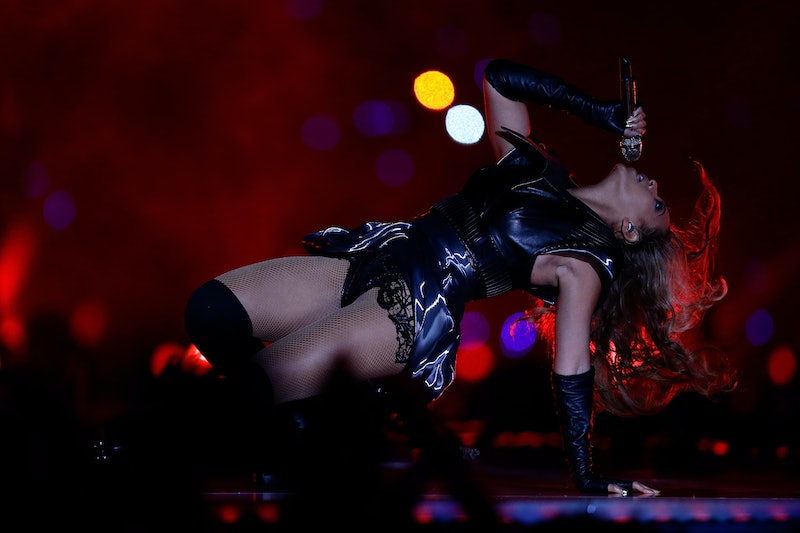 Not only did Beyoncé record an entire album without anyone catching wind of it, but she also shot 17 music videos. SEVENTEEN. And we had no idea. Twenty-four hours ago, we lived in a pre-BEYONCÉ era. We didn't know the world was about to be changed. We couldn't have predicted it because she managed to keep the entire project under wraps. Don't ask me how she did it, but she did it. "Impressive" is an understatement.

I can't even deal with the music videos. They're not basic-ass lyric videos or screen saver graphics. They're actual music videos with story lines and costumes and themes and whatever else you expect from a music video. Bey does not phone it in. She is incapable of phoning it in.

Here are previews of all of the music videos. I've power ranked them. Just the videos, not the songs. It was not an easy task. You try being handed 17 perfect videos and arranging them in preferential order. I took a lot of water breaks. Feel free to disagree with the list, because I'll probably disagree with the list tomorrow. Just a few hours ago, I was convinced my favorite song/video was "Haunted." It is now my fifth favorite. Who knows where it'll rank for me tomorrow.

The sparkly mask and corset, the sparkly swim cap, the shoving of the feet at the 1:51 mark, Bey's butt, and all. Of. The. Dancing. Holy cannoli. This video is hot hot fire.

OH MY GOD. SHE WORKS IT OUT SO HARD. I can't stop doing the "I woke up like this" move. Also, Skeleton Groove. AHAHAHAHAHAHA.

The close up shots of Bey's exquisite face are out of this world. Bey dances around in a tube that looks like its made out of pantyhose. And then she dances in body paint. It's a minimalistic video, but it's so cool.

She dances on the beach in a bikini. Oh my god. She dances so hard. I'm obsessed with the part when Jay Z shows up and Bey dances around and makes hilarious/awesome faces.

Old home movies have been doctored so the young Beys sing the "Grown Woman" lyrics. It's so weird. But I love it. The video only gets weirder from there. So of course, I still love it.

Bey sort of holds someone who is painted like a statue. Is it a Pietà reference? Maybe. What else happens? Oh, just A DANCE BREAK IN THE SAND. There's also lots of strobe light dancing. And modern dancing. And scarves.

This is so dang cute. Bey goes to an amusement park and hangs out. I want to ride a roller coaster with Beyoncé. Seems like a genuinely fun time.

Bey hangs out in her hometown of Houston. She pumps gas. There are adorable kids. There are souped-up cars. And then there's a strip club.

Ugh the costume she wears during the church scenes is gorgeous. Bey cries. All of it wrecks me.

Bey's in a balaclava. Lots of Bey underboob. There's a riot. The Frank Ocean guest spot and the cameos made by Kelly Rowland, Michelle Williams, and Pharrell are all top notch.

The not-so-glamourous side of beauty pageants. There are pills and weigh-ins and measurements taken and purging and cotton ball eating and plastic surgery and petroleum jelly on teeth. The "What is my aspiration in life?" part?! UGH I'm WEEPING.

Roller rinks are fun, but like, no music video could compete with the lyrics of "Blow." The blacklight workout gear is incredible. That blacklight orange lipstick is a dream.

Uh oh. Bey in her skivvies. Lots of water. An image of a drill. UH OH.

Very decadent. She wants to be a normal human, so she goes out for a walk but everyone is like, "OMG BEYONCE." And she also might be worried about her dude? I think she's jealous of normal humans and maybe another woman? I'm trying, you guys.

Reading this list back gives me a panic attack. I don't know how I managed to compose it. She's so ***flawless in every video. How is someone so radiant all of the time? Oh, that's right. She's Beyoncé Giselle Knowles-Carter. She is radiance. She is perfection. She is my Queen.