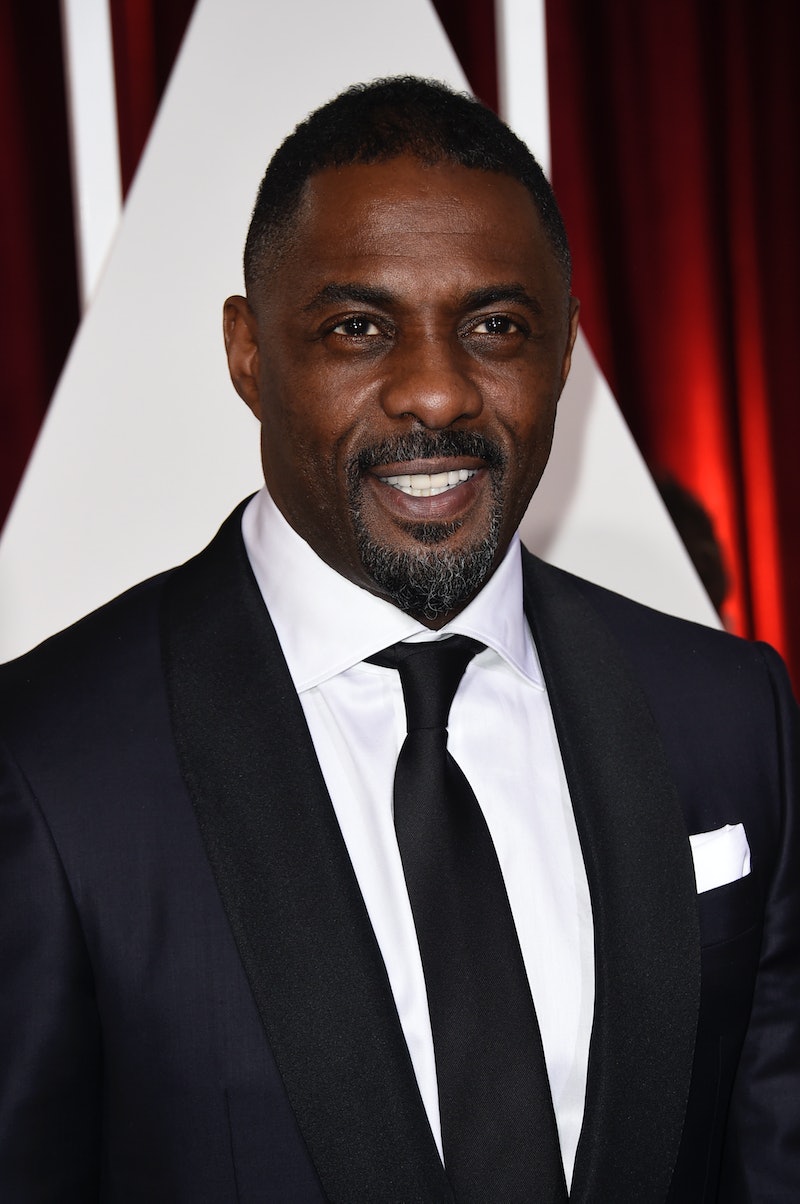 There's one person who hasn't had that much to say about whether or not Idris Elba will play James Bond in upcoming 007 films, and that person happens to be Elba himself. The actor, best known for playing Stringer Bell on The Wire and DCI John Luther on Luther, recently revealed in a Variety cover story what he thinks it will take to make him James Bond, and he definitely seems open to the possibility of playing the role:

If human beings want to know if there’s any connectivity between all of us, the one thing I’ve heard around the world universally is that, ‘You’ll be great at James Bond!' If it should happen, that’s proof there’s connectivity amongst human beings. If everyone wants something, they can make it happen. That would be true.

In less of an uplifting quote, he says that he has not been in any official meetings about the possibility of playing 007 — and while he would take the role, he doesn't want to add to the rumors. "I’m not speaking to the James Bond people. They are not speaking to me. So if it was to happen, there you go — the will of the nation... it’s an amazing opportunity," he said.

But let's focus on what Elba said up there about fans making this whole Bond thing happen. I mean, it's a good point that almost everyone who's not Anthony Horowitz thinks that Elba would make a spectacular James Bond. Like, just look at him.

So, as per Elba's instructions, here are ways that we as a group could potentially come together to make this happen:

We could all participated in a letter writing campaign to the James Bond studio to show our support. An idea: we could all just send pictures of Elba, which speak for themselves.

This has been done before, but it didn't really take off. Who wouldn't sign it?!

Make A Viral Mashup With Elba As Bond

Considering his prolific nature, it seems like creating a James Bond trailer using Elba footage would not be so difficult. While this has been done before, it didn't quite go viral. Click, people!

If people get used to seeing Elba and hearing the name "James Bond," it has to happen.

Get President Obama On Board

Obama is a fan of Elba's, so his official endorsement would be a big step.

Partly because I've enjoyed reading them, but also because having a black actor play Bond would be a great step forward when it comes to inclusivity and diversity in Hollywood — so think pieces are legitimately warranted in this situation.

So let's come together, humanity, and show Elba and the world that we can agree on at least one thing.