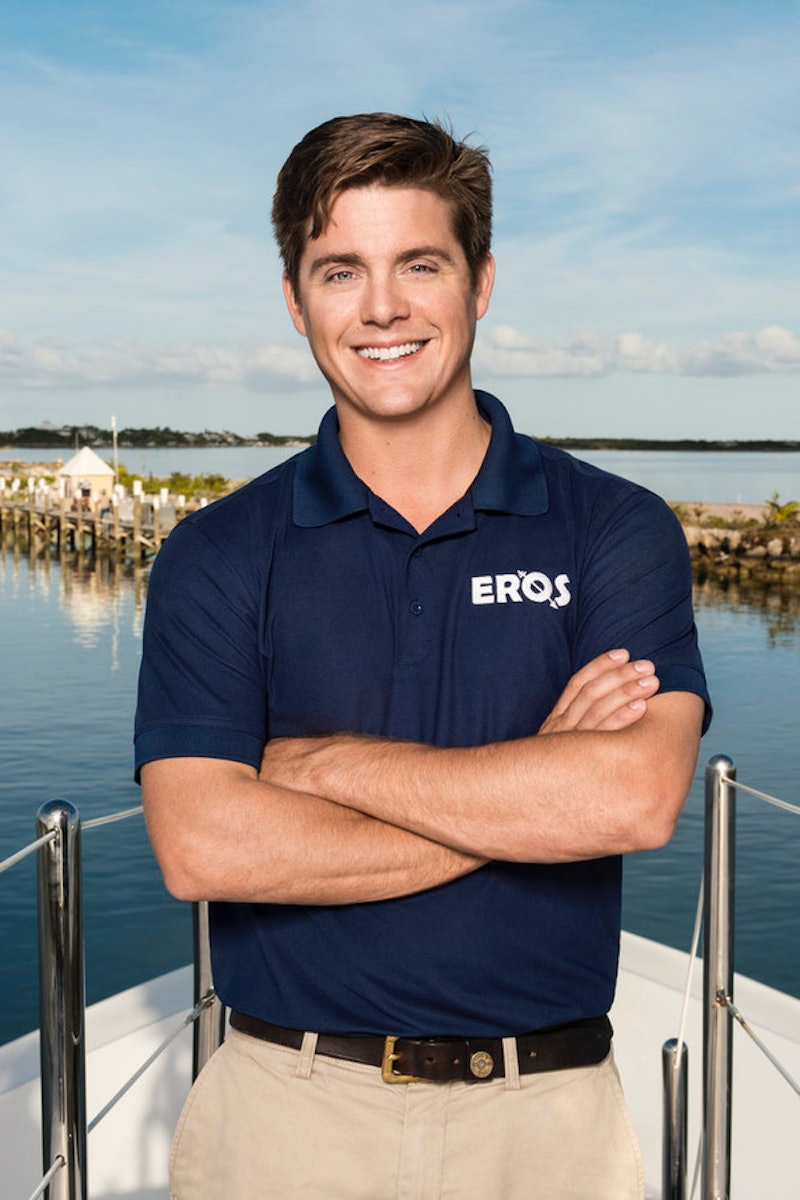 So far, it seems that this season of Below Deck will be all about the transformation of Eddie Lucas from the relatable, likable bosun to just another one of the crew, irresponsibly screwing around and potentially even cheating on his longterm girlfriend — and the previews suggest that Rocky may have something to do with this. So have Eddie and his girlfriend broken up since Below Deck? It's hard to tell, because Eddie isn't much of an oversharer. He tends to stay pretty quiet online, only occasionally posting pictures or messages about his relationship. But, if he is single, could it have something to do with Season 3 of Below Deck? Whether they're together anymore or not, there was definitely a shift around the time of BD, because even if Eddie and his GF are still together, they haven't spent much time together over the past few months.

The last photo Eddie posted with his girlfriend was at Christmastime, for the holidays. It's worth noting, Below Deck filmed in January, so if they did break up during the season, it does track with that date. Eddie also hasn't mentioned having a girlfriend or seeing a significant other at all post-Below Deck filming either, so it's not just that his GF got camera-shy. But, of course, after a long time in the same relationship, it's totally reasonable that someone wouldn't want to bring it up constantly, especially since Eddie's either current or ex-girlfriend was pretty social media shy herself, choosing to keep her Instagram private. But, since then, Eddie hasn't just been avoiding relationship talk. He's also been living up to pretty much every single guy stereotype.

If they were still dating, wouldn't a rare #TBT or a picture of an inside joke with his girlfriend tagged occasionally show up, even for a guy who doesn't really post on Instagram?

He Grew A Beard

The formerly cleanshaven often go bearded when a tough time — like after a breakup — comes around.

What's more of a "single guy" activity than that? And, go into the comments to see Eddie jokingly calling someone "bae" — that can't fly when you have a real bae, right?

He's Going To The Yacht Party Capital Of The USA

Fort Lauderdale is the place to be if you work in the yachting industry. Eddie is normally based in Maryland, because he works on tugboats when he's not out on charter. But, it looks like he made a visit to the Vegas of Below Deck with the express purpose of having a good time.

He Is Attending Phish Concerts

Note the demographic of the people in this line up. There are precious few girlfriends here, and certainly none attending with Eddie and his friends.

Everyone has to work, but Eddie has been posting lots of pictures from work. Of course, most of his work pictures are way better than the average four-walled cubicle or open office floor place.

I thought Eddie's speech about how relationships are tested by the yachting industry showed a thoughtfulness and insight that makes the whole "cheating with Rocky" storyline seem pretty manufactured. But, even if it isn't a tryst with Rocky, his transformation from "relationship guy" to a token single straight dude — at least on his Twitter and Instagram — right after Season 3 of Below Deck filmed seems a little suspicious...