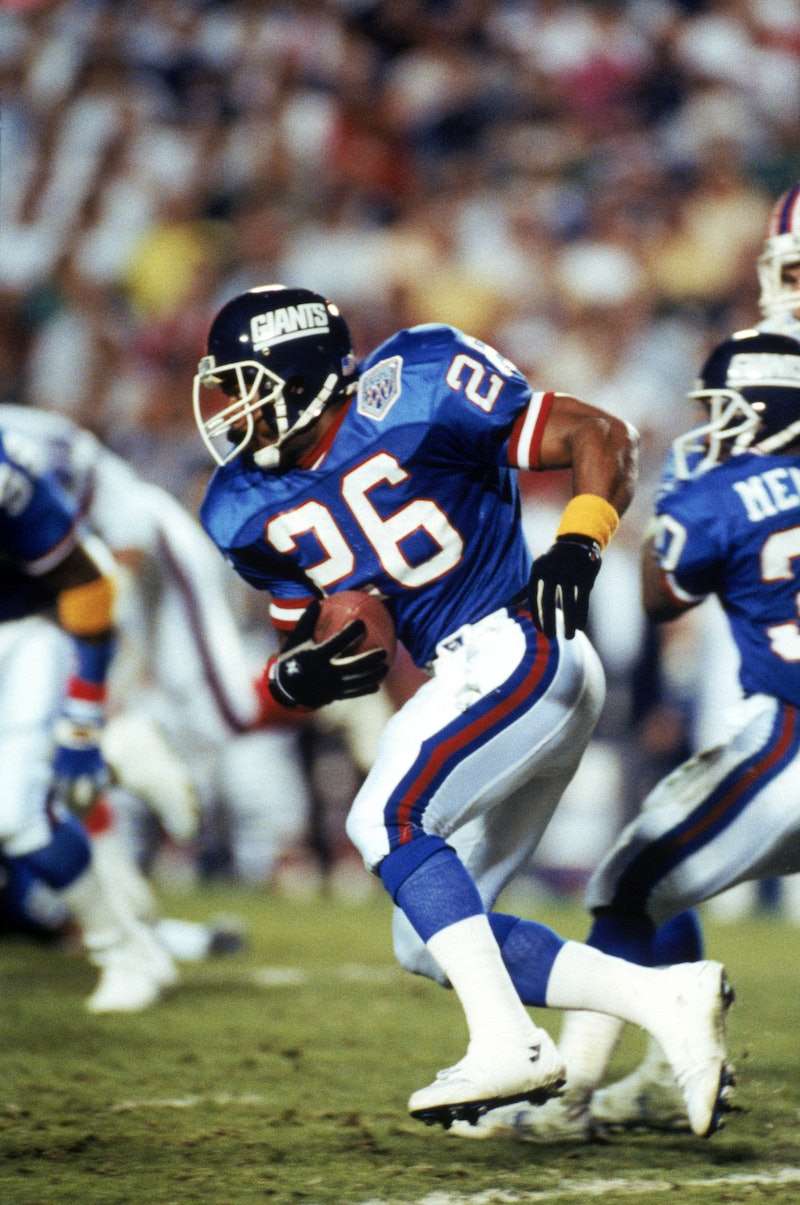 Concussion, the upcoming film featuring Will Smith, will share details of the life and challenges of former Chicago Bears player Dave Duerson and other football players who suffered from brain trauma. The specifics of Duerson's life — and death — lead to more questions about what the film might take on in its narrative. But first, if you're not a football fan, who was Dave Duerson?

Duerson, who committed suicide on Feb. 17, 2011, was an all-American defensive back at Notre Dame before going on to a successful 11-year-long NFL career. The Muncie, Indiana, native was a third-round draft pick for the Chicago Bears but had a sparkling career in which he helped both the Bears, for whom he played from 1983-1986, and later the New York Giants, win Super Bowl championships. During his career, Duerson had 20 interceptions in 160 games, Bloomberg reported. Duerson was a member of the Bears during the 1985 season, which many argue was one of the most historically successful seasons in NFL history.

Although he had a storied run in the NFL, Duerson suffered at least 10 concussions during his career, according to CNN. When Duerson died, after reportedly shooting himself in the chest, his brain was studied by researchers at Boston University's Center for the Study of Traumatic Encephalopathy. There, researchers determined that Duerson had developed brain trauma called chronic traumatic encephalopathy (CTE), which is also referred to as "punch-drunk syndrome." The same diagnosis has been given to several other ex-football players who died, including Mike Webster and Andre Waters. Duerson had been complaining to friends and family for months about his depression, The New York Times reported.

The all-star player was a family man and the father to four children, Chase, Tregg, Brock, and Taylor. According to the Chicago Tribune, Duerson spoke with his children on the phone just a few days before he committed suicide in his Sunny Isles Beach, Florida, home. Duerson had specific wishes that his brain be studied by professionals at Boston University and wrote the below in a note to his family:

Please, see that my brain is given to the NFL's brain bank.

Duerson's death brought attention to the prevalence of brain trauma in football, and the upcoming film starring Smith will follow that story, according to IMDB. The film will be based on the 2009 GQ story "Game Brain," by Jeanne Marie Laskas. Concussion will detail the work of Dr. Bennet Omalu (played by Smith), the neuropathologist who first discovered CTE.

The Chicago Tribune reported that Duerson's story will be featured in the film as one of the main examples of the players whose stories made CTE visible to both the football and medical fields. Hopefully audiences will see and understand Duerson's life and career as one that sparked important revelations in both communities.