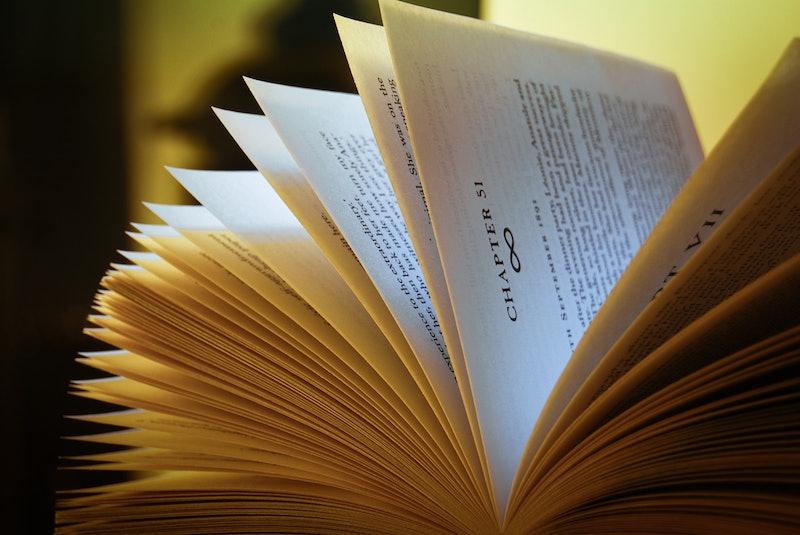 I don't generally follow holistic medicine, but I perked up when I heard about bibliotherapy: the practice of reading fiction to treat common ailments. So what is bibliotherapy, and what can it cure? As it turns out, reading the right book can help pretty much every non-serious malady that isn't the common cold.

In a recent interview with NPR's Rachel Martin, bibliotherapist Susan Elderkin speaks about her practice's benefits and limitations. All book nerds know there's nothing better than reading the right book at the right time, but many — myself included — hesitate to call this practice "therapy." It isn't really a medicinal practice, after all, and most of its practitioners aren't licensed therapists, Elderkin concedes.

Bibliotherapy is largely about giving struggling people the opportunity to see their problems reflected on the page. In discussing prescribing Milan Kundera's The Unbearable Lightness of Being to treat depression, Elderkin says, "we've had great success ... and people have reported that it was an enormous help in helping them to feel that they weren't the only person, they weren't going mad. And in fact, it can be a first step to recognizing that they need help."

In 2013, Elderkin co-authored The Novel Cure with fellow bibliotherapist Ella Berthoud. The book, like its website, contains hundreds of great reading cures for ailments ranging from Apathy to Zestlessness. If you're looking for a quick fix, here are five of my own bibliotherapeutic prescriptions for common maladies. Let me know if they help, and share your recommendations with me on Twitter!

For Anxiety, Read The Enchanted April by Elizabeth von Arnim

The Novel Cure prescribes Elizabeth von Arnim's The Enchanted April for marital problems, but I think it's great for getting your mind off anything that's making you anxious. This 1923 novel follows four London women who leave behind dreary city lives to spend April in a Mediterranean castle. As you read how the young and old sort out their romantic troubles, you'll find yourself relaxing in the "Wisteria and Sunshine."

For a Broken Heart, Read High Fidelity by Nick Hornby

I always recommend the film adaptation of High Fidelity to my less literary-inclined friends going through a fresh breakup. Protagonist Rob just got dumped by his longtime girlfriend, Laura, but that's OK. It's not like she even makes his top five breakups. To get over Laura, Rob revisits those five relationships in his search for answers to the question of where and why things always seem to go wrong.

For Insomnia, Read The Elegance of the Hedgehog by Muriel Barbery

The Elegance of the Hedgehog follows Renée and Paloma — an apartment concierge and a precocious preteen — who feel unappreciated by their fellow human beings. It isn't so much that Muriel Barbery's story is boring as it is that her prose is tinged purple. Barbery's novel is lovely, but it certainly won't keep you awake at night.

For a Lost Friendship, Read Circle of Friends by Maeve Binchy

Losing a friend is really tough, sometimes even more difficult than a romantic breakup. Involving a lifelong frienship complicated by the presence of a backstabber among true bosom buddies, Maeve Binchy's Circle of Friends is the perfect novel to read when you're getting over the loss of a former bestie.

For Wanderlust, Read The Sun Also Rises by Ernest Hemingway

The Sun Also Rises is Ernest Hemingway's roman à clef, written during and about time spent in Europe with his expat friends and colleagues. The adventures detailed here aren't always happy ones, but, nearly 100 years later, this novel is one of the only places where the Paris and Pamplona of the 1920s live on.

More like this
'Mayfair Witches' Already Changed 2 Major Characters From The Books
By Grace Wehniainen
Your Guide To Watching 'Everything Everywhere All At Once' In The UK
By El Hunt and Sophie McEvoy
Here’s What Health Means To People In 2023
By Isabella Biedenharn
I Read Prince Harry's 'Spare' So You Don’t Have To: 11 Highlights To Know
By Marina Watts
Get Even More From Bustle — Sign Up For The Newsletter
From hair trends to relationship advice, our daily newsletter has everything you need to sound like a person who’s on TikTok, even if you aren’t.