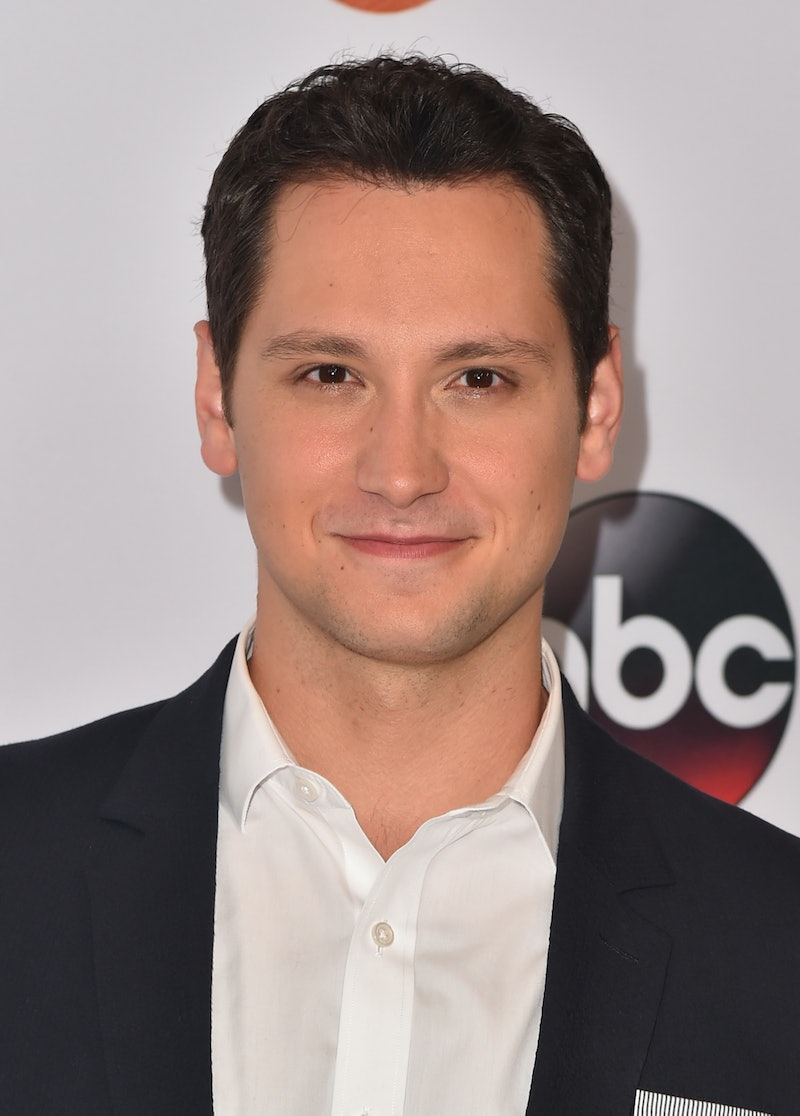 Matt McGorry doubled down on his feminist identity this week, writing an article about why he decided to fight for gender equality and identify himself as a feminist. Being a high-profile feminist in the age of Beyoncé may seem like a no-brainer, but many celebrities, such as Sarah Jessica Parker and Kaley Cuoco-Sweeting, remain hesitant to apply the label to themselves. So when McGorry, the resident charmer of Orange is the New Black and How To Get Away With Murder, started to declare himself a feminist — loudly and often — it came as a bit of a surprise. Young actors in the early stages of fame traditionally tend to steer clear of controversy, political or otherwise. Speaking out on any issue can potentially end a career before it's begun. In his new essay for Cosmopolitan, McGorry explained why he decided to make the leap from actor to activist and embrace feminism.

In McGorry's essay, titled "How Becoming a Feminist Felt Like Falling In Love," the actor said that his parents always raised him to be a compassionate person. But he never labeled himself or his actions as feminist until he heard Emma Watson's powerful He for She campaign speech, delivered at the U.N. in September 2014.

"The moment I heard Watson say, 'If not me, who? If not now, when?' I felt a shift inside of me. It wasn't the chicken burrito that I had scarfed down 15 minutes prior, but the rare and instantly recognizable feeling that I would never be the same. I now know that the feeling reminded me of falling in love," McGorry wrote.

Falling in love with feminism is one thing, but deciding to take that love public is quite another. In the age of Twitter and Instagram, relationships between fans and celebrities are even more volatile. One wrong word, and there will be an army of Twitter trolls ready to attack. But after being moved to tears by Watson's speech, McGorry wrote that he just couldn't stay quiet:

"Given my resistance to speaking out on social issues in the past, my tears were a moment of passionate realization that I could and would no longer remain quiet. It scared me. What kind of resistance would I encounter from fans, haterz, other people in the industry, and even those who supported the same movement but thought that I was going about it wrong and opportunistically? Would I risk ostracizing myself? But the thing was, I didn't f--king care."

Now, McGorry is known for his feminist Twitter and Instagram posts almost as much as he is for his television roles. Need proof that McGorry walks the walk? Here are eight times he was a total Feminist Boss on social media.

1. When He Shared This Definition of Feminism

"The fact that the term is sometimes clouded with anything other than pure support and positivity in our society is very tragic. I believe in gender equality. Being a feminist is for both women AND men. I AM A FEMINIST," McGorry wrote alongside the photo.

2. When He Shut Down "Meninists"

3. When He Looked Out For The Ladies

4. When He Acknowledged His Privilege

5. When He Joined #FreeTheNipple

6. When He Posted This Accurate Multiple Choice Question

7. When He Participated In The "It's On Us" Campaign

8. When He Wasn't Afraid To Learn Something New

From one feminist to another, keep up the good work, McGorry! (And please don't get murdered on HTGAWM!)

More like this
Howard Stern's Net Worth: Is He The Richest Man In Radio?
By Hugh McIntyre
Adele’s All-Female Lineup Includes Kacey Musgraves, Mahalia, & Self Esteem
By Shahed Ezaydi
Tamra Judge & Vicki Gunvalson Gave A Hopeful “Tres Amigas” Update
By Brad Witter
What Is the Net Worth Of Each 'Stranger Things' Season 4 Cast Member?
By Hugh McIntyre
Get Even More From Bustle — Sign Up For The Newsletter