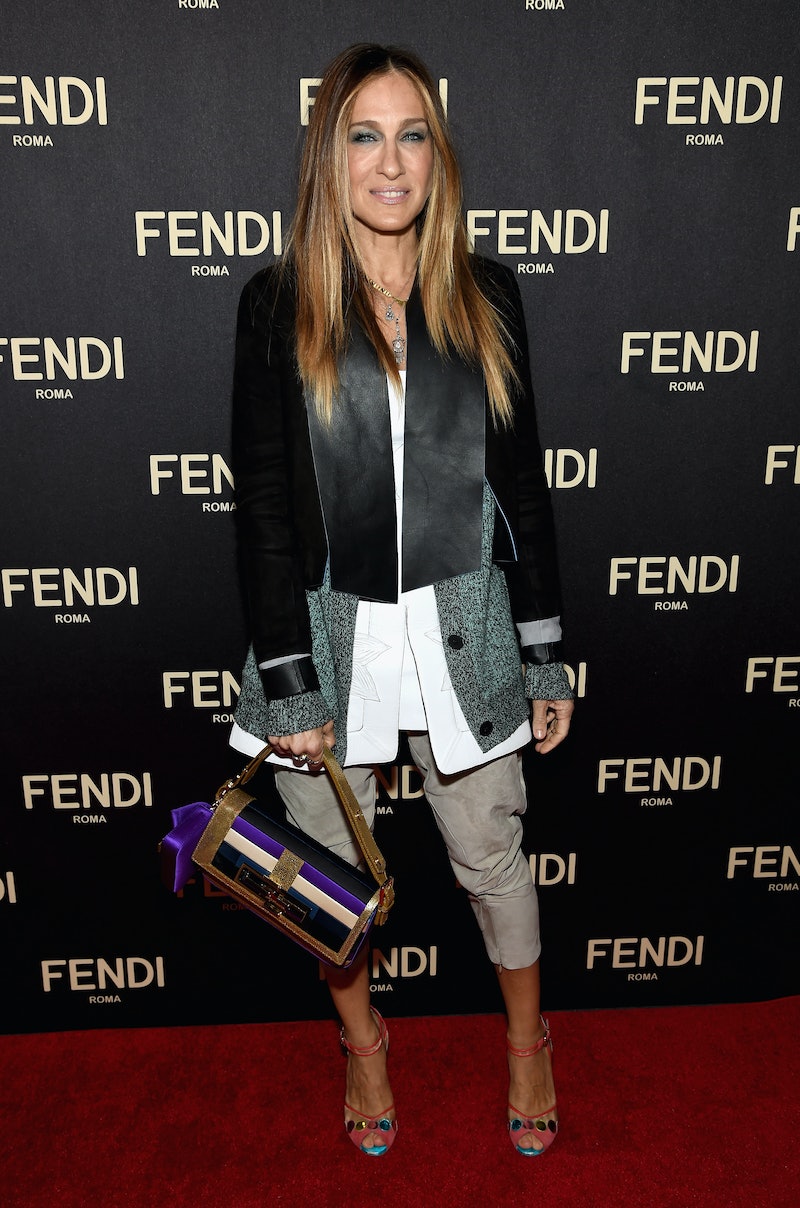 Welp, add this Sex and the City actress to the unfortunate list of individuals declaring they aren't feminists. While chatting with Cosmopolitan, Sarah Jessica Parker said she isn't a feminist. Rather than labeling herself as the term that simply stands for "gender equality," the actress best known for her role as Carrie Bradshaw sees herself as a "humanist." Huh? What's that? Well, let's have SJP explain it:

As [playwright] Wendy Wasserstein would say, I'm a humanist. I'm enormously appreciative of the work that my mother's generation did. We are the beneficiaries of a lot of disappointment, heartache, discouragement, and misunderstanding. But I see a lot of people trying to sort out their roles. People of color, gays, lesbians, and transgenders who are carving out this space. I'm not spitting in the face or being lazy about what still needs to be done — but I don't think it's just women anymore. We would be so enormously powerful if it were a humanist movement.

I guess I see what Parker is saying (or what I think she means) — we should all band together as humans and individuals and support one another without the use of labels. I kind of get that, but, sadly, I feel like her explanation is once again shining a poor light on feminism, which remains a somewhat controversial term. Feminism isn't a bad "label" and isn't just for women. Take Orange Is the New Black actor Matt McGorry, who is a proud feminist, because he believes all men and women are equal. Why do we have to ignore the term or change it to "include" both men and women, when "feminist" already does that?

You know what? Others feel the exact same way. Many Twitter users are reacting strongly to Parker not being a feminist. Let's just say: people are liking Carrie Bradshaw a hell of a lot more than SJP at the moment:

With that said, Parker still believes in equal pay, which women are still fighting for. Here's what she told Cosmo about the "most pressing political issues" for her:

Equality in pay. Paid sick leave. The thing that would change people's lives maybe more than anything, assuming that we maintain access to health care, is child care. If I could guarantee every mother who is working two, three jobs that she had good child care that didn't make her anxious all day — people would probably work in more efficient ways.

SJP can say what she wants, but in my eyes and based on the equality she wants, she's, by definition, definitely a feminist. And it'd be really great if she embraced the term.