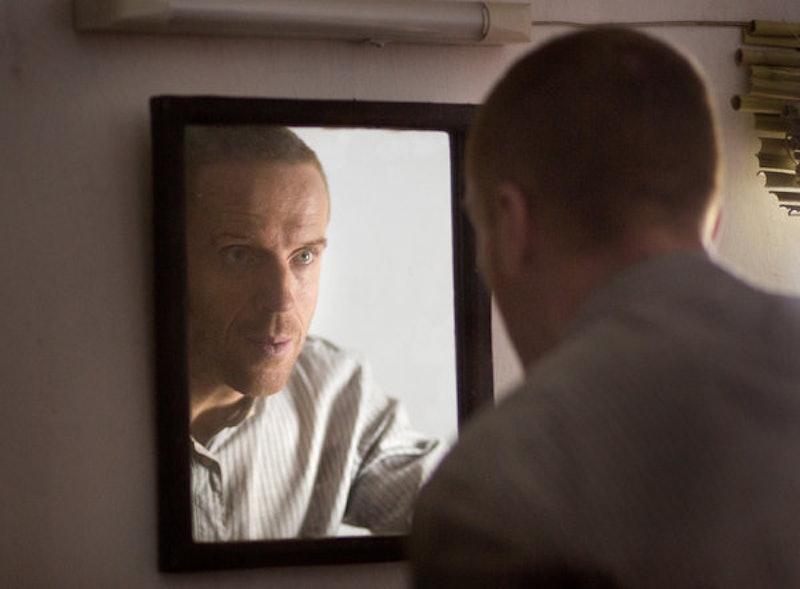 On Sunday's Season 3 finale of Showtime's Homeland, Nicholas Brody, the former Marine and POW and number one bad-boy crush of Carrie Mathison, was hanged as an enemy of the state in Tehran. This is the biggest television death since Brian died on Family Guy and then un-died mere days ago. So will Brody suffer (or un-suffer, depending on which side you're on) a similar fate? Though fans are hoping, praying and theorizing by some plot-twist crazy enough only to be on Homeland that Brody will return from the dead, showrunner Alex Gansa says GET REAL, PEOPLE:

"All [the] evidence points to his death, undoubtedly,” exec producer Alex Gansa tells TVLine, dismissing speculation that Brody’s public hanging was somehow staged. “I encourage [doubters] to watch the episode again. The issue has been settled. He is not unkillable.

Well, that sounds pretty certain, except do we trust anything that ANYONE who works on this show says? Honestly, the ambiguity and uncertainty that surrounds Homeland makes me feel like I am crazy Carrie Mathison. Perhaps I was put on this earth for my path to cross with this insane show. When asked by the New York Times if Brody was really dead, Damien Lewis very firmly aggressed that Brody is, for sure, a goner (or did he):

Well, people liked to have a go at Homeland occasionally, on the grounds of plausibility. It’s everybody’s favorite show, but occasionally the wool isn’t pulled over everybody’s eyes successfully. If Brody was resurrected somehow, that might just be pushing it too far. But, hey, as 007 himself said, Never say never. In the world of successful TV shows, anything is possible. But I’d be surprised.

Basically no one is being clear about anything, except that apparently Damien Lewis thinks he's akin to James Bond (no). Twitter users, however, are desperate to believe that Brody isn't gone, grasping at theories:

Tell me more about this trick of the neck. Is Brody secretly an owl? He probably is dead, though some people believe that Javadi could have possibly staged the execution of Brody and Brody just could have faked his death. We never see Brody brought down from the rope, it's true we only see him dead (or should I say, "dead") and then bam, the scene is over. We'll know if he is dead or alive when they announce the cast of Season 4, though, that's for sure.Even though I wasn't appalled by Brody's death, I think the only thing worse than it would be if he came back. Let Carrie Mathison move on, finally. Ding, dong, the snitch is dead.