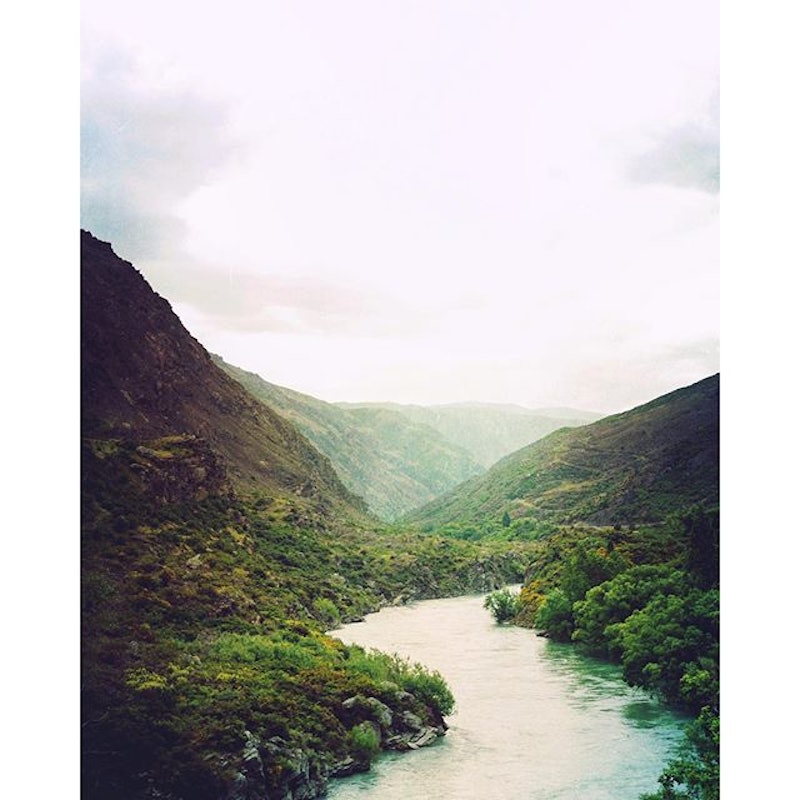 We like to think of book bans as a thing of the past. Sure, people occasionally speak out against a book pick, but few people are campaigning to seize, burn, and ban the titles they oppose. That's what makes the latest book news so shocking, and has left us all wondering, why did New Zealand ban Into the River , and will it ever be available?

Ted Dawe's YA novel Into the River is a coming-of-age story that follows a Maori boy who winds up attending an exclusive boarding school. Like much of teen fiction, the book's plot deals with racism and bullying, as well as adolescent drug use and sexuality. According to The Guardian, Dawe's novel "won the New Zealand Post Children's Book award in 2013," and is the first book in 22 years to be banned in New Zealand.

A conservative Christian lobbying group, Family First, initially requested an age-based restriction to limit young people's access to the book. According to national director Bob McCoskrie, the group objects to the explicit language in Dawe's novel: "it’s a book that’s got the c-word nine times, the f-word 17 times and s-h-i-t 16 times."

Family First were unsatisfied with the R14 rating initially given to Into the River, stating that they would have preferred to restrict all youths under 18 from accessing the book. New Zealand libraries were generally accepting of the R14 restriction, which would make it illegal for anyone — including teachers, librarians, and family members — to "sell, hire, show or give" Into the River to children 13 and under. Despite their opposition, Family First did not seek a harsher restriction after Into the River was labelled R14. But when deputy chief censor Nic McCully removed the rating, the lobby group complained, which resulted in the Film and Literature Board of Review banning the book temporarily, beginning September 3.

While under the ban, Into the River cannot be sold or given out in New Zealand, and even those who currently own a copy may not share it with others. CNN reports that, "[i]f the order is breached, ... individuals are liable for a fine of NZ$3,000 ($1883) and companies NZ$10,000 ($6278)." The Film and Literature Board of Review is expected to convene in October to address Into the River's future, and many of the book's supporters are optimistic.

Many have expressed concerns over what the book ban implies about the state of free speech in New Zealand. The Library and Information Association of New Zealand's executive director, Joanna Mathew, says banning Into the River impedes "freedom of access to information." Mathew goes on to note that "[b]y burying a story that actually reflects real societal issues we fail to create an environment where we can effectively address them."

It's a sentiment that Dawe shares. The Into the River author says his teaching career made him realize how difficult "encouraging boys to read" is. "Part of the challenge was to find books that ‘spoke’ to them. This meant books about issues that were relevant to them and written in a style that was authentic," Dawe says, and continues by stating that his novel — like all good YA fiction — provides a safe space for young people to "navigate ... issues such as race, sexual orientation, body issues, class discrimination and bullying and harassment."

In light of Dawe's intention, even the R14 ban seems severe. Preventing the children who may benefit most from a book from accessing it neuters the novel's message. Bernard Beckett, who judged the 2013 New Zealand Post awards, says that the rating imposition precludes efforts to raise young men's literacy, and that the censorship efforts stem from a place of privilege that is disconnected from the book's demographic. Beckett asserts, "As soon as you put R14 on it, you have to ask who are the people who have heft in society to go through the process and get their value system imposed."

Beckett goes on to say that the attention given to Into the River three years after its publication is only bringing Dawe and his novel excellent publicity. He's not wrong. The hype generated by the Board of Review's decision will only encourage curiosity among those who have not read the book, driving up sales numbers. Timeliness is also a factor, given that New Zealand banned Into the River less than a month before the beginning of Banned Books Week 2015, which kicks off on September 27, and is set to focus on YA literature.

For now, Dawe and his supporters can only hope the Film and Literature Board of Review will make Into the River available again soon. New Zealanders may still read the book by purchasing it on Kindle devices. No date has yet been set for the Board of Review's October meeting.