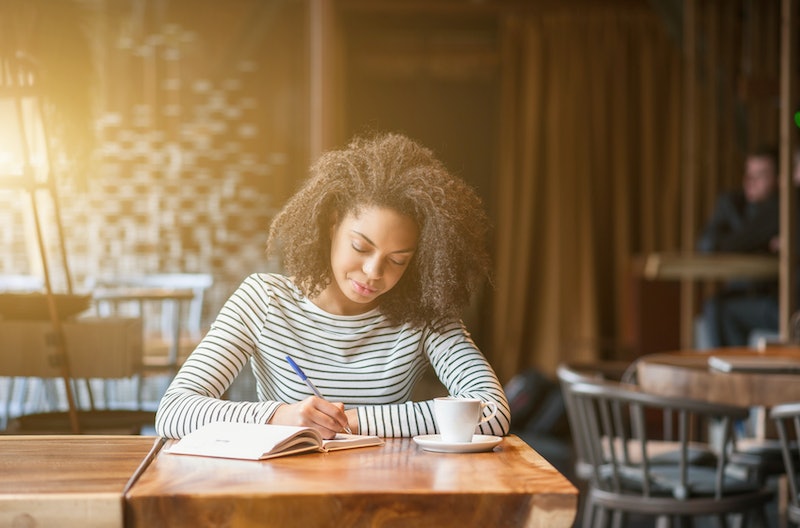 Juan Felipe Herrera's reign as U.S. poet laureate is slated to begin with a bang. At the National Book Festival on Saturday, Herrera announced La Casa de Colores, his first official project, which "will remain open [to] contributions throughout his laureateship, which will end in April next year." Herrera hopes La Casa de Colores will draw out diverse voices and experiences from across the U.S. to create a single, collaborative poem.

The Library of Congress announced Herrera's laureateship back in June. The California-based writer was appointed his home state's poet laureate in 2012 and remained in the position until 2014. Herrera holds the honor of being the first Latino poet to be appointed to either position. He will succeed incumbent laureate Charles Wright later this month.

Herrera's heritage figures largely in this year's National Book Festival, where immigration and immigrant stories were topics of much conversation. NPR's Tom Gjelten was in attendance, discussing his new book, A Nation of Nations: The Great American Immigrant Story. Speakers included director of the Immigration History Research Center and The Making of Asian-America: A History author Erika Lee, Al Jazeera anchor and Latino Americans: The 500 Year Legacy That Shaped a Nation author Tom Suárez, and Deep Down Dark author Héctor Tobar.

The "epic poem" produced in La Casa de Colores will be titled "La Familia." Each month will feature a different theme centered on "American life, values or culture." Describing the U.S. as one large family home, Herrera says, "If it is a casa, a grand house of all of us, we must be a familia, a family. La Casa de Colores is a house for all voices. In this house, we will feed the hearth and heart of our communities with creativity and imagination, and we will stand together in times of struggle and joy."

La Casa de Colores will eventually have a website where contributors may submit their contributions, but it has yet to be unveiled. NBC News reports that the poet laureate's project is expected to begin "later this month ... to coincide with Hispanic Heritage Month." Herrera's laureateship begins September 15.

More like this
Prince Harry Incorrectly Recites Christina Aguilera’s “Genie In A Bottle” Lyrics
By Jake Viswanath
I Read Prince Harry's 'Spare' So You Don’t Have To: 11 Highlights To Know
By Marina Watts
'Mayfair Witches' Already Changed 2 Major Characters From The Books
By Grace Wehniainen
The 3 Best Heated Steering Wheel Covers
By Margeaux Baulch Klein
Get Even More From Bustle — Sign Up For The Newsletter
From hair trends to relationship advice, our daily newsletter has everything you need to sound like a person who’s on TikTok, even if you aren’t.