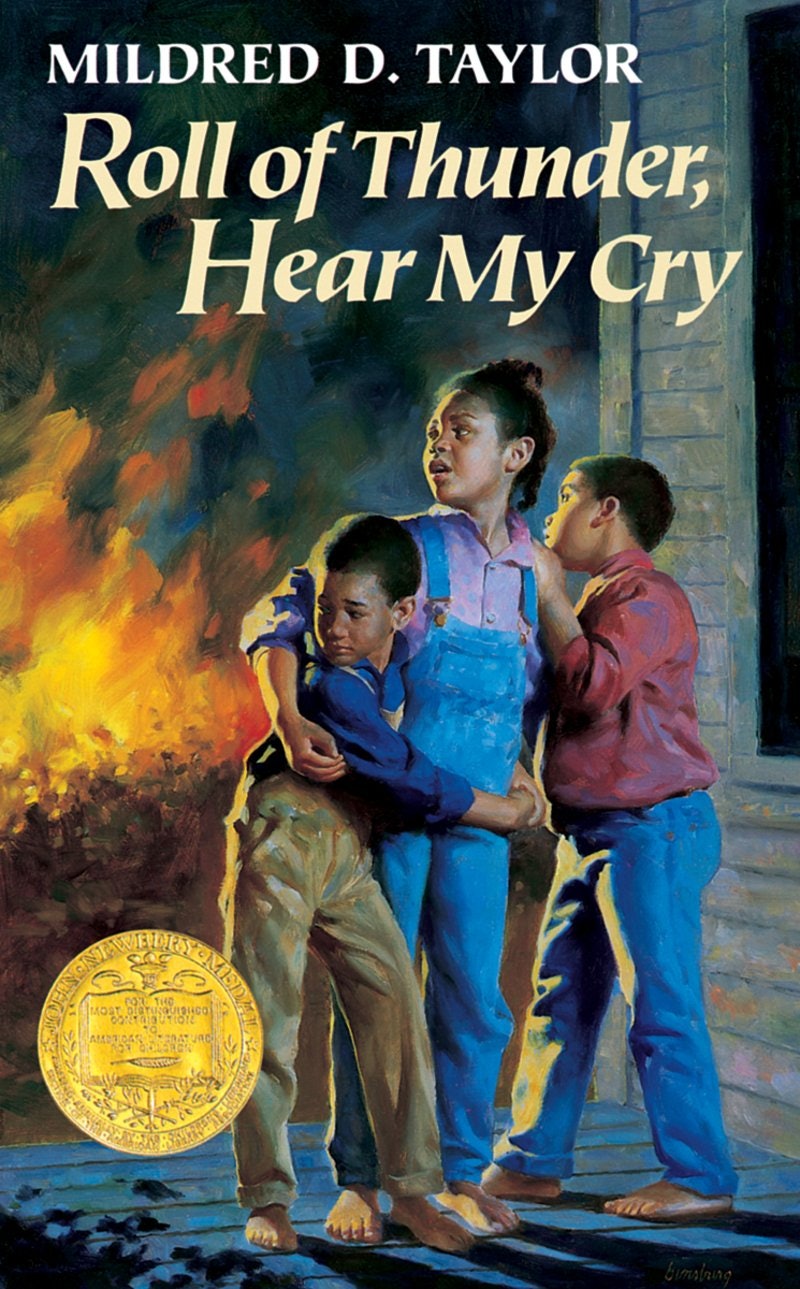 The Logan family is still inspiring generations of readers decades after their original story was published in 1975. But the story is getting a new burst of life for the 40th anniversary of Roll of Thunder, Hear My Cry by iconic children's author Mildred D. Taylor. Roll of Thunder, Hear My Cry was released in January 1976 as the sequel to Taylor's novella Song of the Trees, and to celebrate its birthday the Newbery Award-winning book will feature all-new covers created by illustrator and two-time Caldecott Medal winner Kadir Nelson — including new, unique covers for each title in the Logan family saga and Taylor's entire backlist. The partnership includes Nelson illustrating the cover of Taylor's final book in her Logan family series, Logan, coming (not soon enough) from Viking in 2017.

In press release from Penguin Random House sent to Bustle, Taylor describes how she came up with the story for the Newbery Medal-winning and National Book Award nominated Roll of Thunder, Hear My Cry and her excitement for its milestone anniversary:

Roll of Thunder, Hear My Cry was created from a story my father and my uncle told me while we sat at the dining room table. From the time I was a child, I heard family stories and family history. I have woven all those stories and all that history into 10 books, including the book I am now writing, Logan, the concluding book of the Logan family saga. I consider my books a legacy to my family, and I believe all those who shared the stories and who lived the history would be as proud as I of the 40th anniversary of Roll of Thunder Hear My Cry, a book begun with a story told around the dining room table.

The middle grade summer reading list staple is narrated by 9-year-old Cassie Logan who lives with her family in southern Mississippi during the Great Depression. The iconic book explores the racism present in the day and its impact on one family, the children, and the wider community and society.

You can check out the reveal of Nelson's anniversary edition cover, featuring the strong, independent Cassie we know and adore front and center:

In the press release, Nelson talked about the influence Taylor's book had on him:

I'm so thrilled to have the opportunity to create new covers for this powerful series by Mildred Taylor. The Roll of Thunder series resonates so deeply with me and I'm very proud to help introduce this saga to a new generation of readers.

The anniversary edition of Roll of Thunder, Hear My Cry will be released January 2016, and the remainder of Taylor's backlist will come shortly after in April.