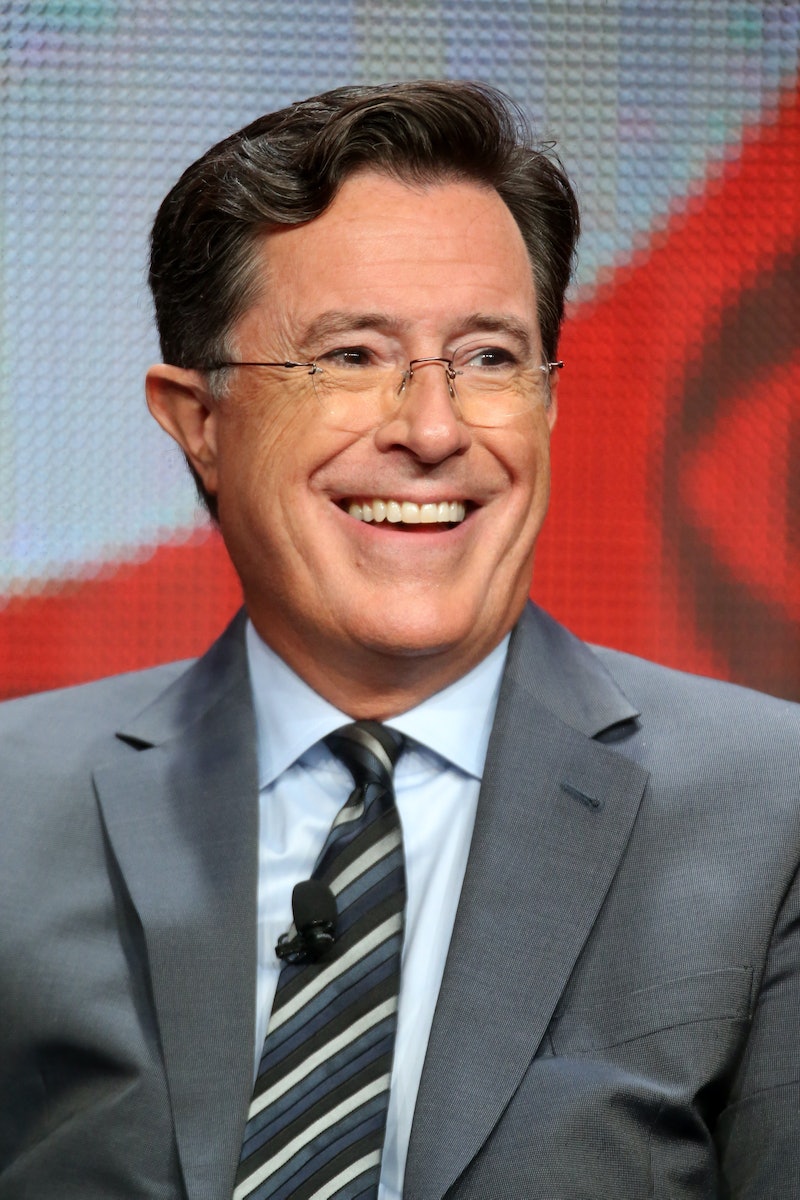 After a long summer, the moment has finally come: Stephen Colbert made his debut as host of CBS' The Late Show on Tuesday night. The show kicked off with a Jon Stewart cameo during the "Star-Spangled Banner" and a hilarious monologue. Then Colbert introduced The Late Show 's new opening credits and theme song, which we'll all most likely have stuck on our heads by next week. The funky theme song is by bandleader Jon Batiste and Stay Human, the house band, while the opening credits sequence shows a mini New York City.

Using tilt shift and time-lapse photography, the sequence shows all the sights of a tiny NYC with the names of guests in various places. For instance, first guest George Clooney's name appeared on an airport runway, while musical guest Mavis Staples and Friends had their name displayed on the top of a subway train. How cool is it to see the Statue of Liberty, the Empire State Building, and so many other parts of a big and amazing city as a tiny little maze for us to navigate? As a former New Yorker, it made me nostalgic for the city I once called home.

It was very cool and very New York City for the new iteration of the iconic late night show, which once had comedian David Letterman in the host's chair. And Colbert knows that — he also began his time in the new desk with a tribute to Letterman.

Twitter was also a big fan of the new opener to The Late Show, giving Colbert a great start to his new show on CBS.

Watch a sample of the new opening below.

More like this
Matt Smith Proves He's Daddy Daemon In This Viral 'House Of The Dragon' Video
By Marina Watts
The 'Kenan & Kel' Reunion On 'SNL' Took A Dramatic Turn, Thanks To Keke Palmer
By Brad Witter
Theo James Revealed The Truth About His 'White Lotus' Nude Scene & Fans Can't Cope
By Stephanie Topacio Long
Keke Palmer Just Announced She's "Going To Be A Mom" On 'SNL'
By Brad Witter
Get Even More From Bustle — Sign Up For The Newsletter