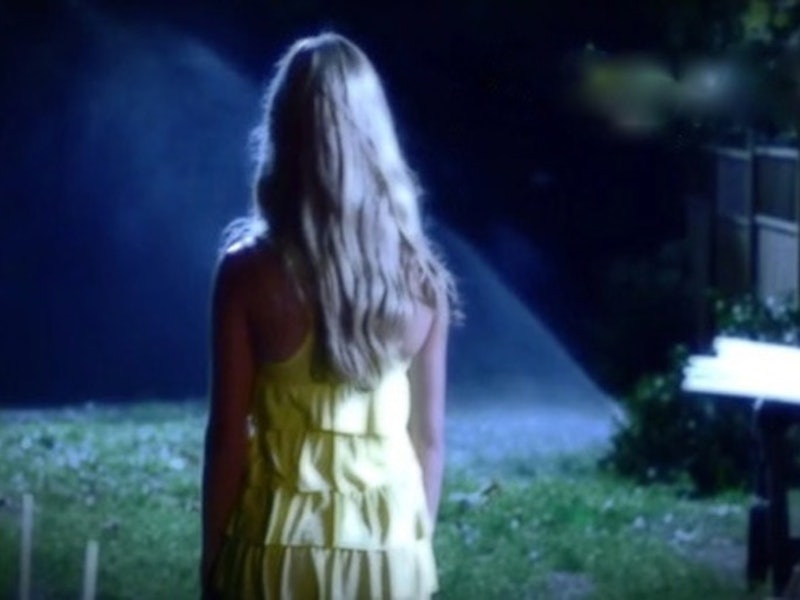 Those of you who thought the Pretty Little Liars twin theories could go by the wayside now that A's identity has been revealed, are in for a rather shocking surprise, even by this show's standards. Earlier this week, show creator I. Marlene King took to Twitter and confirmed what fans have long suspected to be true — that someone does, in fact, have a twin on PLL and that all will be revealed in due time. "There is a twin. You will find out soon," King wrote in response to one fan's twin-centric inquiries, though she didn't give any indication as to which two characters this would involve. (Where's the fun in that, after all?) However, given this show's history, I'd say it's safe to assume that these will consist of people we've become very familiar with, thus upping the shock value in true PLL fashion.

Granted, this little teaser — as interesting as it is — doesn't exactly narrow things down since pretty much anyone is a potential candidate for having a secret twin. We've already seen surprise children come out of the woodwork once, so what's to say these Rosewood parents don't have a few more surprise offspring up their sleeves? But that's not going to stop us from trying to ascertain who the most likely suspects are. Here's who I think we could start seeing double of…

As much as I'm not thrilled with the idea of making Sara Harvey a more central role than she already is, I can't help but immediately think that she's somehow involved in this whole twin thing. It was never made clear why she aligned herself with CeCe in the first place. Perhaps Bethany is their common link. We know that CeCe and Bethany knew each other at Radley and that their relationship became strained once Bethany blamed CeCe for Marion Cavanaugh's death. But other than that, we still know very little about their time together. Maybe Sara was a frequent visitor and started teaming up with CeCe after Bethany's death. This could be the reason we still haven't seen what Bethany looked like as a teenager — because she looks exactly like a certain other blonde haired girl we've come to know. For even more theories, check out Bustle's PLL podcast, Taking This One To The Grave.

It's hard not to notice how twins keep popping up around the Marin household. Like when Ashley sees the little girl ghost (who talks about her lying-prone sister) on Halloween in Season 3 or when Hanna sees the little twin girls in red during a trip to Ravenswood. And since this show has taught me never to believe in coincidences, I think this could be the writers' way of hinting that there's more to the Marin family than meets the eye.

Of course, there's always a chance that we know only one half of this twin gene pool, which makes even a non-blonde like Aria a potential prospect. There's no denying that her behavior has seemed a little shady at times and what's with her whole mirror obsession? Could this be a type of foreshadowing that fairly soon we'll be seeing "double" of this face? On this show, anything is possible.

I'm still not completely convinced that Toby didn't die in the woods on the day that Spencer found what appeared to be his body. And if that really is the case, then that means someone has been going around impersonating him ever since. We could've been exposed to his twin for years without ever realizing it.

Back in March, King teased to ET Online that "there is a reason why we keep dropping these not-so-subtle clues about the twins," though she assured fans that it won't involve Courtney. "You're not going to see Courtney, but you may see double of someone." And while it seems a little unlikely that yet another DiLaurentis child will be introduced, it wouldn't be wise to rule such a possibility out completely, and Bethany would be the most likely option. Why else would she have such strong feelings about Mrs. D?

I mean, there's just no way that these two look so similar for absolutely no reason… right? So perhaps the whole twin plot twist will be about the older generation of characters rather than the younger one. After all, the Liars may have secrets, but where do you think they learned it from?