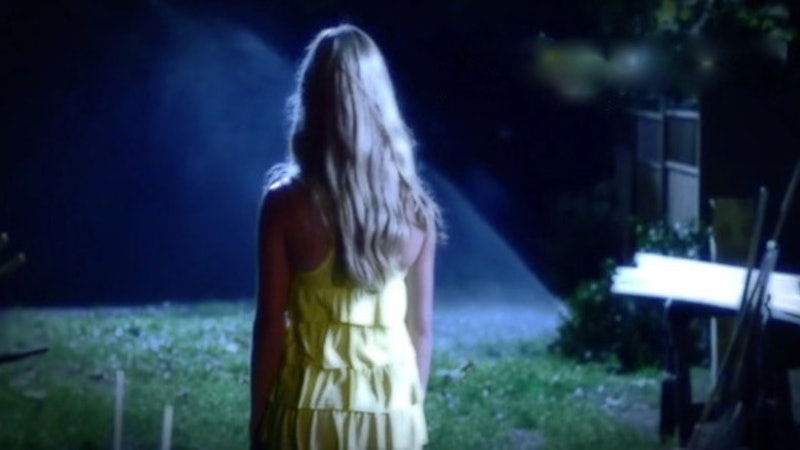 There's so much talk about who Charles DiLaurentis is on Pretty Little Liars that it's often hard to pick a theory that makes the most sense. The most common theory seems to be that Big A is the fraternal twin of Jason, also making him the half-brother of Ali, Spencer, and Melissa. It certainly is plausible, and I would venture to say that it's pretty likely. Of course, there are certain pieces of the puzzle that don't quite fit with that neat little package: like, say, Bethany Young. We know that Bethany was in Radley right before she was killed, and that she was roughly around the same age as Jason and Melissa. Sure, she could have just been a scapegoat for Charles to kidnap Ali (by putting Bethany's body in the grave in place of Ali, so Charles could take Ali for himself without anyone looking around for the missing girl), but what if that's not the only connection? Bethany could be Charles' twin, and it might change everything we think we know about A.

We don't know all that much about Bethany's life, but what we do know should set off some alarms. Bethany was in Radley because she had some yet-undisclosed mental disorder. During her time in the hospital, Bethany's father was having an affair with Mrs. DiLaurentis, who would often take her out on excursions like horseback riding and insist that Bethany call her "Aunt Jessie." What if the reason for this was because it was the truth? What if Mrs. DiLaurentis isn't the mother of Charles, but is the aunt of both Bethany and her twin brother Charles?

Here's how things could have gone down with Bethany. Mrs. DiLaurentis could have had a sister who died when her children, Bethany and Charles, were young. Jessica then took them in after their mother's death, only for both children to begin acting out — perhaps to the extent of physically hurting Ali and Jason. At that point, the DiLaurentis family put the kids up for adoption, which led to Bethany being taken in by a nice family. Charles, on the other hand, wasn't adopted, and due to his unstable condition, ended up in Radley. Later, so did his twin sister and they were once again reunited.

Mrs. DiLaurentis could have gotten closer to Bethany's adoptive father when she went to visit both twins, which led to her spending more and more time in their lives. Mrs. DiLaurentis could have felt so guilty about children ending up in a mental institution that she vowed to protect them — she blamed herself for how things turned out. Unfortunately, the anger over being abandoned festered within Charles and Bethany, which prompted them to head to the DiLaurentis house for a "visit" with Alison.

So what hints at this theory? The biggest clue I've found so far is within Bethany's own drawing. Check it out:

This picture depicts a girl and a boy being separated by a monster. Could that be the adoption process, which separated Bethany and her twin? It certainly could feel like a terrifying force to a young child. Only time will tell the real connection between Charles and Bethany, but if there's one thing you can bet on, it's that there is one.

For more on Charles and Bethany, check out Bustle's Pretty Little Liars podcast.