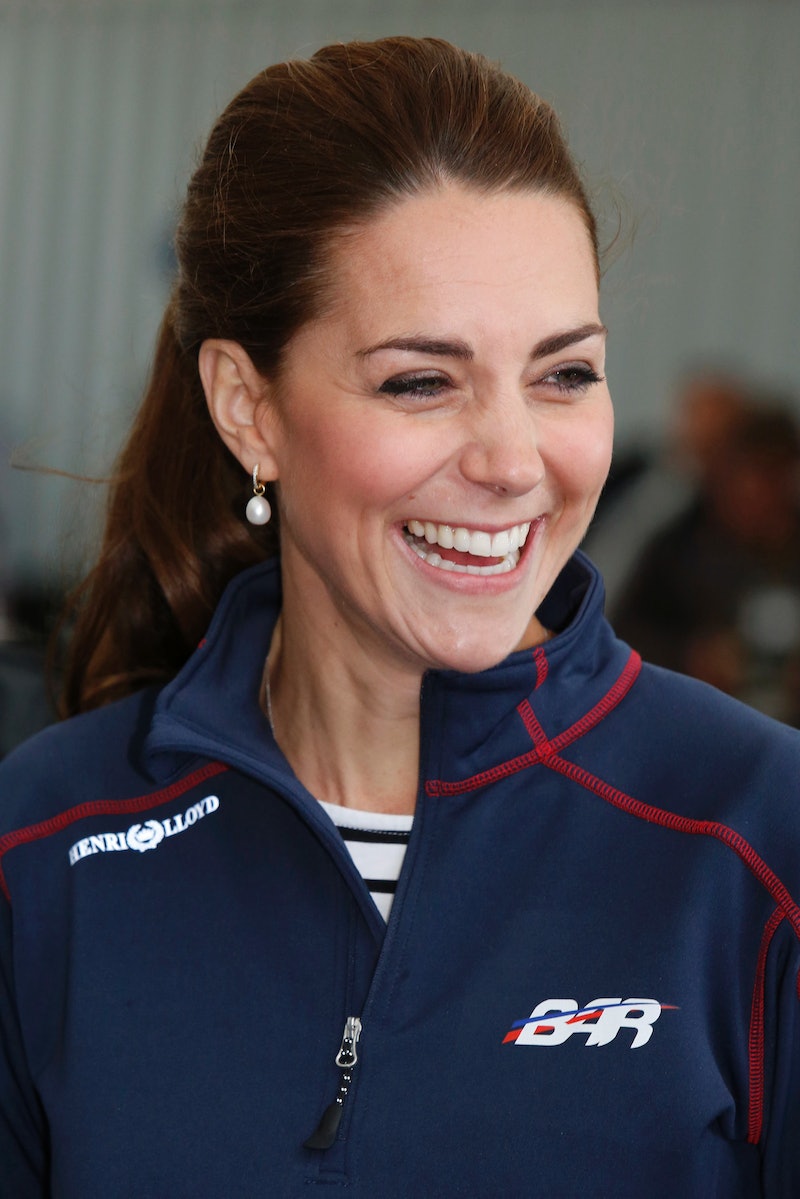 Princess Charlotte has been alive for just barely four months, and there are already rumors that her mom is about to make her a big sister. Yep, the word on the street is that Kate Middleton is pregnant with baby number three — and since she was only born in May, Charlotte hasn't even had the time to take her first steps. While it's certainly not impossible that Kate could be expecting another baby, it's highly unlikely. Still, the rumor mill continues to churn, and I'm pretty sure that as long as Kate Middleton is breathing, there will be rumors that she is pregnant. But are they true? In this case, probs not, and there are already plenty of signs that Kate isn't actually pregnant.

From the moment Kate and Will first tied the knot in 2011, it seemed like new reports of an unborn royal baby cropped up every day, and they never really slowed down, even after the couple welcomed their first two children. And being that I was far too emotionally involved in the births of both Charlotte and George for someone who is not in the royal family, I will be thrilled when the palace finally does announce that Kate's pregnant with another baby — if it ever really happens. But 'til then? I'm pretty sure that time is not now.

Last week, a source reportedly attached to the royal family confirmed to Gossip Cop that the pregnancy rumors are entirely false. Of course, this is just another report, but Gossip Cop is known for only reporting the truth and being very picky about what sources they use to confirm or deny rumors like this one. I'd trust their word on this one.

According to People,Will and Kate have a pretty packed fall ahead with tons of events scheduled. They're going to Scotland, North Wales, and making other stops — something Kate might not be up for if she was expecting, since her pregnancies tend to be pretty rough.

None Of The Rumors Have Come From Legit Sources

The only way I actually believe celebrity news is if it comes from People, Us Weekly, or E! News... and even then, I take what I read with a grain of salt. When one of these sites confirms a pregnancy, that's when I'll allow myself to be convinced.

Prince William Has Said He Only Wants Two Kids

Of course, he and Kate are allowed to change his mind, but according to what Will allegedly told someone during an appearance he made in 2012, he wasn't interested in having a big family. If Us Weekly is right, the couple has decided to have two kids, not three, which would make this pregnancy even more surprising.

Let's not get carried away — I would love to find out that I'm wrong about this and that Kate really is expecting another baby, because royal babies are the best. But right now, it doesn't seem likely, so maybe we should just leave the poor lady alone. After all, she is pretty busy helping to rule a country and raise two of the cutest kids ever to do the same thing when they grow up. Cut her some slack!