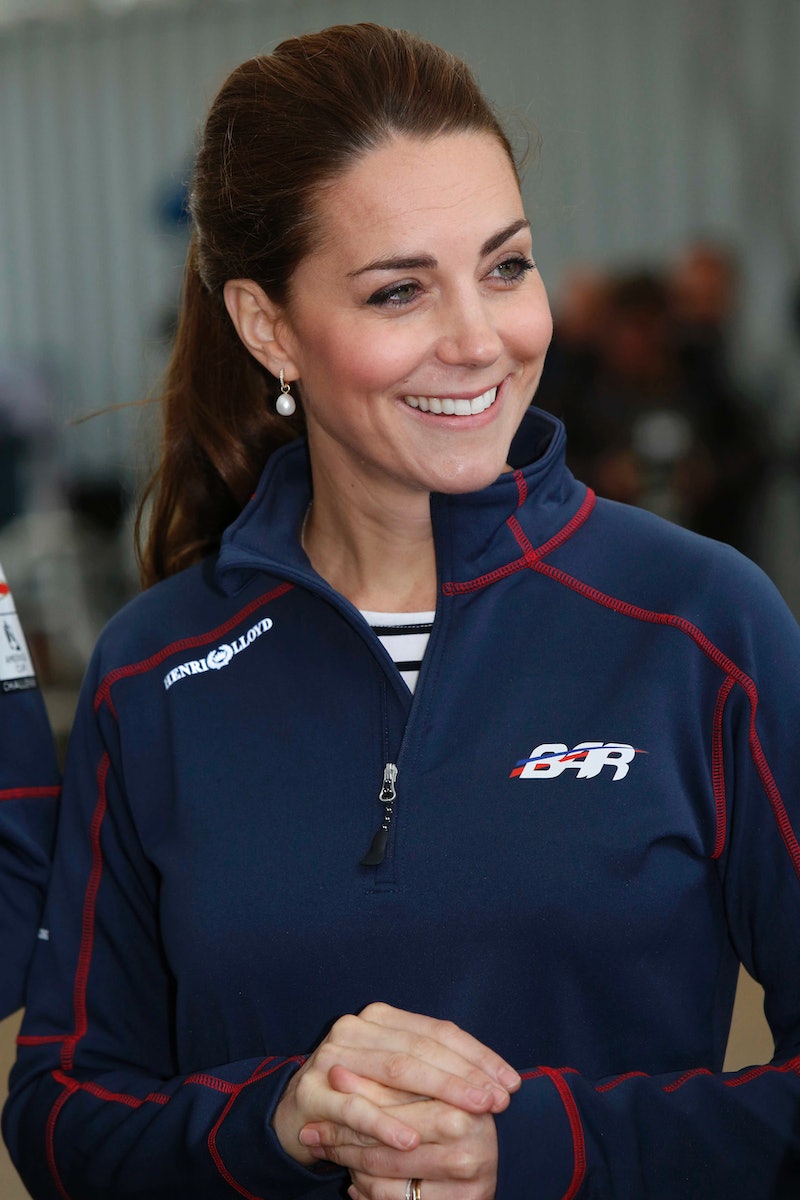 Another day, another totally unfounded rumor of Kate Middleton being pregnant. I mean, HRH just gave birth to Princess Charlotte in May — in May — and the tabloids are already reporting that she is expecting Prince or Princess Numero Tres. Like, can we let the woman relax for five seconds before falsely impregnating her? Star (always a credible source with things like this) reports that Middleton is "in the early stages of pregnancy with baby No. 3," at least, according to their super trusty ~royal insider~. In addition, Hollywood Life points out that the Duchess of Cambridge "has been a no show at a high-society wedding and at a handful of royal engagements" (which clearly means she's pregnant), and Star's source claims that Middleton is suffering from morning sickness and that the Queen and Prince William are super understanding about her supposed condition.

"Kate has the Queen’s blessing to forgo royal duties for at least two months, until she overcomes the treat of sickness," the source said, adding that "Kate’s third baby is apparently due in late April or early May, so she’ll likely be showing by the New Year." This is, like, so obviously true, right?! Nope-ity nope nope, says GossipCop. FAKE RUMORS TO THE MAX.

GossipCop, a site that prides itself on shutting down almost "identical rumors" like this after the birth of Prince George (rumors once again reported by Star magazine, no less), spoke to their own royal source who negates the entire story as "rubbish," which is really just the polite, British way of saying "so freakin' fake." Um, duh.

I mean, I get it. Kate Middleton and Prince William make the most adorable royal babies on the face of this planet, so of course everyone wants them to have another little one running around ASAP. But damn, let Kate Middleton breathe. In addition to their overwhelming fame, royal duties, and other such obligations, William and Kate have two children under the age of three, which could very well be the reason that Kate hasn't shown up at the royal events the "sources" note. And that's kind of enough for now, don't you think?

More like this
8 Photos Of Prince George & Princess Charlotte At Queen Elizabeth II's Funeral
By Jake Viswanath
The Prince William & Rose Hanbury Rumours, Explained
By Frances Stewart and Sam Ramsden
The Difference Between The Royal "Institution" & "The Firm" Shows Who's Really In Charge
By Savannah Walsh and Meguire Hennes
Adam Devine Hilariously Let Everyone Know He’s *Not* Accused Cheater Adam Levine
By Brad Witter
Get Even More From Bustle — Sign Up For The Newsletter