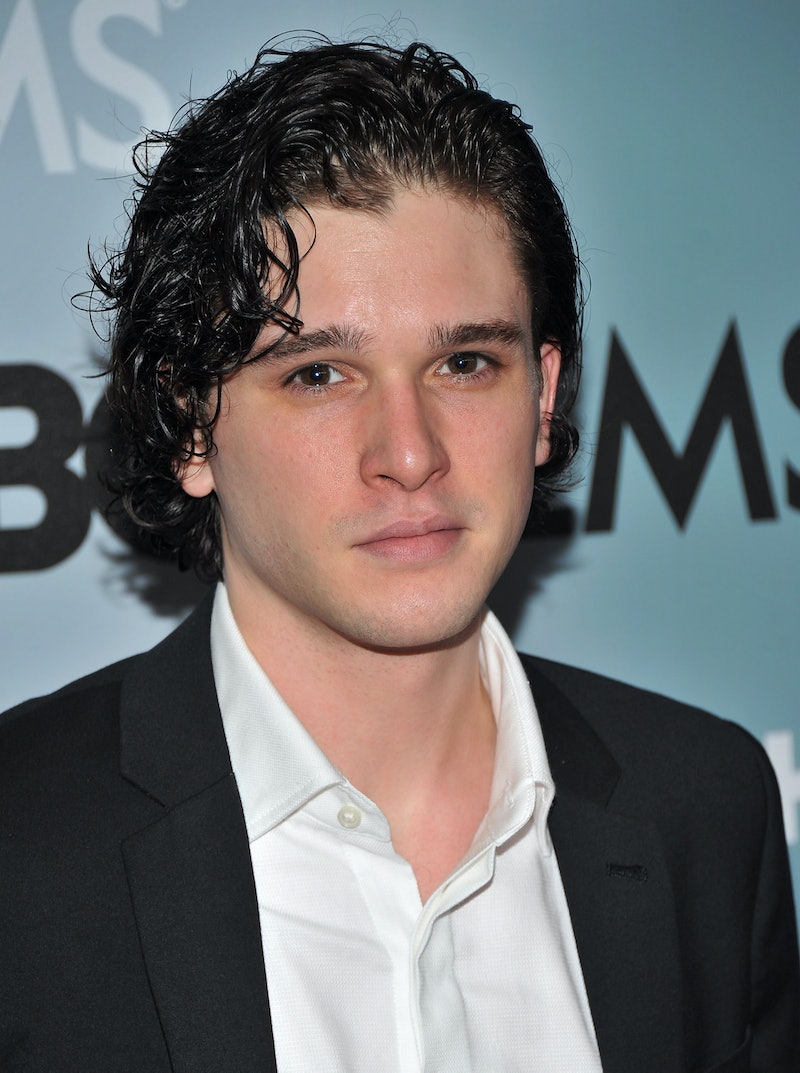 Everyone has been watching Kit Harington's every move and every hair follicle since the Game of Thrones finale, which is fascinating in a way because we don't have much of anything to compare the actor to other than Jon Snow. What was Kit Harington like before Game of Thrones ? Let me distract you from your Season 6 worries and frantic twin-based theorizing with cute "before" pictures.

The HBO drama was one of Harington's first acting roles, and his first stage role ever. Who can forget the iconic photos of the Stark (extended) family at a book signing with George R. R. Martin in 2009? After graduating from drama school, Kit Harington had a few stage roles in London that we'll get to below. In fact, he was starring as Albert in War Horse on the West End at the same time another Westeros bastard, Iweon Rheon who plays Ramsay, was playing Moritz in Spring Awakening just blocks away. However, since Game of Thrones premiered we've barely ever seen the actor without his long Lord Snow locks. Here are a few looks at what Kit Harington looked like before stepping foot in Winterfell.

Harington originated the role of Albert at the National Theatre and when War Horse transferred to the West End. His work, as a boy so devoted to his horse that he follows him to battle, caught the eyes of Game of Thrones casting directors and helped him land the role of Jon Snow.

On stage, Joey the War Horse is manned by three puppeteers. You can watch a whole scene with Harington from War Horse on Youtube, and he's just as melancholy as ever.

This was only about six years ago, but he's barely recognizable without all that hair, right?

Alright. I see you.

I prefer this one. More serious, but less hair gel. He looks like he could get cast as Kristoff in a live action Frozen.

He's one of those guys who always looks slightly lost.

Or, maybe this is a yearbook photo? Either way, adorable.

Not before booking the Game of Thrones pilot but well before it aired on HBO, Harington was in the original 2010 cast of Posh, a play by Laura Wade which also starred Sleepy Hollow's Tom Mison. Posh was more recently adapted into the film The Riot Club.

9. One More Before We Go