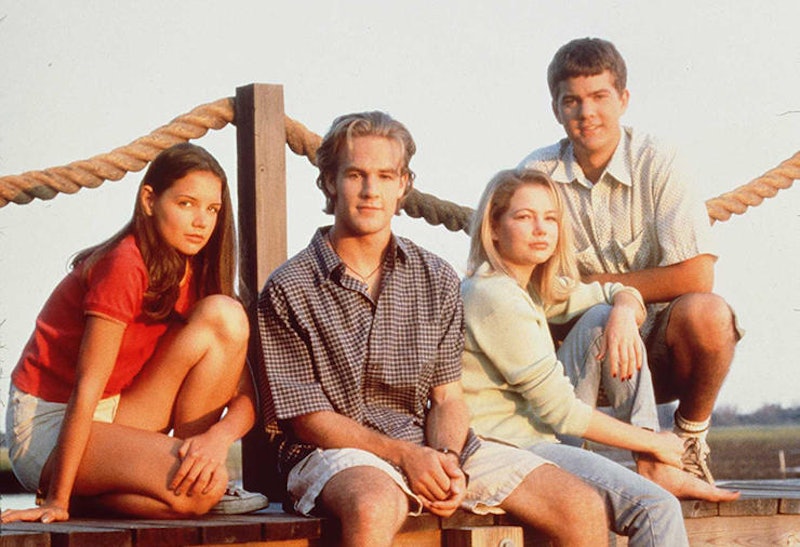 There is no TV genre more comforting and heartbreaking than the genre of teen shows. Like the actual act of being a teenager, the dramatization of teenage life is fraught with drama, moodiness, heartache, and mistakes. There are also adventures with friends, first loves, and the journey of self-discovery. It truly is the best of times and the worst of times (that's what Dickens was talking about, right?). The best teen shows of all-time capture teen life with authenticity, while also offering a bit of guidance along the way. The teens they create are unforgettable, and you probably still see them as kindred spirits to this day. I think the 15 shows on this list — some old and some recent — are all shining examples of the best the genre has to offer.

One caveat before I begin, there are some fantastic shows that feature teens that I don't see as teen shows. For example, Gilmore Girls did some amazing work with Rory's coming of age story, but it was a multi-generational story at heart. As much as I love it, I don't consider it a teen show in the traditional sense, so Gilmore Girls and a few other shows with similar themes won't crack this particular list despite being high quality. With that out of the way, let the countdown of teen goodness begin!

For a sitcom, That '70s Show did an excellent job of nailing the trials of teenagedom. Eric was perpetually stuck between childhood and adulthood, and the pull in both directions got him and his friends into all kinds of craziness. Where the show soared was in its depiction of teenage friendship. The friends you have as a teen is usually the strongest and most complicated group of friends you will ever have, and That '70s Show totally nailed that feeling.

The Fosters hasn't been on long, but it has already distinguished itself as one of the most progressive and socially conscious teen shows ever made. From the trials of being in and out of foster care, to coming out, and having sex for the first time, there is no topic The Fosters hasn't tackled, and more importantly, tackled organically.

The queen of disaffected youths everywhere, Daria was one of the first shows to depict the outsider culture of the teens who just never quite fit in in high school. For an animated teen, Daria often felt far more real than her live action counterparts.

Where would geek culture be today if Seth Cohen had not come along? The drama of The O.C. was heightened, but Seth's adorable geekiness, superb taste in music, and struggle to fit into high school were very real. Add in Summer as the ultimate high school princess with a heart of a gold, and not-so bad boy Ryan, and The O.C. becomes a timeless teen soap with more heart than anyone gives it credit for.

Want a look into the lives of real, British teen boys? Then you look no further than The Inbetweeners, an often cringe-inducing exercise in awkwardness and hilarity. The show was vulgar, uncomfortably funny, and so real it continues to resonate with fans thanks to big screen sequels.

Jenna's journey from anonymous high school student into infamy thanks to being known as the girl who everyone thought tried to commit suicide has been gripping from day one. Nothing about high school has been easy for Jenna, but every mistake she has made over the years has brought her closer to figuring out who she is and what she wants out of life. It's her imperfection that makes her story so watchable.

As told by an adult Kevin looking back on his teen years, The Wonder Years is a bittersweet exercise in nostalgia. The show followed Kevin from the innocence of his first kiss with Winnie through every heartbreak, loss, and milestone that followed, ultimately culminating in his first time with Winnie, and their ultimate goodbye. The Wonder Years touched on all aspects of growing up, but it was ultimately the beautiful and painful story of a first love.

Whether you were in it for the Pacey and Joey of it all, Jen and Jack's perfect friendship, or Dawson's quest to become a filmmaker, Dawson's Creek was one of the '90s most addictive and iconic teen shows. The show's earnestness earned it the respect of a generation who wanted to sound older and wiser than they were.

Cory and Topanga were just one aspect of a show that balanced silliness with stories of friendship, found families, and growing up under the guidance of Mr. Feeny, the best teacher to ever grace a TV set.

Veronica grew up faster than anyone should have to. Somewhere between the noir and the snark was a teenage girl always fighting for the underdog. Veronica faced down bullies, dealt with the death of her best friend, and so much more. In the process, she became a certified hero.

For a small Texas town, high school football truly was everything, but Friday Night Lights was far more concerned about the teenagers who had to strive to survive, to get scholarships, and to live their lives all while an entire town worshiped them once a week. They were heroes on the field, but the rest of their lives were nowhere near as perfect as the observers pretended they were.

Labels are a way to protect and define yourself in high school, and Lindsay Weir chose hers. Her story, and the story of her brother's group of geeky friends, was a journey toward self-acceptance and ultimately freedom.

There is not a single social issue the Degrassi franchise hasn't tackled over the years and teens at large are better off for it. At this point I'm not sure anyone would know how to grow up without a group of Degrassi students to lead the way.

Skins is a brutally realistic meditation on teenage life from every point of view. The series' realism is unrelenting, but it hurts so good. Few shows have ever been as affecting and truthful about the life of teens as Skins, and I doubt another show like it will come around anytime soon.

Could any other show top the list? Angela's search for her identity was a strange and uncertain process that never reached its conclusion on TV. Still, the show has endured for revitalizing a genre and injecting it with more truth than it could handle. Growing up is a messy and often unpleasant process, but characters like Angela make the transition into young adulthood just a little bit less lonely.

So many teen shows, so little time. While not every great show made this list, I hope it was full of characters who made your teen years a lot more bearable.

More like this
How The Thanksgiving Episode Of 'Gossip Girl' Changed Pop Culture History
By Gabrielle Bondi
The 'Kenan & Kel' Reunion On 'SNL' Took A Dramatic Turn, Thanks To Keke Palmer
By Brad Witter
The First Trailer For 'That '90s Show' Includes So Many Nods To The Original Series
By Jack Irvin, Alyssa Lapid and Grace Wehniainen
Courteney Cox Recreated An Iconic 'Friends' Scene To Surprise Fans
By El Hunt
Get Even More From Bustle — Sign Up For The Newsletter