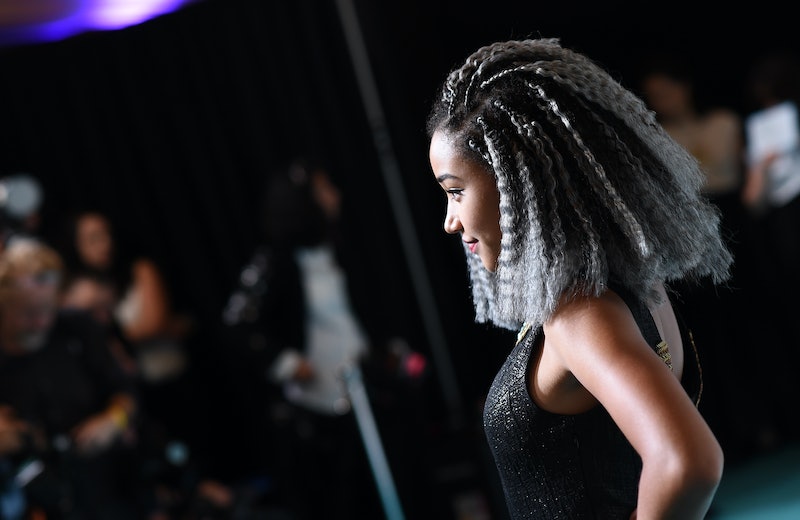 On Wednesday, Fortune released its annual list of the world's most powerful women, which includes Mary Barra (head of General Motors), Indra Nooyi (CEO and Chair of PepsiCo), and Ginni Rometty (President, CEO, and Chair of IBM). Fortune states that the 51 women on their list control a total of "one trillion dollars in stock market value." The list is highly anticipated each year, and serves as a kind of ranking of the leading women in the business world, an arena traditionally dominated by men.

It's great to see women around the globe taking the highest leadership positions in the corporate world, but the Fortune list leaves us asking about powerful women who don't control billions of dollars in market capital, and may not have as much direct political and financial influence as a result. While the list gives us a solid idea of the women who are power players primarily in the business scene, there remain women who didn't quite fulfill the magazine's criteria, but are enormously powerful nevertheless.

Because women make up so much of our contemporary movers and shakers, here is a list of powerful women outside of the business world who are making a huge impact on our culture.

Stenberg doesn't run a Fortune 500 company, but her messages to the world about feminism and anti-racism are worth more than their weight in gold. An American actress most recognized for her role as Rue in The Hunger Games movies, Stenberg is known for her impactful statements. For instance, she posed "What would America be like if we loved black people as much as black culture?" in response to various white celebrities appropriating black culture and aesthetics (specifically, black hair).

Stenberg is only 16 years old, but we all have a lot to learn from her regarding the history of racism in American pop culture. This year, she's created a comic book called Niobe: She Is Life, which is meant to empower young women. The comic stars a young black female protagonist, and will be released in November.

Six years after she was shot in the head by Taliban militants, Malala Yousafzai's unwavering determination and commitment to equal opportunities for education have been a global inspiration. The youngest person ever to win the Nobel Peace Prize and an outspoken activist for women's rights and education rights, Yousafzai is now speaking out about the refugee crisis in Europe. In an op-ed published in Time on Wednesday, Yousafzai called the global response to the crisis "pitiful," and asked the world's politicians to step up and meet the "moral obligation" to extend additional help to refugees in need.

Malala works to create for educational opportunities for young women through her foundation, The Malala Fund, which advocates "at the international, national, and local level for policy and system changes that give girls access to a high quality education at a community level." Yousafzai also appeared on Ellen on Wednesday, telling the audience, "I strongly believe that nothing can stop me in this mission, in this campaign of education, to say that girls deserve the right to go to school."

Tavi Gevinson arrived on the fashion scene as a preteen in the mid-2000s with insights about contemporary fashion that impressed that world's most elite designers and editors. Now 19, Gevinson has created a very popular online and print magazine, Rookie , which gives voice to teenage women to talk about feminism, fashion, tech, education, and sex. Gevinson is a literary force to be reckoned with, and the platform she created with Rookie gives many young people an opportunity to be heard, where otherwise they might be dismissed for their age or gender.

In an interview with Vogue in 2013, Gevinson commented on her views regarding feminism, saying, "I think the reason that so many people shy away from the term and prefer to call themselves humanists or whatever is because they think feminism is all about women, but it's a lot about breaking down the social constructs and ideas about gender that oppress all of us, frankly."

While she is certainly best known as Sophia Burset on Orange Is The New Black , Laverne Cox is also an extremely powerful activist and intellectual, with critical insights about gender and race. in 2014, Cox sat down at The New School in New York to discuss these issues with renowned feminist bell hooks. Cox is hilarious and an exceptionally talented actress, but the world could stand to stop and listen to her commentary on racism, transphobia, and patriarchy in America. Her ideas on feminism and politics are potent, thoughtful, and extremely empowering.

In her conversation with hooks, Cox discusses the way she is constantly negotiating her political beliefs and her active role in Hollywood. Cox talked about the complicated thoughts that go into her appearance, asking questions like, "Am I feeding into the patriarchal gaze with my blonde wig?" She further commented on her more traditionally feminine appearance, saying: "This is where I feel empowered, ironically, and comfortable. I think it's important to note that not all trans women are embracing this, but this trans woman does. And this trans woman feels empowered by this."

It's been two years since her near-legendary filibuster to prevent the closing of nearly 10 abortion clinics in Texas, but Texas state Senator Wendy Davis is still at the forefront of the fight for abortion rights. While Planned Parenthood remains under fire thanks to a series of anti-abortion propaganda videos, she teamed with the organization to fundraise in North Carolina in August. Davis has become synonymous with the fight for continued access to safe and legal abortions in the Southern U.S., especially in Texas, and has been working tirelessly with Planned Parenthood to protect the rights of abortion seekers.