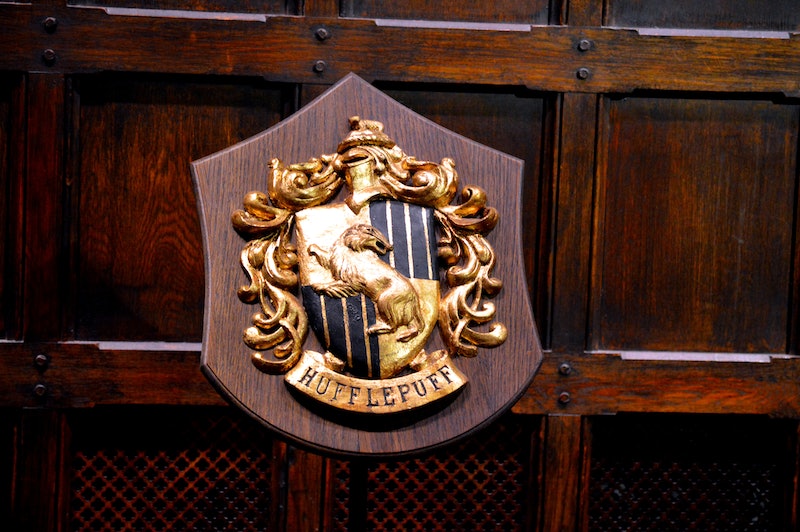 Hufflepuff has had a bad rep for a pretty long time, but that’s all about to change; J.K. Rowling has officially declared this “the dawn of the age of Hufflepuff.” Her tweet broke the internet after Pottermore awarded Hufflepuff the final House Cup, and honored them with a list of famous Hufflepuffs through the ages. Already, Harry Potter fans are taking to Twitter in their hundreds, admitting that they’ve been #TeamHufflepuff all along.

One reason for Hufflepuff’s newly-discovered street cred may be thanks to Eddie Redmayne, star of the upcoming Fantastic Beasts and Where to Find Them series. The mania surrounding the movies is well and truly underway, and it’s Hufflepuff hero Newt Scamander who will be leading the trilogy. And if you think how much good Robert Pattinson did for the house with his smoldering turn as the handsomely-eyebrowed Cedric Diggory, just imagine what Eddie Redmayne’s perfectly chiseled cheekbones could do.

Yep, it’s official. Hufflepuff is about to become the coolest house at Hogwarts. After all, it’s already the house of Tonks, the Fat Friar, Teddy Lupin, and Joey from Friends . Don’t you want to join that crew? Even J.K. Rowling thinks Hufflepuff’s the best house — and she should know.

Of course, this isn’t news to everyone. Hufflepuff has been slowly gaining a cult following amongst those who think Gryffindors are just a bunch of showoffs (their words, not mine!).

Hufflepuffs are friendly, fair, loyal, and kind; they work their asses off when they need to; they may even be the sexiest Hogwarts students, too. So really it should come as no surprise that Hufflepuff is becoming the most popular house. Still, sorry Hufflepuffs — I’m a Ravenclaw through and through.