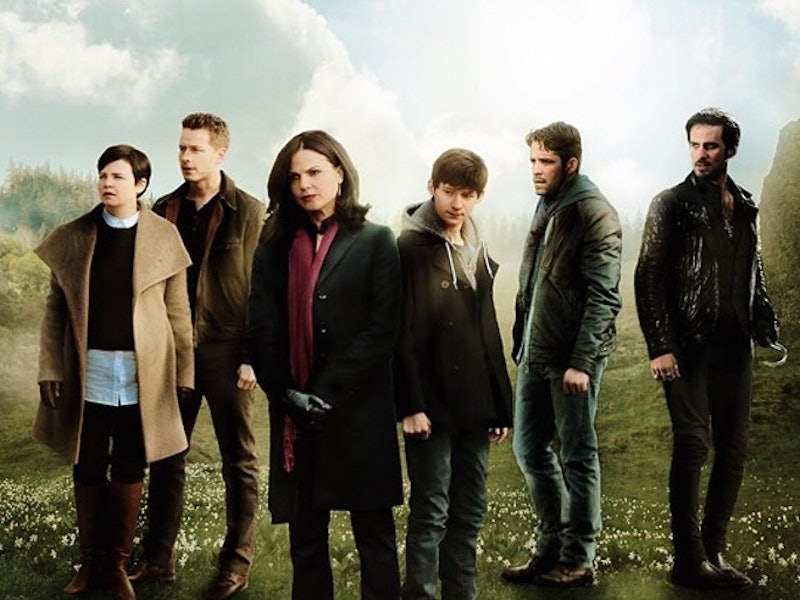 If you're anything like me, when you fall in love with certain forms of art — a book, a film or TV show — it becomes your world. You spend hours researching it, delving into the most niche corners of the thing in an attempt to discover something unknown or fascinating, something else to connect to on yet another level. It sounds very deep, sure, but it usually amounts to spending hours on Tumblr, reading AU fanfics that appeal to your senses of what SHOULD have happened with the object of your affection but never did, and reading interviews from years past to comb for additional trivia. It's a colossal time suck, and also incredibly rewarding, especially when it comes to Once Upon A Time, the show that brings fairy tales to life and is just as interesting behind-the-scenes as it is on screen.

Once is great on several different levels, but what makes the series so addicting is its wide scope of material to draw from. Somehow, show writers are able to take old and familiar tales and give them a completely new twist, while still maintaining the qualities that made us love the originals. Given what a big production the show is in every sense, it's no surprise that there are some pretty fascinating tidbits that you may not have known before now but that will make you appreciate Once even more (if that's even possible).

Lady Gaga Was Offered The Role Of The Blue Fairy

We all know Keegan Connor Tracy as Once's Blue Fairy, but had things gone the way Once producers had initially hoped, Lady Gaga would have been playing the role. Honestly, I can't actually imagine it, but I suppose if it had happened, I would be used to it now. At the end of the day, Gaga's people apparently never returned the producers' call, so that's that.

Charming Was Originally Going To Die In the Pilot Ep

Well, that's pretty rude, and would have been rather difficult for Snow White to deal with. The only reason Charming lived is because ABC execs were super against killing off such an iconic character — well, at least the female execs. So, Josh Dallas was cast and Charming lives. That's a relief!

The Role Of Emma Swan Nearly Went To Katee Sackhoff

Well, maybe it didn't almost go to Battlestar Galactica actress Sackhoff, but she did audition for the role five times, so she obviously really wanted it. Unfortunately for her, executive producers Adam Horowitz and Eddy Kitsis were familiar with Jennifer Morrison from House and How I Met Your Mother, so she was a bit of a shoe-in.

The whole "As you wish!" thing that Hook pulled with Emma years ago was a direct pull from The Princess Bride, but apparently many of his uncharacteristically Hook, er, characteristics were pulled from Westley and Han Solo, which explains why he's not quite the Hook we're used to from when we were kids.

This is probably the most obvious one, but it's too adorable not to mention anyway. Josh Dallas and Ginnifer Goodwin, who play Prince Charming and Snow White, met and fell in love on the Once set, got married, and now have an adorable son named Oliver together. Talk about a Happy Ending!

Pretty much every character's Storybrooke name coincides with their fairy tale name in some way or another. For instance, Mary Margaret Blanchard is based on the real-life woman who's believed to be the inspiration for Snow White, Maria Sophia Margaretha Catharina Freifräulein Von Erthal. Her last name, Blanchard, is from the French word "blanc", for white. The name Regina comes from the late Latin and modern Italian word for "queen". It goes on from there!

The Role Of Zelena Was Written Specifically For Rebecca Mader

Zelena is absolutely NUTS, and that's why she can be so fun to watch. Rebecca Mader does an amazing job in the role, and that's a good thing since it was written specifically for her, anyway. Horowitz and Kitsis had already worked with her on LOST and thought she'd be great to bring back, and I'm glad they did!