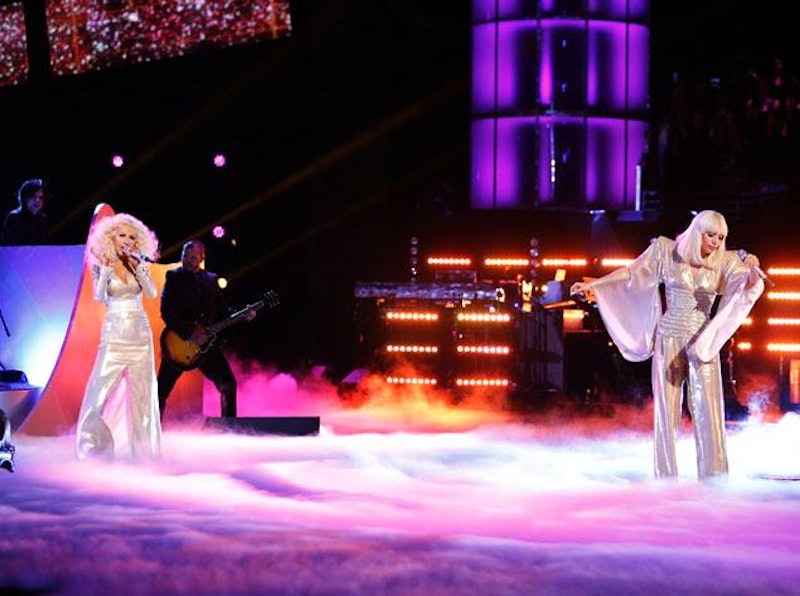 Tuesday night, we found out who won Season 5 of The Voice. Was it Jacquie Lee, Tessanne Chin, or Will Champlin? We got our answer... after one dozen performances. Carson Daly did his "LET'S KEEP THIS SHOW MOVING" thing that he has down to a science, so you know what? It sped by. I had a good time. However, while watching the show, I caught myself writing down the word "adorable" over and over, which, come on, Rohwedder. Learn another word. I decided it'd be in everybody's best interest that I selected my favorite performances of the night. Unless you're the type of person who wants to read the word "adorable" 12 times. If you are that type of person, you will be sorely disappointed by what I've written. (SPOILER ALERT: I didn't write the word "adorable" 12 times.)

Throughout the ep, we were treated to brief videos dedicated to each of the coaches. Here's the summary of each vid:

Okay. Is that it? Ah right. The winner. The winner... of The Voice... is.... (I'm doing my best Carson impression. I hope it's translating).... TESSANNE CHIN! YEAH!!!!! How exciting. When she won, she was, as she would say, a blubbering mess. She pulled herself together as best as she could to perform her Ryan Tedder-penned victory single, "Tumbling Down." I'm so happy for her!