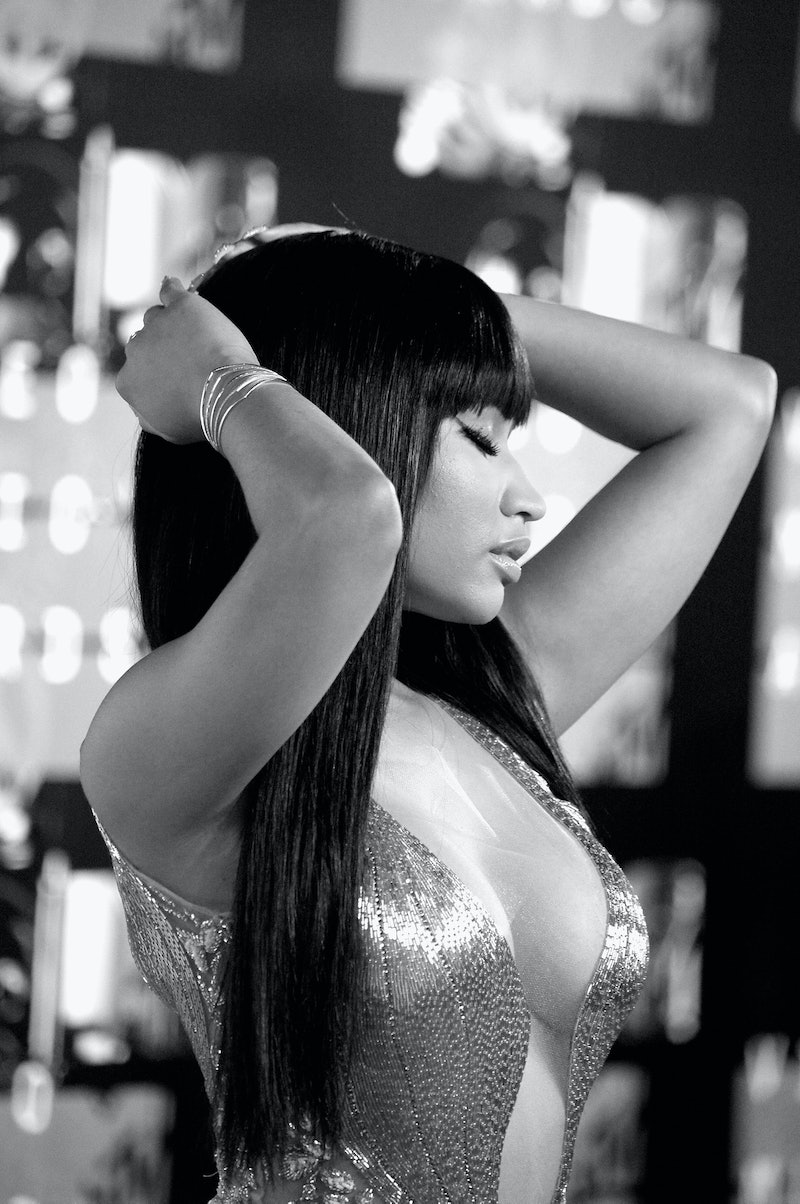 I was a sex columnist for years, and I have a motto: there are no sluts. There are only healthy and unhealthy sexual decisions. (A lot of my friends have heard this over the years, and are probably sick of it, so I'm passing it onto you instead.) The idea of a "slut" doesn't fit into this rule. And that's because the idea of a slut is just patriarchal, female-sexuality-policing drivel designed to be an all-purpose female putdown.

Slut-shaming — the public or private shaming of a woman for her sexual behavior, appearance, or anything else that seems to fall outside an accepted line, because it's judged to be too overt, too "unfeminine," too "asking for it" — is completely unacceptable. Here's how to slam it if it happens to or around you.

Another aspect of slut-shaming is that it reflects right back onto the morals and values of the person doing the shaming — not the subject herself. There is no inherent logic in calling a scantily dressed woman a slut, so it comes from a place of societally manipulated judgement, and calling that out can be powerful.

Getting a slut-shamer to talk through their logic can actually be maddening, but challenging their assumptions — that a woman who likes sex is "cheap," that short shorts mean somebody's up for crazy sex wherever, and that that's a bad thing — can ultimately shut them down for good.

This is for the slut-shamers who see a tight dress, high heels, a cut-out T-shirt — in fact, anything with less coverage than a muumuu — and deem it enough evidence to call somebody a "slut". Which is nonsense.

Clothes mean nothing. If they turn around and say "Maybe not, but that dress seems to be speaking pretty clearly," make fun of their supernatural hearing ability until they're too embarrassed to talk about it any more. I have no sympathy.

If you and those around you approve of the woman being slut-shamed, give props and validate her clothing/appearance/sexual choices, you'll silence the voice of the person doing the nastiness. Be the awesome Vogue woman on the dance floor at Romy & Michele's High School Reunion , not the jealous ex-popular girls who can't handle their fashion. (Don't know what I'm talking about? Netflix it immediately. It's actually a seriously sex-positive film.)

Stopping somebody from voicing an opinion does not prevent them thinking it, but if they're your friend, you can explain your reasoning another time. If they're some ridiculous bystander and you're the victim, though, strut, baby.

5. "Has Her Sexual Behavior Hurt You In Some Way?"

Seriously, this is the core logical nonsense at the heart of slut-shaming: what on earth does anybody else's vagina have to do with you anyway? Are you the FBI? Is she smuggling cocaine in there? The monitoring of women's sexual mores belongs in the Middle Ages, not in modern society.

If the answer, surprisingly enough, is "yes, she slept with my boyfriend," that's another discussion entirely. If "she's making all women look bad" is the argument, however, dismantle that crap.

I am not above shaming people for slut-shaming. In fact, I downright encourage it. Make them squirm and squeal and feel the outmoded, nonsensical embarrassment of their position. And throw more sass at it than the finale of Ru Paul's Drag Race.

See above. Pick some politician or public figure who's been in the news at that particular point in time for being a massive jerk to women — Trump will probably occupy that position eternally, because he's a douche, but there are, alas, many figures to choose from. Be topical! You think anybody dares to slut-shame when Stephen Colbert's around? Precisely.

8. "Beyonce Would Be Judging You So Hard Right Now"

Shame them using their mothers, shame them using God, but if you really want to cut them to the quick, shame them using Queen Bey. The modern goddess of feminism would be so upset with them right now, and she would want them to know it and be a shriveled mess of a human being at her disappointment.