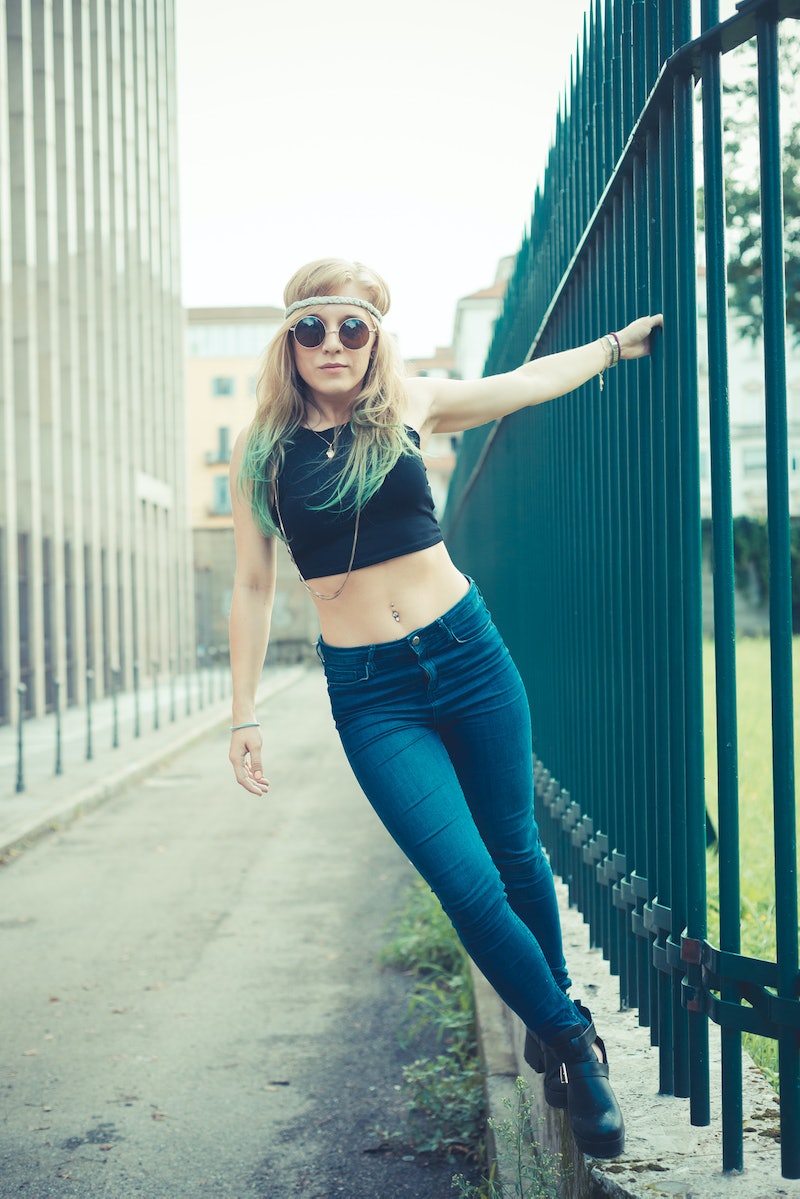 Although the ridiculous and misogynistic practice of slut-shaming is starting to become less and less socially acceptable these days, it is still far from extinct. Kim Kardashian, Kaitlyn Bristowe, and Amy Schumer are just a handful of high-profile women who have recently been publicly slut-shamed, and they're far from anomalies; many of us have been on the receiving end of slut-shaming in the recent past. And slut-shaming doesn't just come from men; many women slut-shame other women, often without even necessarily noticing that they're doing it. But while even the most judgmental of slut-shamers can usually recognize when they're purposely slut-shaming — and while most women are aware when they're being obviously slut-shamed themselves — there are actually a lot of ways that many of us are regularly slut-shamed that we may not even notice.

Slut-shaming is, at its core, about more than being judgmental about women's specific sexual choices — it's really about policing women and their bodies. From an early age, girls are constantly told what is or isn't "proper" for them to wear, say, and do — and we're generally lead to believe that this ever-present monitoring of our behavior and our bodies comes from a place of concern for our safety and well-being, rather than seeing it for what it really is: a way to control our bodies and keep us from feeling capable of making our own decisions about them. This is why subtle slut-shaming can sneak into our lives, making us feel bad without necessarily even understanding that we're being slut-shamed.

Here are five common comments that many of us wouldn't give a second thought — but these comments are actually a form of slut-shaming.

1. "Whose Attention Are You Trying To Get?"

One of my exes used to ask me this almost every time I dressed even a little bit sexy for an event or a party — even if he was going to be in attendance. I didn't realize it at first (and I don't think he ever realized it), but he was slut-shaming me. If anyone has ever insinuated that you're only getting dressed up in order to draw men's eyes to your body, they were slut-shaming you, too. And they probably didn't even know it.

The concept that women can't possibly dress up for themselves alone, or for other women (because, dudes, girls definitely dress for other girls) suggests that female bodies exist, first and foremost, for male consumption. It implies that men are entitled to women's bodies, and that women who dress in a revealing or sexy fashion do so just to "tempt" heterosexual men. It's so standard in our society for strangers to feel justified in commenting on what women are wearing that it's still sickeningly common for rape victims to be asked about what they were wearing during the assault. So while it may seem innocent for someone to ask who you're dressing sexy for, it's usually really not.

Women can't seem to win on the whole makeup front. If you go makeup-free, people will criticize you, saying that you're lazy and less attractive than when you put on the paint; but if you cross the arbitrary line that separates "acceptable" makeup from "heavy" makeup, or wear makeup that many people consider "too sexy" (like a smokey eye or red lipstick), you will often get slut-shamed for it. Once again, this comes from the bull sh*t social assumption that women make decisions about their appearance for men, not for themselves. If you've ever gotten crap for wearing a lot of makeup — even if it was cloaked in tons of language about "helping" you — you were being slut-shamed.

When a woman has a lot of guy friends, people always seem to be weirdly fascinated by it. If you've been asked why or how you have so many male friends (even if you have a ton of female friends, too), it's probably because the person asking you didn't know you could be friends with so many dudes without banging them. (Because, as you know, girls can't resist The D.) It's possible they were genuinely curious about how you found so many dudes you could actually put up with, but their comments probably wasn't just motivated by innocent curiosity. It's a dumb question — and one that engages sexist assumptions about men, too (like that they'd only be friends with a woman they could also be sexual with). This line of questioning is almost always a form of slut-shaming.

Here's another one of those things that passes for "old-fashioned manners" when really, it's just a form of slut-shaming. I mean, I don't think any of our grandmas knew they were slut-shaming us the many times they told us to "act like a lady." But whether it's being said about how you dress, how you date, how you talk, how you walk, how you sit, or really anything you do at all, people should not be telling you to "act more ladylike." The implication here is that if you're not being "ladylike," you're being inappropriate. And since what qualifies as "ladylike" is, once again, often actually about policing women and their bodies, it's not just cute old-fashioned thinking; it's actually just good old-fashioned slut-shaming.

More like this
Beyoncé & Madonna’s “Break My Soul” Remix Honors A Group Of Black Icons
By Stephanie Topacio Long
Your Daily Horoscope For August 17, 2022
By Alexandria Lettman
12 Cheeky Instagram Captions To Use When You Haven’t Posted In Weeks
By Emma Carey
The “Teenage Dirtbag” Trend Is TikTok's Latest Nostalgic Obsession
By Meguire Hennes
Get Even More From Bustle — Sign Up For The Newsletter