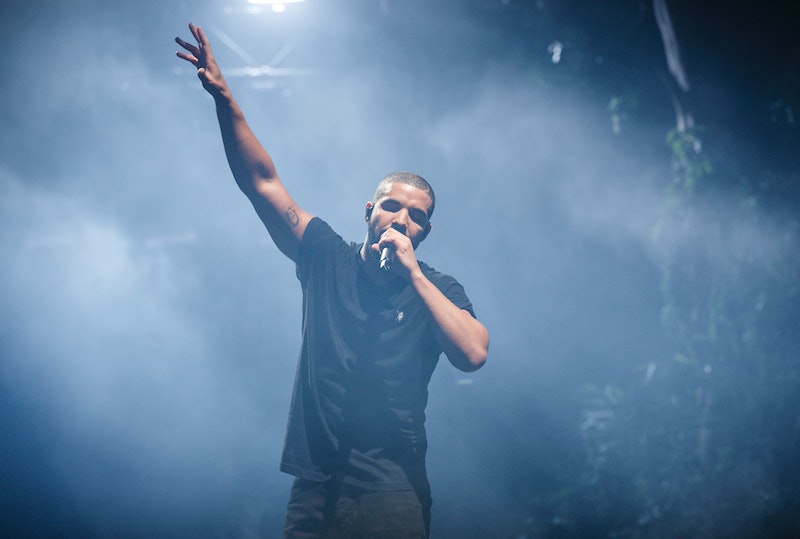 Real talk, I'm not sure I'm built for the music industry anymore. It seems like hardly anyone sets a release date for a normal album and then releases it on that day anymore, so I have to constantly be on my guard because a surprise mixtape could drop AT ANY MOMENT. Which is exactly the state of high alert I'm on right now with Drake and Future's rumored mixtape that is supposedly dropping sometime this week. Sometime this week?? The week is pretty much over, right, so I'm just supposed to sustain this frantic energy until, what? I die? Why are you doing this to me, Drake and Future? And I'm especially talking to you, Drake, because I've been on the edge of my seat about Views From The 6 's release date for an unconscionable amount of time, at this point.

But Drake is apparently not content to give me agita over just one album at a time, because according to Ryan Phillippe's Instagram, a surprise album and collaboration between Future and Drake would be dropping at midnight. But midnight came and went, and instead of driving myself nuts wondering about the alternate meanings of the word "midnight," I'm putting my energy toward something more productive — checking out whether Drake and Future have worked together before. Turns out they have, and on quite a variety of projects, so while I can't give you any more info on the style of the mixtape, I can tell you that Drake and Future have collaborated enough already that I'm nothing but optimistic about its quality.

Future and Drake have never put out an entire album before, like, say, Kanye West and Jay Z's Watch the Throne, but Future has featured Drake (say that five times fast) on his own tracks multiple times, and the two have also been featured on the same song by another artist. Both situations happened as far back as 2012, when Future threw Drake on the remix of his song "Tony Montana" from his album Pluto, and DJ Drama featured both men on his track "We In This Bitch 1.5" from his album Quality Street Music.

The next year, 2013, the artists met up again as featured artists on Lil Wayne's "Love Me", from I Am Not A Human Being II, and Future again showcased Drake in his song "Fo Real", from FBG: The Movie.

Last year, the two continued their pattern, working together on P. Reign's track "DnF," from his Dear America EP, and with Future once again bringing Drake on for "Never Satisfied," from Future's album "Honest." So in case you're keeping track, that's three times now that Future has featured Drake, with a big old goose egg the other way.

... and those stats aren't about to change yet! So far in 2015, Future has already featured Drake on his song "Where Ya At," so I'm really hoping that this rumored mixtape a.) exists, and b.) is more Drake-heavy with Future more featured, to even things out a little bit from the way they've been the past couple years.

Either way, whoever gets the most air time from this album, I just want it to get here already so I can finally breathe normally again. At least until the next surprise album starts getting whispered about.