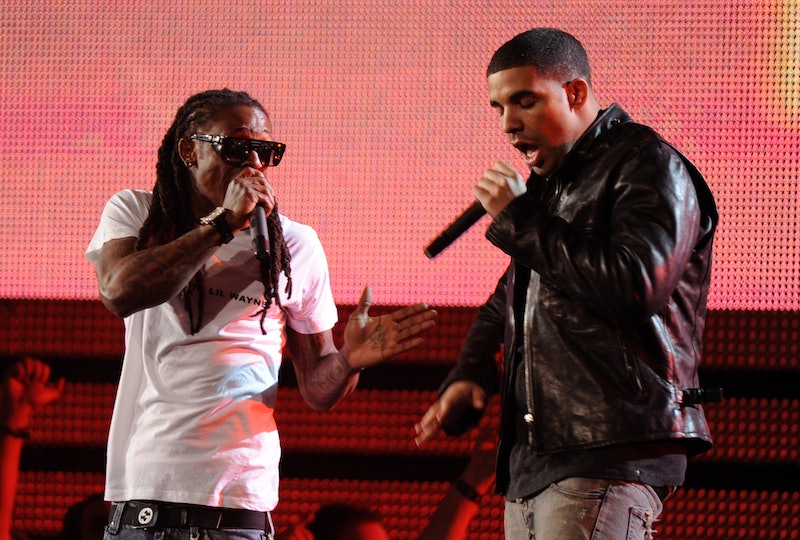 If You're Reading This It's Too Late: Is that just the title of the mixtape Drake dropped over night or is he telling his fans that it's "too late" to expect the previously announced Views From the 6 album? What is going on right now? Yes, I am overjoyed by the new Drake music. It dropped just in time for a single girl to feel consoled on Valentine's Day weekend, but now I have so many questions. Does Drake's new mixtape replace his new album? Is If You're Reading This It's Too Late some sort of precursor to View From the 6? Is anything titled Views from the 6 ever getting released? After acting as a social media sleuth and refreshing all of the hip hop blogs, no one seems to know what's really going on. I could not find any definitive answers. In fact, I actually have more confusion than before.

Is This A Mix Tape Or An Album?

Seventeen tracks is an awful lot for a mix tape. Plus, Drake did previously release three tracks in October 2014, which I would consider a precursor to an album. In the song "0 to 100" the rapper boasts, "we already got Spring 2015 poppin." February is technically winter, so should I still expect some action in Spring 2015? With so many tracks on If You're Reading This It's Too Late, I highly doubt that would happen so soon. This makes me say that this is an album.

Are These The Tracks Intended For Views From The 6?

There are six different songs that have "6" in the title, making me think that these were originally for Views From The 6. Drake has songs titled "6 God," "Star67," "6 Man," "You & The 6," and "6PM in New York." This makes me think that Views From The 6 is a scrapped project. Why wouldn't these six songs with the number six in the title not be on that album? Probably because it is never coming out.

Was Views From The 6 Ever Going to Be Released?

Was all the foreshadowing just a ruse so Drake could pull a Beyoncé and surprise us all? Did he ever intend to release Views From The 6? He seemed so sincere about it! I could never picture Drake lying to me. He would not treat me like this. I am going to assume because I have a blind loyalty to Drake that he just changed his mind at the last minute. I doubt that such a sensitive artist would intentionally lie to his fans. Right?

I honestly have no idea what is going on. Based on the evidence, I think that these are the tracks from Views From The 6. With mix tape being so lengthy, I doubt he's going to release a whole album at any time soon. But you never know with Drake. I feel like he always has so much to say. So many emotions. I would not be shocked if Views From the 6 did get released and he has "Spring 2015 poppin."