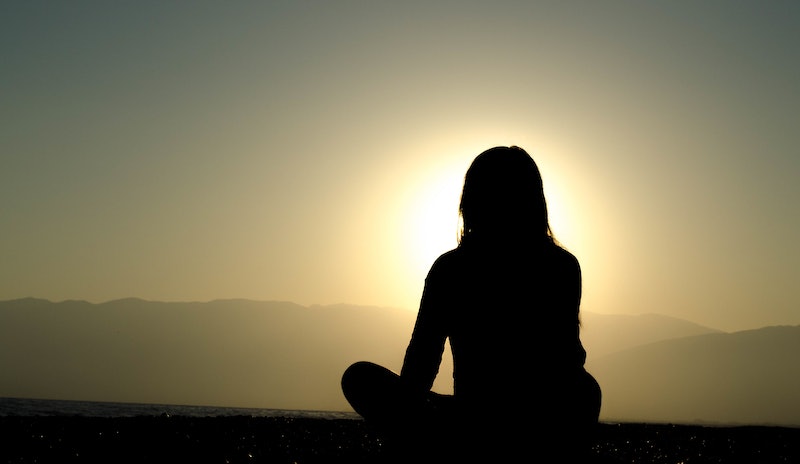 "I am a total badass. A fat badass." That sentiment isn't often one heard echoing through young adult novels about body image and weight. Which is probably because Julie Murphy's Dumplin' isn't the typical YA novel about body image. Rather than focus on a weight-loss journey or a character who desires to be thin, Willowdean Dickson, aka "Dumplin'," is a self-proclaimed fat girl who is proud of who she is and what she looks like, no matter how others treat her. Basically, you're going to be making the glorious cover image pose the whole way through the book.

Dumplin' centers on Willowdean who lives with her former small-town pageant queen mother, the one who gave her the titular nickname. Willowdean has been BFFs with Ellen since they both bonded over a mutual love for Dolly Parton:

It wasn't just the look of Dolly that drew us in. It was the attitude that came with knowing how ridiculous people thought she looked but never changing a thing because she felt good about herself. To us, she is ... invincible.

It's this spirit that drives Murphy's novel — the loving yourself, invincible feeling and the strive to achieve it. Willowdean falters in loving her own body when she starts kissing her work crush and she notices his hands touching her body. She falters when Ellen loses her virginity first, and when Ellen buddies up with a skinny mean girl. She falters when she realizes she doesn't think her mother could see her in a beauty pageant. But she doesn't let those slips kill her spirit. Instead, Willowdean does the unthinkable, according to the people around her: She enters that beauty pageant and she's determined to show everyone that beauty isn't just skinny model ideal.

Murphy's novel is a celebration, as she dedicates the book, "for all the fat bottomed girls." The book, it seems to me, isn't just about Willowdean, it's about giving voice to everyone who has ever felt sidelined because of their weight in pop culture. In Dumplin' Willowdean speaks out about how fat girls are portrayed on screen:

I hate seeing fat girls on TV or in movies, because the only way the world seems to be OK with putting a fat person on camera is if they're miserable with themselves or if they're the jolly best friend. Well, I'm neither of those things.

As a book, Dumplin' itself is a response to this. It's the book that Willowdean herself wants. And I'm sure she would be proud of.

To combat all of these tales of weight treated as a "problem" in literature, there are six other YA body positive YA novels to read after Dumplin'.

Jamie in My Big Fat Manifesto isn't defined by her weight, but she doesn't shy away from discussing it either. As a senior in high school, Jamie has loads of loyal, close friends, and she's involved in both school activities and studying for college exams like everyone else. She weighs nearly 300 pounds, and she's happy with herself and actively seeks to change the world around her that seems obsessed with beauty as a thin ideal. In a column for the school newspaper she writes about what it's like to be defined as obese in this world through personal stories and some undercover journalism — including visiting a clothing store and seeing what happens when she requests her size and a changing room. Her boyfriend is also considered obese, but both Jamie and the author Susan Vaught are respectful and understanding of his decision to undergo weight-loss surgery. Never in the book does Vaught pressure her main character to be thin or want to lose weight in order to find happiness, as unfortunately so many stories of this type do. Instead Vaught, who is trained as a psychotherapist, shows us Jamie's beautiful, hilarious voice and perspective on the world we are all caught up in.

Gabi, A Girl In Pieces by Isabel Quintero

If you've been reading books where self-described "fat girls" have stories all about their weight are going to find Gabi and author Isabel Quintero incredibly refreshing. Gabi, a light-skinned Mexican-American high school senior, is struggling with her identity, but it's not based on her weight. She's more concerned with her struggle to want to participate in things white girls are doing while keeping her Mexican heritage alive. Quintero tells the story through Gabi's entries that, yes, do include meditations and pressures surrounding her weight, but they aren't front and center. She'a also coping her with best friend's pregnancy, her friend trying to come out to his parents, her sexual desires, and her family pressures. Gabi is entirely relatable, raw, and totally funny and smart, and she, like Quintero, knows that nobody should be defined by their weight.

It seems to Ashley Perkins that she's the only one in her universe that couldn't care less about the numbers on the scale. But she has always been rewarded for losing weight: 80 pounds for a new car, 50 pounds for a trip to Disneyland. So when grandmother offers tuition to Harvard in exchange for Ashley undergoing weight-loss surgery, Ashley feels truly stuck. Her intelligence and ambition is now tied to her physical appearance and those numbers on the scale she never cared about. Future Perfect isn't out until October 5, but if you're dying for stories about girls who are confident about their weight, stories about how it's the world, not the weight, that's the problem, you're going to want to get your hands on it.

Got to love a story about a self-proclaimed "fat girl" that doesn't center at all on her weight or weight loss "goals." Jonathan Maberry's story, within the YA horror anthology, centers on a zombie apocalypse where that fat girl is the straight-up hero. Everyone else in Dahlia's high school tries to define her by her weight, but to Dahlia, it's just one aspect of her appearance and it's part of who she is in a positive way. And no spoilers, but let's just say that Dahlia is also darn proud of her strength fighting these zombies. In this story, the "fat girl" isn't relegated to the quirky best pal or the weight-obsessed teenager; she's the star and the savior.

Everything Beautiful by Simmone Howell

Simmone Howell's 16-year-old Riley Rose describes herself and others her size as "Chubby Con Carnes," and it's meant with pride, endearment, and a push for acceptance. And in Everything Beautiful, it's not her weight that disturbs Riley's father, it's her acting out after her mother's death. For that reason, her born-again parent ships her off for a summer at the Spirit Ranch Holiday Camp. Weight is just one of the many teenage identity issues that's presented in the book, along with sexual identity, disabilities, religions, just like it's only one piece of how we can be defined in the real world. Moreover, Riley Rose is a funny, sarcastic, and sexual being, definitely not someone that would allow herself to be defined by only one facet.

Noelle Stevenson's graphic novel has essentially nothing to do with losing weight or body image in the actual text — Stevenson's representation of her protagonist is inspiring in itself. Nimona is described as fat, but she's not ridiculed, pressured, or ostracized and she feels no shame; her weight is barely a topic at all. Instead, Nimona gets to be a fully realized three-dimensional character that happens to be fat, but is never defined by it. For those of you who already know all about Lumberjanes, you'd expect nothing less than Stevenson. And this isn't just progress for YA, it's also progress for genres like fantasy and science fiction.