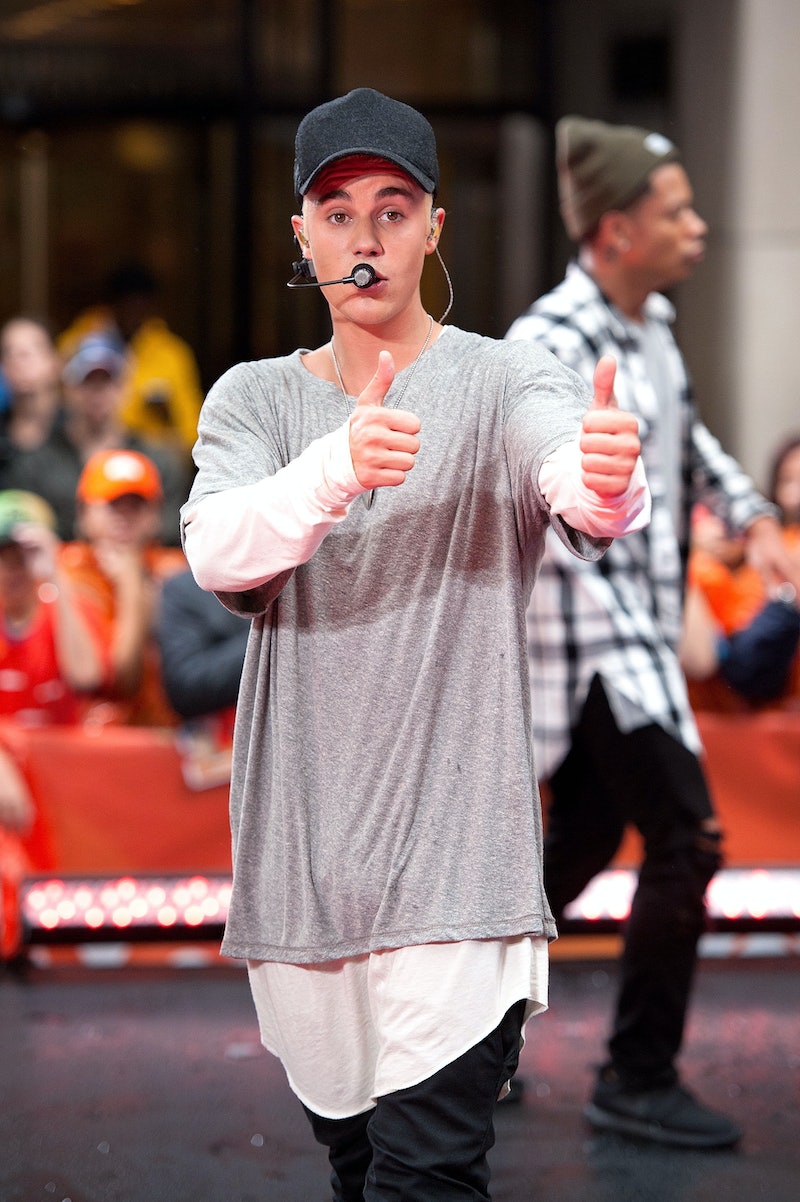 Justin Bieber is officially claiming the second half of 2015 for his return. With his emotional 2015 MTV VMAs performance, acoustic performance of "What Do You Mean?," and first No. 1 song, there's no doubt that Bieber is making a total comeback. In his latest appearance, Bieber performed "What Do You Mean?" during the Think It Up television event.

Think It Up extends beyond the Sept. 11, 2015 broadcast. Public middle and high school students are encouraged to work with teachers on learning projects. Teachers can later upload these project proposals to thinkitup.org, where donors can give financial contributions to support the projects. It's an incredible initiative, made even more exciting by the performance by Bieber.

The singer kicked off the event, setting the bar high for the rest of the evening. (He even got a shoutout from Jennifer Garner, who said, "Thank you so much, Justin, for kicking this off right!") Clad in an all-white outfit, Bieber busted out his hit single, "What Do You Mean?" He rocked his newly bleached blond hair, but it was the singer's dance moves that really stood out.

The audience was appropriately excited, screaming, cheering, and reaching out to the singer. (Not to mention the lucky people sitting along the staircase Bieber ran up during his performance!) Highlights from Bieber's performance include him hitting some very, very high notes and displaying some of the incredible emotion he showed during the 2015 VMAs.

More like this
Justin & Hailey Bieber's Bond Is "Unbreakable" Amid His Ramsay Hunt Diagnosis
By Bustle Editors
Watch Chris Martin’s Surprise Performance At A Quaint English Pub
By El Hunt
Twitter Has *A Lot* To Say About Justin Timberlake’s Beat Ya Feet Dance
By Sam Ramsden
Selena Gomez Is Fine Being Single, But She Still Manifested Romance On 'SNL'
By Martha Sorren, Jake Viswanath and Jack Irvin
Get Even More From Bustle — Sign Up For The Newsletter