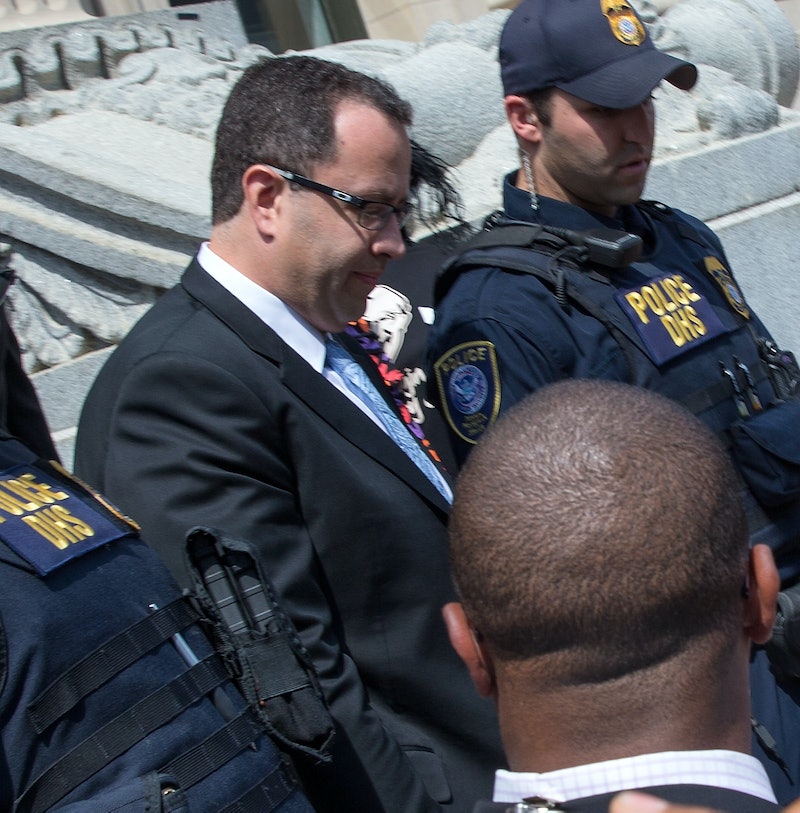 On Saturday, fast-food sandwich chain Subway announced the completion of its internal investigation into former pitchman Jared Fogle. And it apparently bore some results: Subway says it found one serious complaint against Fogle, made back in 2011, and expressed regret for not having "properly escalated or acted upon" it.

The 38-year-old Fogle, of course, was a front-and-center spokesman for Subway for nearly 15 years. He rose to prominence on the strength of his massive weight loss while eating a restricted diet of Subway sandwiches, making him what seemed like a natural, perfect representative for healthier-choice options in the fast food market. But on July 7, 2015, his home was raided by the FBI, and some of his electronics seized. He would ultimately plead guilty to paying for sex with minors, and possession of child pornography, just over one month later.

It's undeniably horrifying stuff, and Fogle will definitely be doing some manner of time for the crimes — the sentencing hearing is slated for November. But it also understandably demanded some kind of response on Subway's part, as closely tied as they were to Fogle for so many years. That first came when they severed their relationship with Fogle, and announced an internal investigation back in August.

According to a statement from Subway spokesperson Kristen McMahon, given to the AP on Saturday, the 2011 complaint came from a familiar source: Rochelle Herman-Walrond, a former TV journalist who publicly stated last month that she'd gone to the FBI with her concerns about Fogle. Herman-Walrond has said that she heard Fogle profess a sexual attraction to middle-school girls in 2005, and subsequently cooperated with the authorities in recording hours of conversations with him.

As ABC News notes, the FBI has not publicly confirmed this story, although it is known that witnesses recorded conversations with Fogle. But more to the point, Herman-Walrond apparently didn't stop at alerting the authorities about what was happening — she told Subway too, although what she precisely said is unknown.

According to the AP, McMahon stated that Herman-Walrond "expressed concerns about Mr. Fogle," but didn't indicate anything "that implied anything about sexual behavior or criminal activity involving Mr. Fogle." That's all McMahon reportedly offered, however — no details about the exact nature of the complaint by Herman-Walrond, or how she specifically phrased it. The company also stated that "the investigation found no further evidence of any other complaints of any kind regarding Mr. Fogle that were submitted to or shared with SUBWAY."

Fogle is scheduled for sentencing on November 19, and by virtue of his plea agreement there's both a floor and ceiling as far as what the prosecution and defense will seek — Fogle won't ask for any less than five years, and the prosecution no more than 12-and-a-half years.