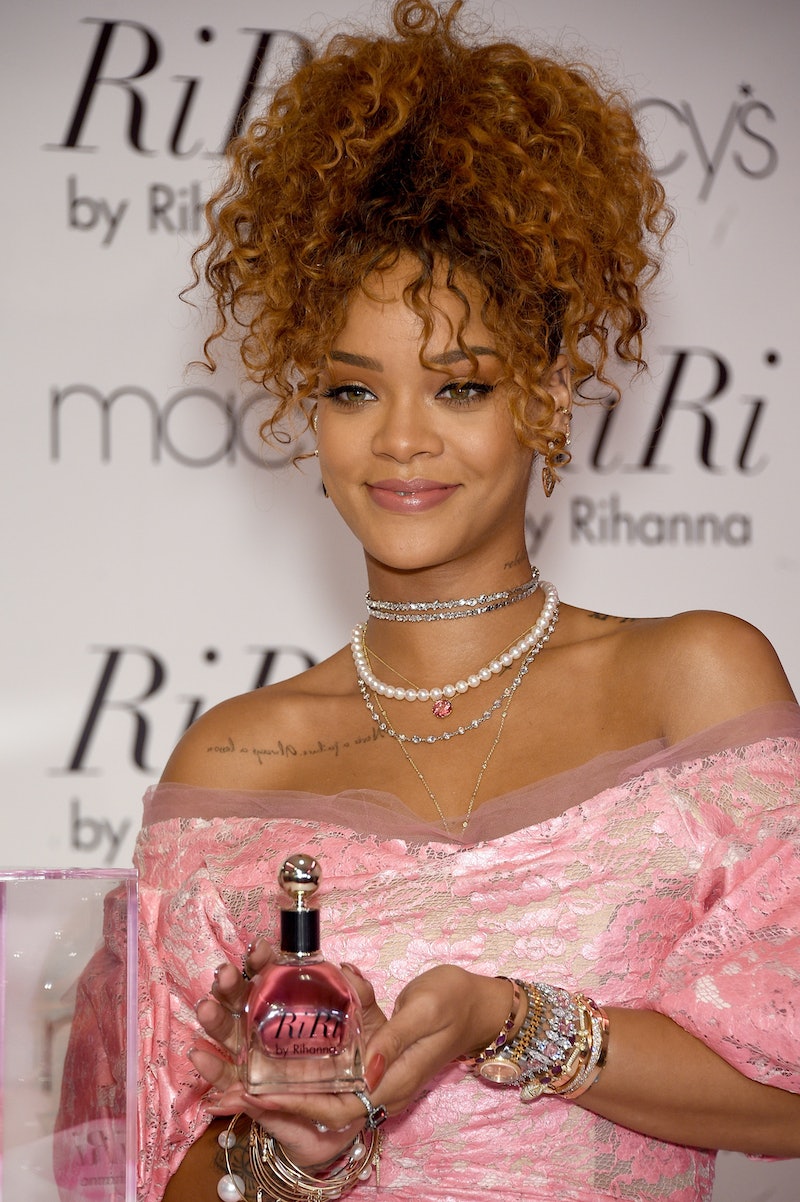 It's an exciting time for Rihanna. In case you haven't heard, the "Diamonds" singer recently teamed up with Puma for a clothing campaign; she's serving as the global brand ambassador and creative director of its women's line. And guess what? This design partnership might not be the only new relationship in RiRi's life. According to E! News, multiple sources have confirmed that Rihanna is officially dating Travis Scott. An inside source told the site, "It's already very serious. He's very into her." Apparently the pair have hung out multiple times in the past few weeks — at events for New York Fashion Week and one of Scott's shows. Entertainment Tonight reports that they were "all over each other" at Rihanna's NYFW Block Party.

When I first read this news, I had to do a double-take. I wondered, Wait, who is Travis Scott? If you find yourself contemplating the same thing, fear not. I decided to do some digging and learn more about the rapper — you know, besides the fact that he may be the new leading guy in RiRi's life.

Since the dating news hasn't been confirmed by the singer herself, let's stick to what we do know. Here are five facts about Travis Scott.

1. That's Not His Real Name

"Travis Scott" is actually a stage name. His real name? Jacques Webster. This may be a sign that he and RiRi are meant to be, since she doesn't go by her real name either. (Rihanna is actually her middle name. Her first name is Robyn.)

Scott was signed as a producer to Kanye's label imprint "G.O.O.D. Music" and worked with him on Yeezus. He also said that Kanye would be involved in his album in some capacity.

Interestingly enough, Kanye's ex Amber Rose said that Scott ghost wrote some of Kanye's songs. Who knows if that's actually true, but either way, it's an impressive claim!

Not that there's anything wrong with that! Just stating the facts: Scott is 23, while Rihanna is 27.

4. He Likes To Party

Here's the iTunes description for his album Rodeo :

Those who think Travis Scott is only about partying and turning up, you're partially right. Yes, he gets lit like a Christmas tree, but the hangovers and consequences are real. Hence the title, Rodeo.

Something tells me Rihanna won't have a problem with that. Nope, not at all.

5. His Album Came Out Last Week

What better way to get introduced to Scott than checking out his brand-new album? Based on the description above, it's bound to be entertaining and it's already having a successful first week.

Even if he isn't dating Rihanna (although it sure seems like it!), Scott is doing pretty well for himself and should probably be on your radar anyway.