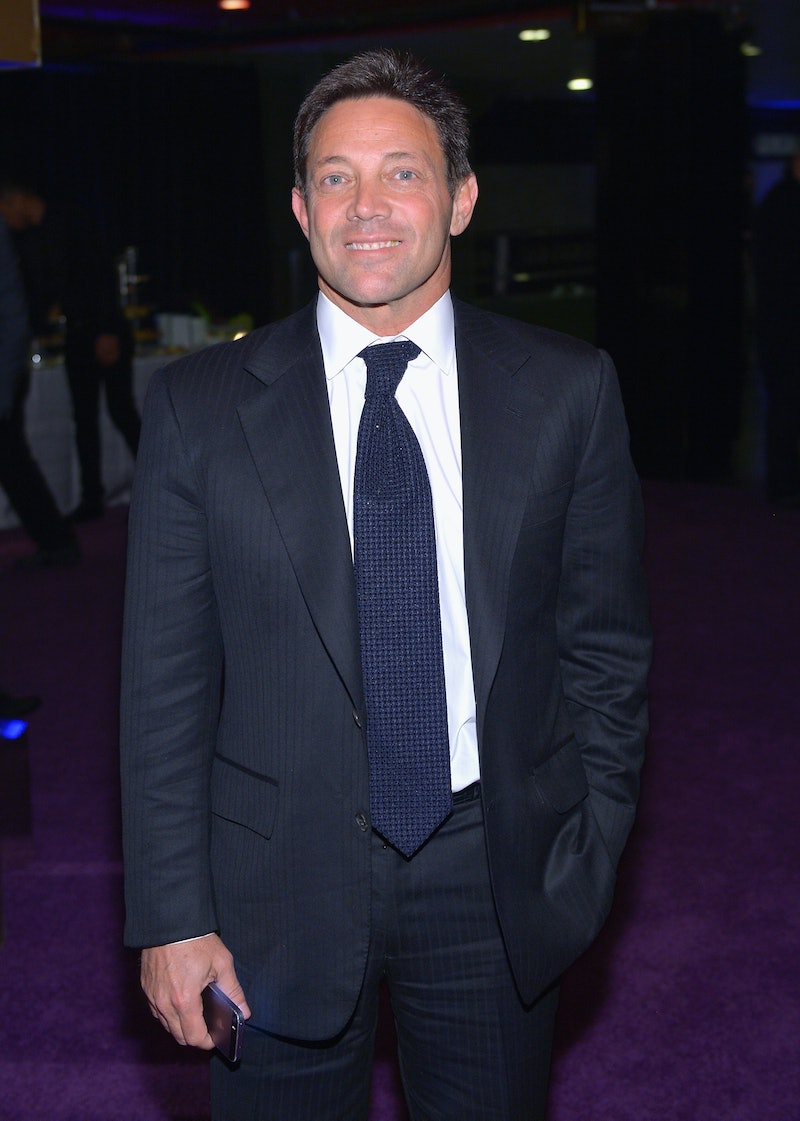 In the 1987 film Wall Street, Gordon Gekko, played by Michael Douglas, introduced the world to the phrase “greed is good” and now The Wolf of Wall Street serves to underscore that point. Directed by Martin Scorsese, the film stars Leonardo DiCaprio as Jordan Belfort, a man whose decadent lifestyle was fueled by swindling hapless Americans on penny stocks and abusing boatloads of cocaine. So, who is this man who inspired one of this year's most anticipated films? Let's take a look.

In interviews surrounding the film, Belfort unabashedly admits to “pushing the envelope” every day of his life during his time at Stratton Oakmont, the company he created from scratch in an abandoned auto-body shop in Long Island. Belfort admits to abusing drugs to dull the pain of guilt and remorse that “would have surfaced a lot earlier had [he] not been self-medicating.”

By the 1990s, he was making $50 million dollars a year at his fraudulent company, and coined a policy known now as the "pump and dump," artificially creating a market for stocks then selling all shares, leaving investors out of pocket and stockbrokers with the real money. He explained:

Fraud is not something you want to be good at. I was always taking great efforts to cover my tracks. It was unbelievably exhausting, keeping track of all the lies. ... I think that's why I lived so recklessly. You're doing things that you know can't go on indefinitely. It fuels that insane lifestyle.

In 2003, Belfort was convicted of money laundering and securities fraud, serving 22 months in jail. The Hollywood Reporter reports Belfort claims that 100 percent of profits from both his memoir and the upcoming film are going to paying back investors for the nearly $200 million swindled during his glory days. Now Belfort works as a corporate sales trainer and private consultant for small businesses looking to increase their wealth.

Producer and leading man Leonardo DiCaprio spent years with Belfort after his book was released discussing the man’s life and developing the film. In an interview with The Hollywood Reporter, DiCaprio explained that what drew him to Belfort's story "is the brutal honesty with which he talks about the mistakes that he’s made.” DiCaprio has said that many of the most depraved details in the film come from later conversations he had with Belfort about his time on Wall Street. He says:

This movie epitomizes the corruption of the American dream, and it's done with a great sense of sadistic humor.

Martin Scorsese, who directed the film and has portrayed characters similar to Belfort in the past (think The Departed and Goodfellas), said that he believes under certain circumstances, all people are capable of despicable acts:

That's why, over the years, in my movies I've had characters who didn't care what people thought about them. We try to be as true to them as possible and maybe see part of ourselves in there that we may not like.

Many of the film’s participants have agreed with Scorsese’s condemnation of human nature. Jonah Hill, who plays Donnie Azoff, or Danny Porush in real life, Belfort’s right hand man, explained that as a kid he would have glorified Belfort’s actions instead of condemning them: “We would've walked out going, 'Ahh! Let's become stockbrokers!'”

After all is said and done, though, the real question is whether or not The Wolf of Wall Street presents a glorification of the nefarious deeds of Belfort. In interviews, Belfort is candid about his mistakes, owning up to them and explaining that he strives now to continuously right the wrongs of his past. But it is unclear whether moviegoers will view the film in the same light. If greed continues to be good, The Wolf of Wall Street walks a fine line between endorsement and condemnation of Belfort’s behavior.