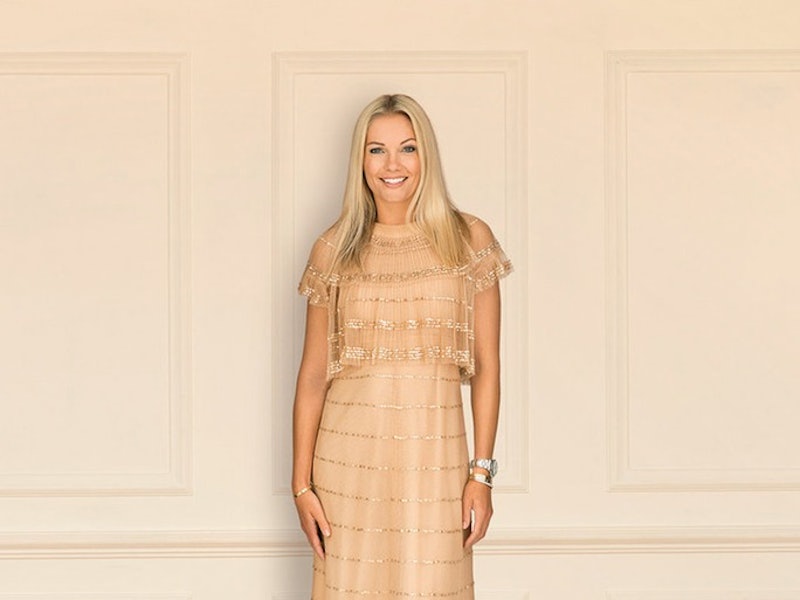 Whenever a new cast member is introduced on a show, it's usually clear right off the bat whether or not they'll gel properly with the rest of the crew. But given the memorable splash Ladies of London newcomer Caroline Fleming has already made in Season 2, I have absolutely no doubt that she'll make for a perfect addition to these classy ladies from across the pond. This isn't just because she's sure to bring her own fair share of drama to the gang (though that's probably true). It also has to do with the fact that Caroline is actually of royal decent. You see, unlike some of her other Ladies of London co-stars who are trying to marry (or have their children marry) their way into the royal ranks, Caroline is an actual royal by blood, which adds even more intrigue to her on-screen presence.

According to her Bravo bio, Caroline was born a Danish Baroness into "one of Denmark's oldest families." However, just like any good royal story, her high station has come with its fair share of trials and tribulations. (Kinda like Hamlet except without all the bloodshed and stuff.) In fact, Caroline was forced to completely relinquish her title when she made the decision to marry her now-ex-husband, Rory Fleming. (Fun fact: Rory Fleming is actually the nephew of James Bond creator, Ian Fleming.)

But even though she's been striped of her title, that doesn't take away from the fact that she has royal blood coursing through her veins. And, honestly, the fact that she was willing to give it all up for love makes her even more likable. While others are greedily searching to establish royal ties, she gave hers up willingly in the name of happiness.

Even now, though, she still has regal connections in high places. Come to find out, she's best friends with Crown Princess Mary of Denmark, who was just recently voted in British magazine Hello! as being the most stylish young royal, beating out the likes of even Duchess of fashion, Kate Middleton. In fact, Caroline and Mary are so close that the princess even serves as godmother to Caroline's daughter.

So even without the title, it's clear that Caroline has a royal network at her disposal, which I certainly hope ends up playing into the show at some point. Maybe Princess Mary can even come on to guest star? Either way, I'm confident that Caroline will bring a new brand of sophistication and class to this series. And I, for one, can't wait to see how it all unfolds.