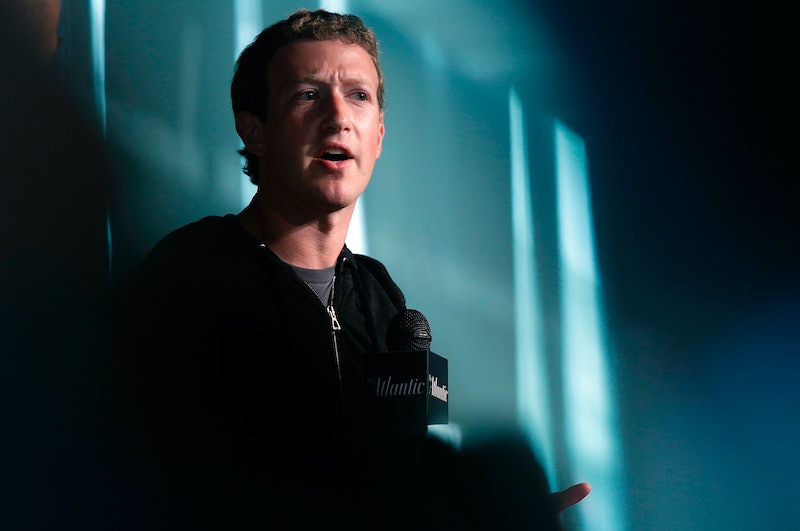 A new Facebook initiative will allow users to donate money to nonprofits directly through a group's Facebook page. Facebook — much like Amazon, Google, and Apple — will now be able to collect your billing information and credit card numbers, allowing the company to promote their e-commerce plan and Facebook Games. (Because what better way to spent an afternoon than playing Troll Quest 3?)

The "Donate Now" button, which pops out into window at the top of a group’s Facebook page, lets users easily donate up to $250 to nonprofits. While the social network might not be the coolest social network among bright young things anymore, it’s trying to revamp its game plan through inevitably annoying automatic video advertising and now, philanthropy.

Among the 19 groups that have already embraced the button include Oxfam America, Boys and Girls Club of America, and the Rape, Abuse and Incest National Network (RAINN). More groups will be added to the scheme later. TechCrunch suggests that the button could help philanthropy go viral, especially as 100 percent of donations go to the non-profits.

"In times of disaster or crisis, people turn to Facebook to check on loved ones, get updates, and to learn how they can help," Facebook announced on their website.

The feature was first tested following devastation in the Philippines after Typhoon Haiyan in November, Mashable reports.

While some groups are applauding Facebook’s move for allowing non-profits much-needed access to donations, the button is certainly a double-edged sword. But sharp-minded techies have advice for those who want to give — but don’t necessarily feel like being on the receiving end of some NSA-style data mining of their personal information.

TechCrunch points out that you can remove credit cards linked to Facebook by going to the 'payment account settings' section on your page, although delinking the card would make it more difficult to quickly donate in the future.

So donate to your heart's content, but keep always be vigilant. It's the Internet, after all.