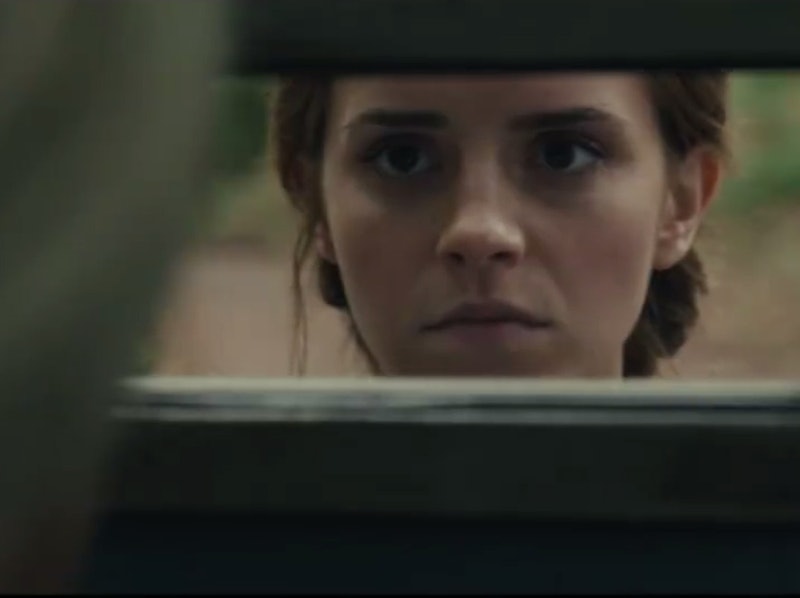 When it comes to choosing roles, Emma Watson is fearless. Watson is known for playing feminist characters, and her latest movie, Colonia , looks to be just as empowering. Watson just shared the first trailer for the upcoming movie and it's seriously intense.

Although the preview clocks in at just one minute long, it's full of action sequences, suspense and drama. According to MTV, in Colonia "Watson and Daniel Brühl play two lovers in the midst of a 1973 Chilean military coup; when Daniel (Brühl) is abducted and taken to a religious cult from which no one ever escapes, Lena (Watson) must disguise herself as a believer to infiltrate the cult and get him back." I told you it sounds intense! The trailer captures this momentum and I found myself holding my breath as I watched it.

Unfortunately, Colonia doesn't have a U.S. release date yet. However, it will reportedly premiere at the Toronto International Film Festival this week, so hopefully good buzz will help it reach those of us not in Canada. In the meantime, you can join me in replaying the trailer again and again. Not enough drama for you? Check out the seven most dramatic moments from the Colonia preview below!

1. When We First See Watson

There's something foreboding in her eyes.

2. When You First Meet The Two Lovers

And it's so sad because we know what's coming.

3. When Watson First Sees The Gates

We can feel her fear.

4. When The Coup Strikes

And Brühl is abducted.

5. When She Vows To Save Brühl

We know it won't be an easy fight.

6. When Her Determination Is Palpable

7. When She Questions Herself

We're rooting for you, Watson!