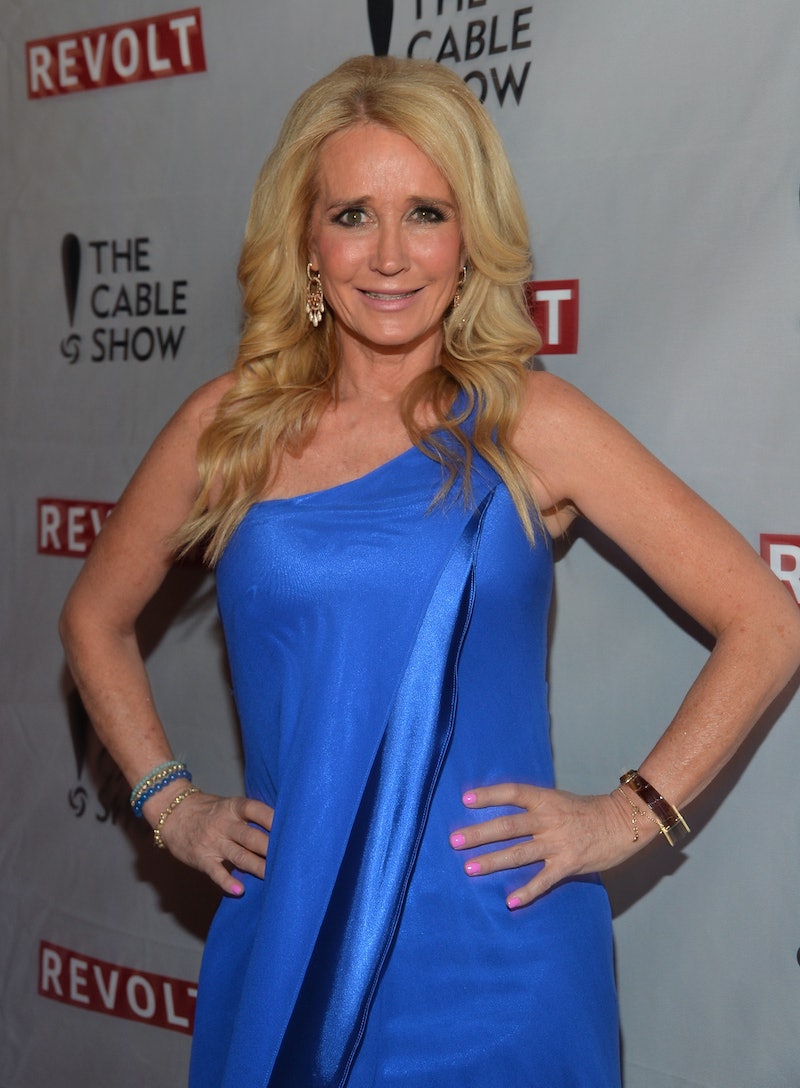 This sure hasn't been an easy year for former Real Housewives of Beverly Hills star Kim Richards. On Monday, she was sentenced to three years probation and 30 days of community labor, and ordered to attend 52 weeks of Alcoholics Anonymous. The 50-year-old was also ordered to stay away from the Beverly Hills Hotel while serving probation.

In April, Richards was arrested at the hotel. At the time, the Beverly Hills Police Department charged the reality starlet with trespassing, public intoxication, resisting an officer, and battery on an officer. The police department said at the time, "Ms. Richards was displaying symptoms of alcohol intoxication, including slurred speech and belligerent insolent behavior, cursing at the officers and passively resisting arrest." Then, in May, it was reported that Richards could face jail time — up to two and a half years, to be exact. Obviously, given Monday's sentencing, she will not be going to jail.

Since her arrest, the reality star has opened up about the situation on more than one occasion. While chatting with Entertainment Tonight in July, she talked about that night at the hotel, in addition to going back to rehab. She said,

Actually, my arrest was my 'a-ha I get to go away now and rest and take a break from all this.' I don't want anybody to take this wrong, but I truly needed a break from hospitals, family, the pressure. I needed to go away.