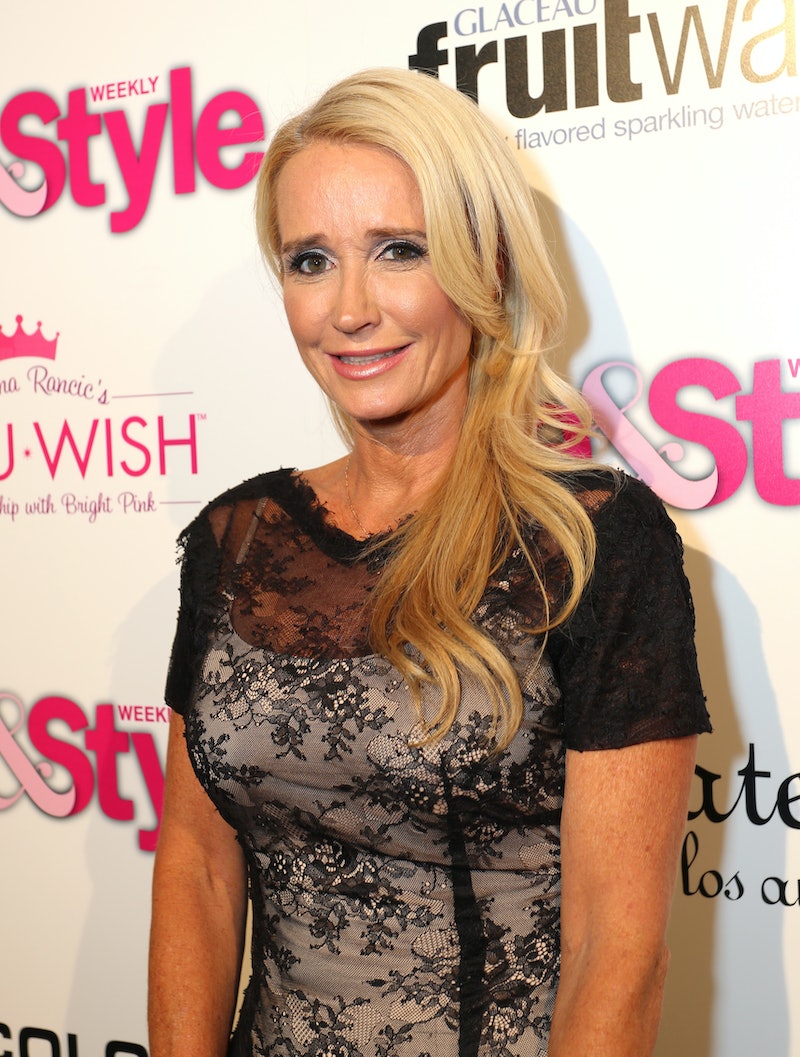 Things are not looking good for this Real Housewife. Kim Richards was officially charged for an arrest made in April and could end up in jail, if convicted. The Real Housewives of Beverly Hills star was arrested on April 16 after the Beverly Hills Police Department showed up at the Beverly Hills Hotel, where an intoxicated Richards caused a scene and refused to leave the hotel, according to the police department. Now, documents filed by the Los Angeles County District Attorney show that the reality star has been charged with public intoxication, resisting arrest, and battery upon a police officer.

At the time, the Beverly Hills Police Department said, “Ms. Richards was displaying symptoms of alcohol intoxication including slurred speech and belligerent insolent behavior cursing at the officers and passively resisted arrest.” After her arrest, it was reported that Richards allegedly entered rehab, because of the incident and the fact that she "humiliated her kids and she wants to avoid jail," according to a source who spoke with People. Richards never confirmed she went to rehab and her rep did not respond to Bustle's request for comment.

In April, Richards opened up to Dr. Phil about her arrest, which turned out to be an emotional roller coaster, and understandably so. She told Dr. Phil, “I was angry and frightened and I was scared. I knew what I had done. The whole night is my fault. None of this would have happened if I didn’t drink."

If convicted, Richards faces up to two and a half years in jail. Her arraignment is slated for June 11.