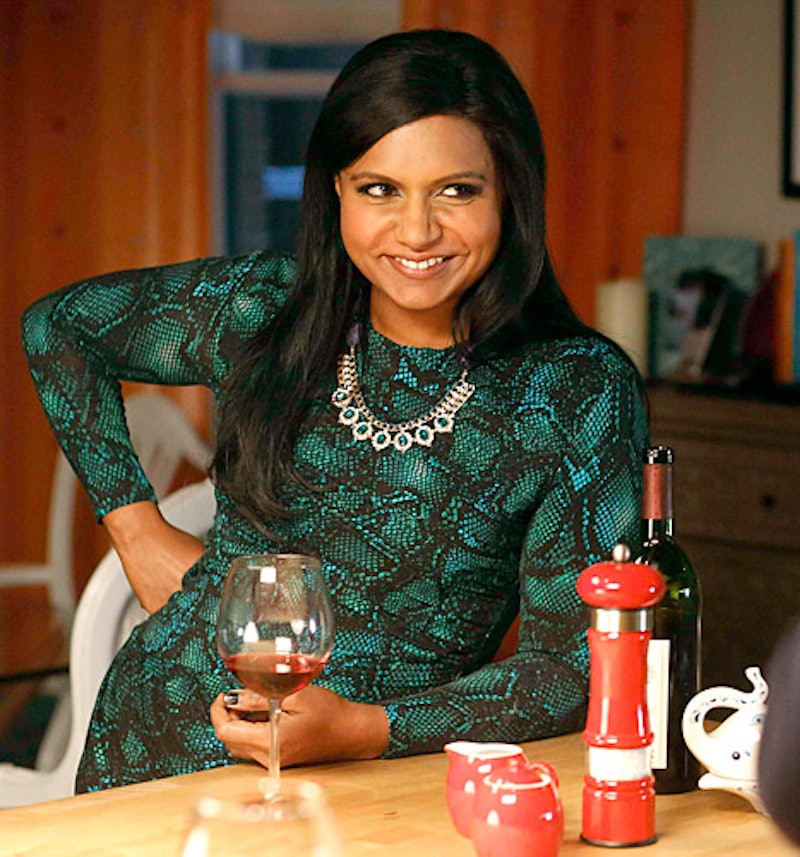 If you haven’t thanked your lucky stars that The Mindy Project was picked up by Hulu for its fourth season, I encourage you to do so now. (We should pay respect, just in case.) The Mindy Project has been my favorite female-led sitcom since 2012, which doesn’t sound that impressive, but does make me qualified to convince you why I believe it to be feminist — despite what longtime fans and critics have argued. The show, which premieres on Tuesday for its fourth season on Hulu, has been condemned for its portrayal of sexual consent, amongst other things.

1. Mindy Is A Successful Woman In A Male-Dominated Field

Although the percentage is on the rise, the medical field is still primarily composed of men. Mindy represents as not only an OB/GYN, but a good one at that. See: the pilot episode where Mindy actually leaves a date to care for a patient.

2. Mindy Is All About Women's Sexual Health

As an OB/GYN, Mindy has to be an advocate for reproductive healthcare. It's refreshing to see a show tackle what so many other sitcoms are never able to do because they don't have the backdrop of a medical practice. The Mindy Project broaches the subject with ease, not taking itself to seriously, but still getting its message across.

At the end of the day, Mindy doesn't seem to care what many others think about her. She's unabashedly herself, faults and all.

4. Mindy Is Not Afraid To Love Rom-Coms And Sequins

Mindy is a well-rounded female, with dichotomies and contradictions and all of the things that make us human. Just because she wants her life to be a You've Got Mail sequel doesn't mean she can't hold down an important conversation about books or politics.

Mindy's relationship to her body is one of the most realistic ones portrayed on television today. Like most women, Mindy finds faults with her physical appearance, but she does not let them define her. The idea that woman should just not care, or adhere to society's standards of beauty, is unrealistic, and frankly just gives us another reason to beat ourselves up. Mindy shows us a different way. You're allowed to care. You're allowed to want to improve yourself, but you don't have to center your life around it.

The show celebrates Mindy's sexuality without making it her sole characteristic.

7. Mindy Is Her Own Role Model

Mindy's self-aware enough to know that she has faults, but that doesn't stop her from loving herself and appreciating all her positive characteristics. She's her own biggest fan, and I can't imagine anything that's more empowering.

Not every single feminist gets it right 100 percent of the time. That’s not the goal (or at least, it shouldn’t be), because it's an unrealistic one. This example of a woman not being a perfect feminist, in some interesting ways, is what makes the show feminist (how many times can I say feminist in one paragraph?)

Kaling’s character — and the show itself — broadens the idea of what it means to be “feminist.” Mindy told the Huffington post back in October of last year, “I think the death of any show is that it’s not relevant anymore.” There's nothing more relevant to me than a show that isn't afraid to show us what it's like to be a flawed, but still feminist — and that is able to laugh at both of those things. Here's to a long life of The Mindy Project (or at least a couple more seasons).