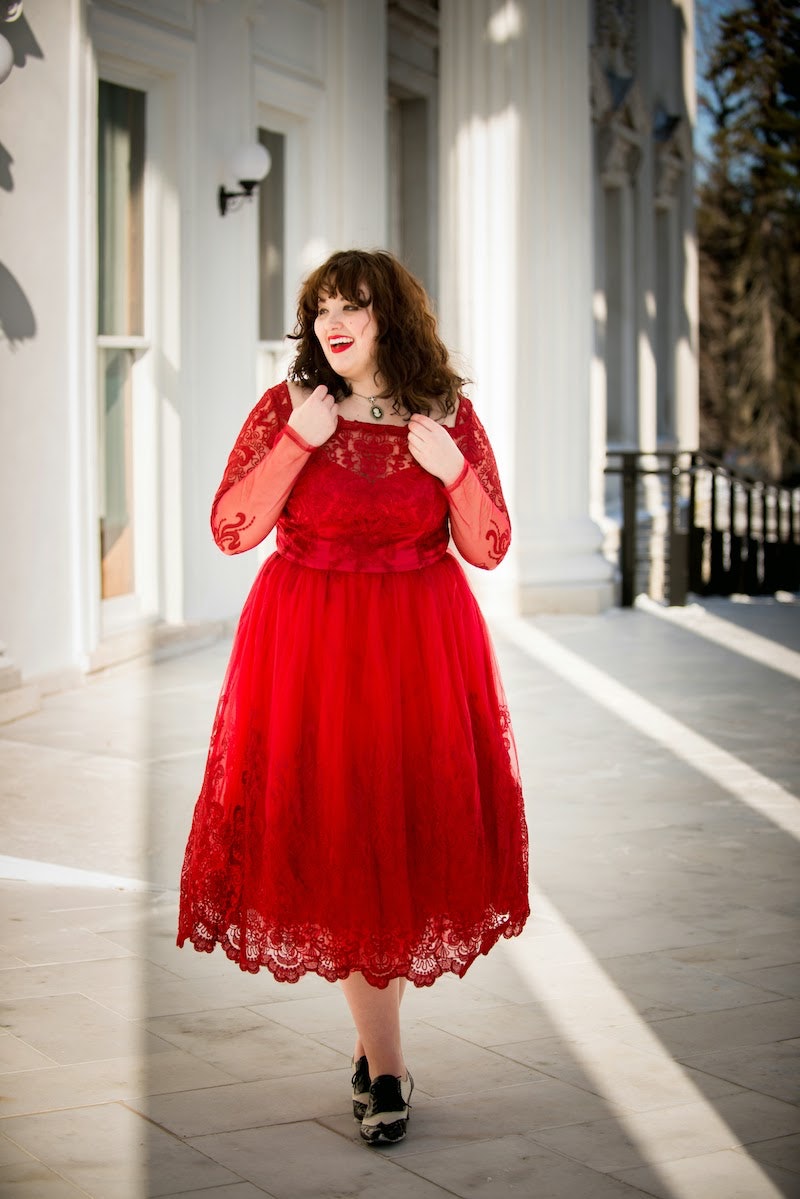 The idea of thinness as equal to attractiveness in women is so embedded in our media, our culture, our advertising, and economy, that trying to extricate yourself from it can feel like climbing out of an abyss barefoot and blindfolded. Thin is good. Fat is bad. We've been trained into this since birth, and it affects how we see ourselves and how we see — and interact with — other people. Which brings me to compliments — and how we need to see the rise of body-positive praise and compliments among women that don't rely on the thin-as-good falsehood to convey good feelings. We essentially need to start this vocabulary from scratch.

Body positivity means embracing every body shape — no concern trolling over health, no pushing down self esteem because of artificially imposed body standards. And compliments, which are how we socially convey appreciation and bonding for another person, need badly to be remade in a body positive way. Compliments about intelligence, rad problem-solving skills, or musical talent don't really need to get lumped in with the body positivity problem — though everybody appreciates them anyway. (Give lots of them. Shower compliments like you're a hurricane on the Eastern seaboard.) But when "you look fat" is essentially the worst insult for a woman, you know it's time for a revamp.

So here are seven tips for body-positive compliments and how to form them. Bodies are awesome and praiseworthy at every size — and we need to deprogram ourselves so that we convey that properly.

1. Beware Of Complements About Weight

All right, so you're steering clear of praising anybody for "looking thin". But there are other ideas to weed out of your vocabulary, too. Openly mentioning weight loss without being previously told, by them, that they were trying to lose weight is a no-no. That one's just good manners, and also avoids reinforcing the idea that they looked hideous beforehand.

Praising someone for looking "healthy" or "toned" can be problematic for this reason too — if they're just synonyms for weight loss. Basically we're trying to break the tie between "thin" and "attractive," so if you're complimenting somebody for looking healthy, it should be because their eyes look like diamonds and their skin is glowing like Lucy Liu's.

2. Know "That Suits You" Can Be A Double-Edged Sword

Telling something they're rocking their fashion choice for the day is rarely a bad move. But beware of complimenting women on things because you perceive them to be "flattering" — i.e., minimizing them and making them look as thin as possible. It's perfectly valid to compliment a flattering shade or pattern, but examine your ideas before you praise a figure-skimming dress because it hides what you don't like (or have been conditioned to believe you shouldn't).

"You look like XYZ" can be tricky territory. But if somebody is dressing like Audrey Hepburn and giving off the same air of glam, for instance, tell them — regardless of their size. Don't qualify it or make it sound awkward, either. And don't be shy of landing thinner women with comparisons to plus size body inspirations. The idea should go both ways: who doesn't want to think they give off Tara Lynn's realness?

If they're rocking parallel lines, crop tops, or skin-tight clothes when they've been told by every fashion magazine that they shouldn't, give them props. This goes for any fashion rule about any body type: skinny girls wearing stuff that shows bony bits, pear-shapes ladies emphasizing their bottom half with patterns, whatever. Frankly, if they do look a bit awkward it's likely because they think everybody's judging them. Give them the compliment and watch them live up to it. (And do not say they're "brave" for breaking those rules. It's condescending and deserves to be eradicated.)

This just takes away from everything you're trying to do. Going "you look amazing! I feel like such a fat schlub next to you" is not body positive reinforcement. It's just taking body negativity and rebounding it back on yourself. Truly body positive compliments should be made from a position of self-love: validation isn't like water that has to be emptied from one vessel to fill another.

I'm not saying "be annoyingly vague, in the way that well-meaning aunts say you've 'got a nice smile'". I'm saying embrace the full possibilities of the body-positive compliment. Talk about how much energy they seem to be giving off, what a bounce they have in their step, how much you love their strut. Bodies aren't just things that stand still to be assessed. They move and breathe and give off great vibes, and the people in them should know about it.

7. Apologize If You F*ck It Up

Look, you're probably going to do this wrong sometimes. It's not your fault. We've been so conditioned to believe that "You look so thin!" is the best conceivable compliment for a woman that it can be hard to adjust that training. If you end up focusing unduly on somebody's weight or implying something sh*tty about their body, suck it up and apologize. Don't babble on about how body positive you are: just take the lesson, hope they forgive you, and learn the lesson.