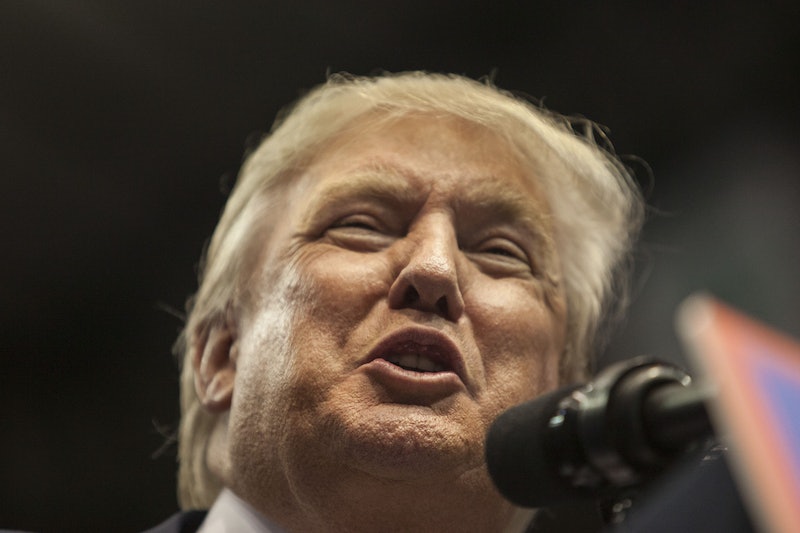 Well there you have it, ladies and gentlemen: Yet another Republican presidential primary debate is in the books, and the winners and losers will surely be hotly argued over the next several days. If there was one thing everyone was anticipating in the run-up to the showdown, however, it was how polling frontrunner and part-time Jeb Bush antagonist Donald Trump would fare. Would he be every bit as fact-free and aggressive as last time? And what would he say for his closing? Well as it turned out, Trump's closing statement in the GOP debate was basically exactly what his history would lead you to expect.

In the first debate, Trump was full of bluster, and slung his fair share of rhetorical haymakers, whether at the moderators (specifically Megyn Kelly) or at his rivals on the stage. By the time he got to his closing statement, however, he appeared a little out of gas, falling back on some pretty tired stump lines. "Make our country great again." "We don't win anymore." China this, Mexico that. By now, you likely know the drill pretty well.

And frankly, if you've been following Trump's campaign with any rigor to this point, you're likely to find a lot of familiar things in his most recent closing statement. The most outrageous, attention-grabbing moments with Trump always seem to come from when he's got a living, breathing human to rail against. Would he be able to marshal the same blustery bravado in his latest closing? Here's how he ended the CNN-sponsored debate at the Reagan Presidential Library on Wednesday night:

If I become president, we will do something really special. We will make this country greater than ever before. We'll have more jobs, we'll have more of everything. We were discussing disease, we were discussing all sorts of things tonight, many of which will just be words, it'll just pass on. I don't want to say politicians ... all talk, no action, but a lot of what we talked about is words and it'll be forgotten very quickly. If I'm president, many of the things that we discussed tonight will not be forgotten. We'll find solutions. The world will respect us, they will respect us like never before, and I have to say it's a great honor to be here tonight.

Suffice to say that it was an appropriately low-key capper to another starring turn for Trump at the debate, considering how he tried to appear a bit more respectable this time around. And unless someone else overtakes him in the polls — retired neurosurgeon Dr. Ben Carson is currently polling in second, with Bush coming in at third — we're likely to see a lot more front-and-center Trump in the debates to come. It'll be more than a month before we see these folks take the stage again, though, and anything could happen by then. The next debate is scheduled for Wednesday, Oct. 28 on CNBC.